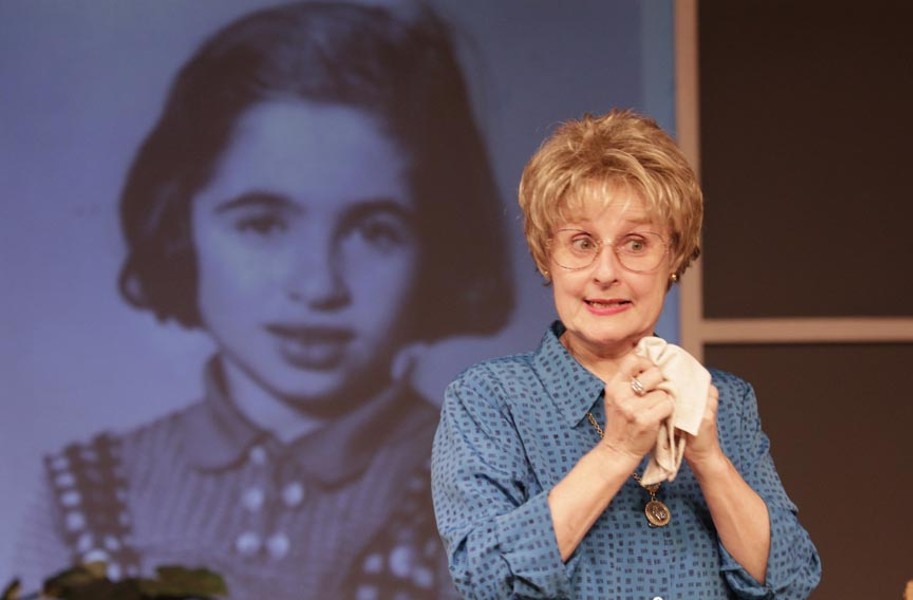 Jay Paul Actress Eileen DeSandre plays Dr. Ruth Westheimer in the fun new one-woman production by Virginia Rep at Hanover Tavern. Westheimer has at times been a sex therapist, trained sniper and a refugee in Palestine.

What is it about Ruth Westheimer that's made her such a cultural icon?

Is it the startling frankness of her talk, how she fearlessly and humorously fields questions about human sexuality? Is it her manner, the way she seems like a friendly but naughty aunt who wants you to have a good time in the sack? Or is it her unique accent that makes people want to listen, once described as a "cross between Henry Kissinger and Minnie Mouse"?

Certainly the topic of sex is titillating, but Dr. Drew Pinsky just doesn't seem to have the same cachet. Whatever it is that has made Westheimer a success, Hanover Tavern hopes to tap into it with "Becoming Dr. Ruth."

Directed by Bruce Miller and starring Eileen DeSandre as Dr. Ruth, the show catches America's favorite sex therapist while she's preparing to move from the three-bedroom New York apartment she's called home for decades. Home has a special meaning for her, we learn, and it's part of why she's so obsessed with turtles: They carry their homes on their backs, but know when to stick their neck out.

As fascinating as Westheimer is mining the topic of sex, as a character she proves equally compelling while discussing her exotic and sometimes tragic life. Born Karola Ruth Siegel in Karlstadt, Germany, Westheimer was sent to a Swiss orphanage at the age of 10 to flee the Nazis, and lost both parents in the Holocaust.

She emigrated to Palestine in her teens, and was trained as a scout and sniper because of her diminutive size. In the play, DeSandre explains how Westheimer was seriously injured after a shell exploded near her in the 1948 Palestine War. Even here, while relating this tale of trauma, the play sneaks in a dash of her trademark humor: She loved being the only woman in the recovery room.

A one-person show is only as good as its performer, and DeSandre does marvelous work capturing her essence as well as her iconic voice. Without a break, she effortlessly keeps Westheimer's German-Swiss-French-American accent going for an hour and 40 minutes without a break. Through her performance, it's easy to see why Dr. Ruth remains so likeable, always concerned with the well-being of others and promoting healthy sexual practices.

Playwright Mark St. Germain's script is packed with Westheimer's thoughts on sex, aging and life, but doesn't neglect the story of the protagonist at its center. A few of the show's nuggets: Skiers make good lovers because they wiggle their behinds. Men concerned with the size of their penises should look at their erections in a mirror. And, especially in regard to aging lovers, the mind is the most important sex organ.

As you'd expect from being in the company of the actual Ruth Westheimer, some of her wit, wisdom and charm has been imparted by the close of the evening. To quote Dr. Ruth, "Get some." S