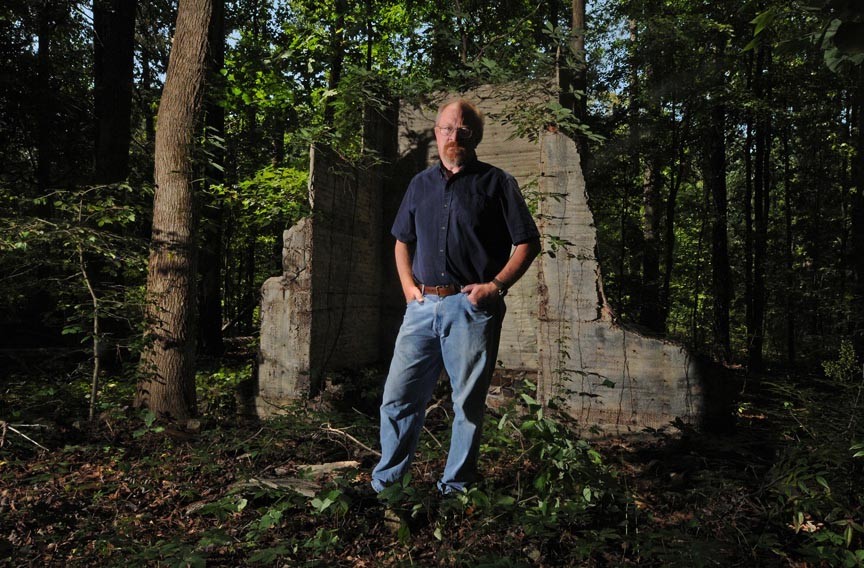 The dame was as two-faced as the Queen of Spades.

The gangsters were as cold as the ice in their whiskey.

A new book by historian Selden Richardson, "The Tri-State Gang in Richmond: Murder and Robbery in the Great Depression" (History Press), tells the story of the city's brief and terrifying time as a mob town. 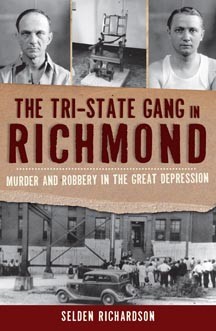 While Prohibition waned, Northern gangsters began looking for a new hustle. They found it in the hijacking of cigarette trucks in North Carolina, which they then brought north through Richmond. They built a criminal headquarters: Club Forest, a pink-stucco nightclub on Patterson Avenue in Goochland County. (You can still see its ruins in the woods.) And they started causing trouble. The first incident was the murder of a young woman named Madelyne Whelton in a downtown hotel. The gangster thought to be the perpetrator was never charged, although he was in the room when Whelton was shot in the stomach at point-blank range.

Then on March 8, 1934, Ewell M. Huband was driving a Federal Reserve Bank mail truck over a little-used bridge beside Broad Street Station (now the Science Museum of Virginia). Two parked cars blocked his way. Five men leaped out, opened the rear doors of the truck and began shooting. Huband slumped over the steering wheel, dead. The robbers fled with sacks of canceled checks and worthless mail.

The bloody and pointless crime quite perturbed "poor little fuzzy, sweaty, quiet, beside-the-highway Richmond," Richardson says. Police were stymied until a few weeks later, when a tipster fingered two members of the Tri-State Gang as the culprits. Walter Legenza, 41, was a cold-hearted killer with reptilian blue eyes. His partner, Robert Mais, was a 29-year-old bootlegger with a boyishly frank face.

Police captured Mais and Legenza in Baltimore after a bloody shootout. The star witness for the prosecution was a petite French-Canadian brunette named Lenore Fontaine, a woman associated with the gang whom Mais shot to keep quiet. She lived, and told police everything.

After a Richmond jury convicted both men of Huband's murder, they were sentenced to die in the electric chair. On Sept. 29, as the gangsters prepared to meet with their lawyer, Mais and Legenza drew smuggled pistols and began firing wildly. They injured two men and killed Richmond police officer W. A. Toot before hijacking two vehicles and high-tailing it out of town.

The gangsters weren't recaptured until January. Police tracked Mais' girlfriend first to Presbyterian Hospital, where Legenza was lying helpless with a broken leg, and then to Mais' Harlem apartment. Both men were executed Feb. 2, 1935.

Richardson first heard about Mais and Legenza from his father, who had a personal brush with the gangster saga when he was a boy. One morning in 1935, a doctor came to the house to remove the cast from a leg his father had broken. The doctor mentioned he'd just come from the state pen, where he'd removed the cast from Legenza before he was taken to the electric chair.

As well as Richardson knew the story, he discovered some surprises in the course of his research. He found the original shell casings from the gangsters' jailhouse shootout tucked away with court minutes in the Library of Virginia's archives. He discovered that someone still leaves flowers on Madelyne Whelton's grave — who? And he met one elderly Richmonder who recalled being taken to a funeral home to see Legenza's body when she was a child, as a cautionary lesson. Legenza's modest headstone rests in Louisa County, next to a house on Route 522.

"You know, this is a really bad man you have buried in your front yard," Richardson commented to the owner.

"Well shit, he was here when I got here," the man replied.

And that was that. S

"The Tri-State Gang in Richmond: Murder and Robbery in the Great Depression" by Selden Richardson (History Press, 2012) is available at bookstores across town and through online retailers.