Mobile Clothing Boutiques Search for Their Niche in Richmond 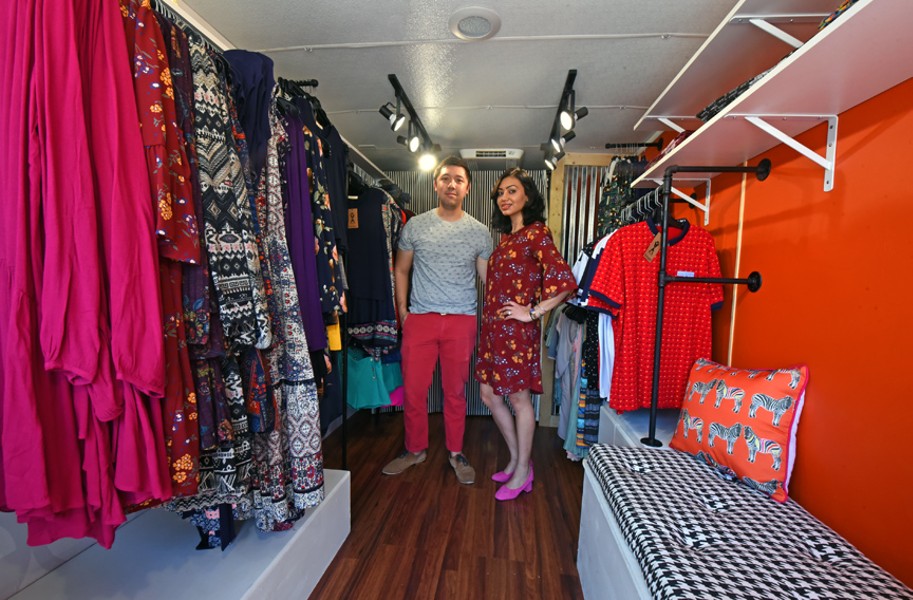 For some of the same reasons that chefs start food trucks — low overhead and low risk — within the past two years a small group of fashion enthusiasts in Richmond have launched mobile boutiques. Their offerings are diverse: print blouses and dresses geared toward West End women, slim-cut, colorful men’s polo shirts and beaded Morse code bracelets made in Thailand.

Although Richmond’s fashion truck entrepreneurs started their businesses on their own, some have banded together to increase their visibility in the community. They’re meeting with city officials and area business owners to find places to park their vehicles, making this business model more viable.

“We’re still trying to find our niche,” says Chris Suarez, who owns Textures Trend Co. with his wife, Harneet Kalra. “The laws are very conservative here.” Permits and festival fees are major costs that force truck owners to decide carefully where they can park and what they can’t afford.

Last summer, when Textures was brand new, the couple took the truck — a renovated trailer painted by artist Mickael Broth — to Carytown’s Watermelon Festival. The fee was high, but a lot of people saw the boutique, which sells current trends for both men and women with a focus on European-style looks — the clothes have fewer splashy labels and more tailored cuts. Still, the sales weren’t enough to justify the cost, so the couple isn’t sure they’ll bring it to the festival next year.

When Suarez and Kalra were in Charlotte, North Carolina, and Denver, they found the atmosphere more casual and accepting of trucks parked on streets. Suarez says he hopes for the same in Richmond, mentioning Regency Square Mall and strip malls as potential locations.

To achieve this goal, Textures has joined four other mobile boutique owners to boost their voices, including two of the area’s first fashion trucks: Love This RVA and Clavillè.

Clavillè, started in January 2015 by seamstress Claudia Villegas with her husband, José, keeps a regular schedule of stops in the far West End. Her truck’s clothing and accessories appeal both to younger and middle-aged women, and the $70-or-less prices and quick turnover — Villegas buys no more than six of each piece — bring customers regularly.

On Wednesday afternoons, the converted bread truck — painted turquoise and featuring a private dressing room and cushioned seating — parks at an Exxon station on Nuckols Road. Women walk in to try on batik blouses, embroidered denim dresses and long necklaces with large pendants and beads.

“Finding places to set up is not easy,” says Villegas, who began her wedding gown alteration business here 15 years ago. “I used to go to a lot of festivals,” she says, but it was too expensive and less profitable once she found her regular customers in the Short Pump area.

“My aesthetic is more of a neutral color palette,” she says. Right now, pale pink and mustard shades are popular in her boutique, and so is minimalist jewelry — like the Morse code bracelets that benefit women who escaped Thailand’s sex trade. Singh searches carefully for her products at handmade wholesale conventions in New York. Her customers are asking for more clothing and infant items, so that’s what she’s working to find now.

Love This and Textures’ owners have high hopes for the future, including the possibility of brick-and-mortar stores. Kalra, who studied biology at Virginia Commonwealth University, fell in love with fashion a few years ago. She’s taking sewing and designing classes, and hopes to start her own line within the next four years. Singh is considering partnerships in other cities for more Love This boutiques.

Villegas, on the other hand, is happy with Clavillè’s status, and she’s also busy with her original alteration business.

To find out where the boutiques are, follow Love This RVA, Textures Trend Co. and Clavillè on Facebook. 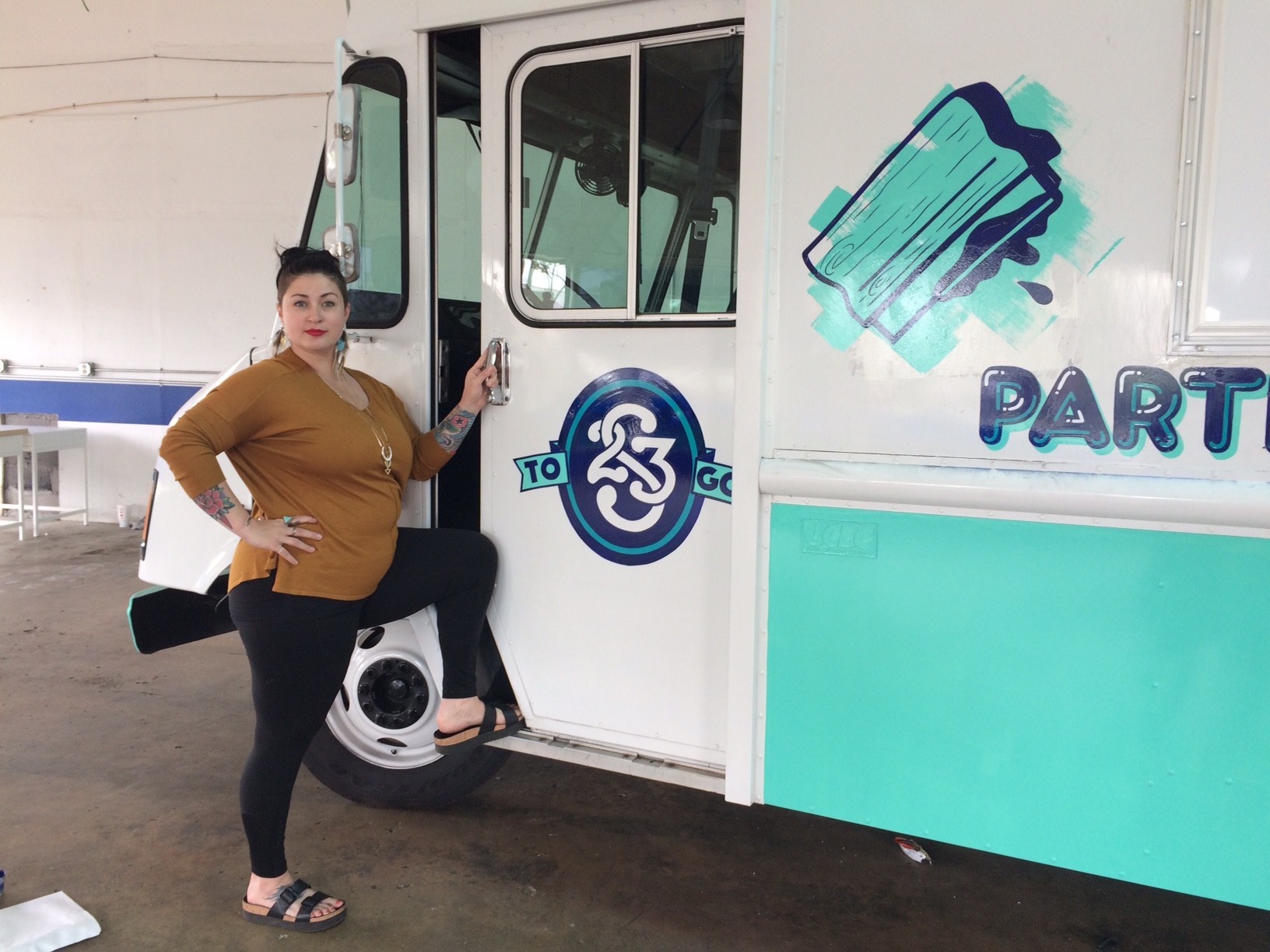 The New Kid on the Block: Studio 23

Joining the convoy of fashion trucks is S23 to Go, a mobile photography and printmaking studio and retail shop launched April 22 by Studio 23 via grants and an Indiegogo campaign.

Painted to resemble an ice cream truck — and, yes, there will be music from Bluetooth speakers — the vehicle allows participants to make screen prints, take photos and develop them, and also buy T-shirts, tote bags and other items made at the studio.

Most importantly to Studio 23’s mission, the truck will visit schools in the region, with no charge for Title I schools, says Ashley Hawkins, the studio’s executive director. “It’s all the magic of Studio 23 in a vehicle.”