In a slew of recent roles, a young actor brings range and ribaldry to the stage 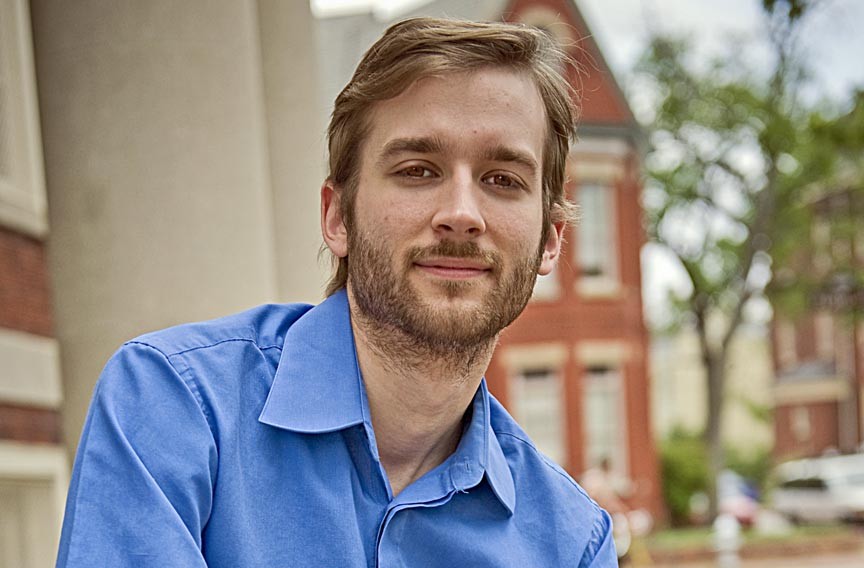 What does a nebbishy, modern-day teen preoccupied with anagrams have in common with a handsome, flamboyant, but pathologically lying dandy from the 17th century? These are just two of the half-dozen characters that red-hot actor Matthew Mitchell has played during the last year in major area stage productions. And while these wide-ranging roles reflect a run of extreme good fortune for a young actor, they're also the result of a very specific goal set by Mitchell while a student in the acting program at Virginia Commonwealth University.

"When you are a senior, you do a showcase about halfway through the year," he says. "When I did mine [early last year], I got good responses but also a lot of comments like, 'You don't really have anything on your résumé,' 'You've never been a lead before.' So I set a goal to get more credits on my résumé." With a slight, self-deprecating stammer, he says, "I feel like I've accomplished it pretty well."

Mitchell offers this slice of understatement while dazzling crowds in Henley Street Theatre's production of "The Liar," a ribald tale of love and laughter featuring Mitchell as the title character, a 17th-century nobleman who never tells the truth. The scenery-chewing role has brought him to the attention of a broader audience, but he really caught the eye of theater insiders in Cadence Theatre's "Kimberly Akimbo" last fall. Mitchell played Jeff, an awkward teenager who becomes attracted to Kimberly, a girl who ages at more than four times the normal rate because of a rare disease. Mitchell's scenes with Irene Ziegler, a stage veteran 35 years his senior, were as honest and sweet as his current scenes in "The Liar" are bawdy and ridiculous.

Anna Johnson, the artistic director at Cadence who directed Mitchell in "Kimberly," says the actor constantly surprised her. "I cast him because, when he auditioned, he really read from the heart, from a very vulnerable place," she recalls. "I'm most impressed by his total lack of ego. He never pushed anything or went over the top."

That unpretentious demeanor comes across in person. Sitting outside Ellwood Thompson's Local Market on a sunny afternoon, Mitchell is tall, lean and handsome in a regular-guy kind of way. Originally from rural King George County, he takes acting seriously, explaining how he used his exploration of archetypes at VCU to inform his portrayal in "Kimberly Akimbo." But he's no self-aggrandizing artiste: His description of his most rewarding role as a tortured writer in the devastating drama "The Pillowman" is filled with appreciation for the audiences who came out to see the small independent production in December.

Mitchell already has scored his next role, a part in Barksdale's "Nice People Dancing to Good Country Music," planned for this summer. He's happily ensconced in a relationship with another acting powerhouse, Maggie Horan, who landed an award for best supporting actress in a drama from the Richmond Theatre Critics Circle last year. While enjoying his time in the local limelight, Mitchell knows inevitable decisions loom about moving to a bigger market. "There are a lot of opportunities elsewhere but I haven't decided," he says. He acknowledges one point, though: "If I'm going to stay here, I need to set a new goal." S

"The Liar" runs through this weekend at CenterStage. Go to henleystreettheatre.org or call 800-514-3849 for tickets.