Virginia Republicans may have a majority, but their reactionary social agenda has received a resounding “nay” from the people it would directly affect. 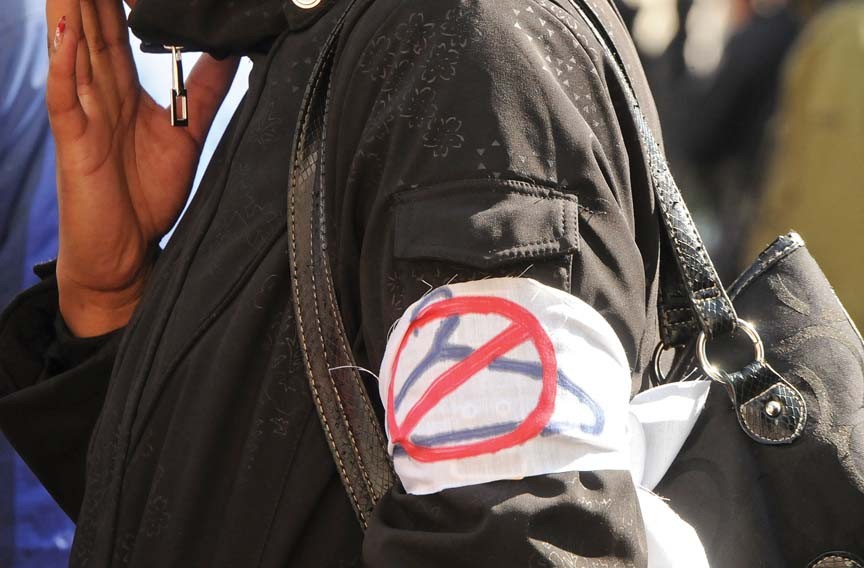 During the past month or so, I've heard several people say they're ashamed to be Virginians. I always tell them I don't understand what they mean. "Things are going great in Virginia," I tell them. "In fact, we apparently have so few economic problems that our legislature's top priorities involve guns and abortion."

Since the beginning of this General Assembly session, empowered by their sort-of majority in the state Senate, Virginia Republicans have wasted no time trying to implement all manner of culture-war legislation, pertaining to such issues as gay rights (the odious "conscience clause" bill, which would allow private adoption agencies to deny adoptions based on sexual orientation, religion or disability), gun rights (the repeal of the one-handgun-a-month law) and, most notably, abortion rights.

It's this latter issue that appears to be the last straw, both for Virginia activists and out-of-state observers. The first bill to arouse national controversy was the so-called personhood bill sponsored by Delegate Bob Marshall, the Tracy Jordan of the General Assembly. Marshall's bill gave fertilized eggs legal status as persons, a proposal so radical that a ballot initiative establishing such status was defeated in Mississippi last fall.

The second was a bill amending the informed-consent law, better known colloquially as the ultrasound bill. True to its name, the bill mandated that women be subjected to transvaginal sonograms prior to abortions. The kicker was that even though the bill ostensibly was meant to try to coerce women away from abortions by showing them images of the fetuses, it specified that women wouldn't actually be required to look at the images — just to have the ultrasound procedure. It was difficult to read specifics like this and not wonder if this had a purpose other than abject humiliation of women. When both bills passed the House of Delegates, things looked fairly bleak.

But then a curious thing happened: The people of Virginia roared back, loudly enough for a statehouse that had no real legislative barriers to passing the bills to take notice. There'd been rumblings of a backlash from the beginning. At the national level, notables such as Jon Stewart, Rachel Maddow and "Saturday Night Live" alumna Amy Poehler registered their disgust, with Stewart astutely pointing out the irony of Marshall, who once compared health-care reform to rape, supporting a bill that would coerce a woman into inserting an object into her body.

Soon after, on Monday, Feb. 20, came the most effective rebuttal yet: More than a thousand women and their male allies gathered at the General Assembly in silent protest of the bills, a spectacle that made it onto several national news sources.

Things started happening even faster. The state Senate declined to take up either bill the day of the protest or the day after. Then Gov. Bob McDonnell, who probably answers the phone, "Can I please be vice president?" abruptly withdrew his support for the ultrasound bill. McDonnell, who initially said he would sign the bill if it reached his desk, called for it to be amended, replacing a transvaginal ultrasound with an abdominal one. The amended version that passed last week still is awful legislation, but it's fairly remarkable that McDonnell and his Republican allies blinked on a bill whose success at first seemed like a foregone conclusion.

Later that week, having reached the Senate, Bob Marshall's personhood bill unexpectedly was returned to committee, effectively benching it till 2013. Despite his frantic backpedaling, McDonnell's dreams of a spot on the Republican presidential ticket look fairly grim; both Salon.com and The Richmond Times-Dispatch have pointed out that while McDonnell clearly wants to present himself as socially conservative but electable, he'll most likely be known as "that forced ultrasound jerk" at the national level for the foreseeable future.

This scenario of an overreaching state government reaping the whirlwind is hardly new. Last year Ohio Gov. John Kasich had his union-busting signature legislation repealed by voter referendum, and Wisconsin Gov. Scott Walker is the target of a well-organized recall initiative. That said, during the past few weeks the General Assembly inadvertently has done two things that are going to cause it huge headaches. First, lawmakers have brought the national spotlight onto their regressive agenda. Second, they've discovered that not everyone responds well to such things as calling abortion a "lifestyle convenience."

More than that, they've given a second wind to a resurgent American feminist movement, which already was energized over recent battles such as the Susan G. Komen-Planned Parenthood controversy and the Obama administration's contraception mandate. Virginia Republicans may have a majority, but their reactionary social agenda has received a resounding "nay" from the people it would directly affect. From here on out, it's going to be pretty difficult for them to preach "less government" and expect anyone to keep a straight face. What's not to be proud of? S