Miss Mix-a-Lot: The Marketing Mixtape’s chief executive explains how she took the plunge on her boutique agency 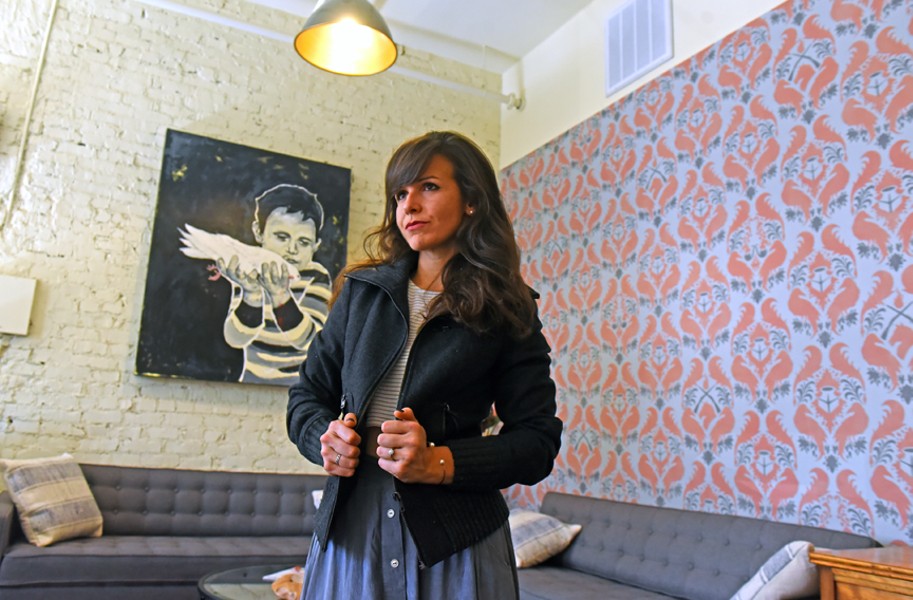 Scott Elmquist Whitney Asher, who is based in the Black Iris building, is making it her goal to help market bands of all levels.

In 2014, Whitney Asher went to intern at Capitol Records in Nashville, "not knowing a soul." She returned to Richmond with a newfound network of artists hungry for representation and branding advice.

She made sure to bring back the plaque she always carried with her, which reads: "Chase your dreams." A year later, she launched a boutique agency called the Marketing Mixtape, because she believed that "nothing should keep a musician from chasing their dreams, especially the business side of the industry.

"I'm motivated by the idea of helping bands no matter where they are," she says. "We work with every single band that comes to us, no matter what genre or stage in their career."

Hence the "mix" in Asher's mix tape, since she works with people as varied as Chinese pop celebrities, "The Voice" contestant Evan McKeel and unknown artists. Now she's turned this side hustle into a full-time gig, and has begun digging into Richmond's music scene. Her local roster includes rising stars like Thorp Jenson, as well as artists such as Kenneka Cooke and Colin and Caroline. She says "inspiration analysis" is one of the most interesting services she's recently provided to local musicians. "I do market research reports for bands on their fan base and help them design their perfect fan," she says, which can be crucial in a scene with niche genres.

Not that her mission came fully formed, straight out of the box. Exploration was required. "It was not as articulate as it is now," she says. "I've come to find what people need." Some bands, after letting her take the reins on a publicity campaign, come back and ask to be taught how to run their own. In an industry that often values viral overnight fame above all else, Asher says she wants to empower bands and help them pursue their own success, "without having to wait on the industry to recognize them."

Asher even decided to assist bands with a no budget. The idea is to not only to be a sounding board for shoestring bands, but to be an information resource for them on topics such as copyright law. It's about creating an oasis of trust in a competitive industry, she says.

As for taking her own leap of faith by going full-time in February, Asher was as surprised as anyone else. She had previously been working as a strategist at ChildFund International, building on her Virginia Commonwealth University Brandcenter graduate school experience. She now has three interns , and a part-time team of five that works in cities as far away as Boston.

Events are lining up to be the next track on Asher's mix tape. On March 6, she sponsored the latest in the Shockoe Sessions series, which was founded by producer Carlos Chafin. Audiophiles came to In Your Ear studios to hear some Americana by Sid Kingsley (and quaff some Hardywood beers, of course). On May 5, Asher will hold a workshop at Black Iris for a closer look at how to market in a changing industry.

What advice can Asher tease for budding local artists wondering how to get their names out?

"A lot of bands don't think of themselves as business owners," she says. "Business doesn't have to be boring, it can be fun and take you where you want to go."