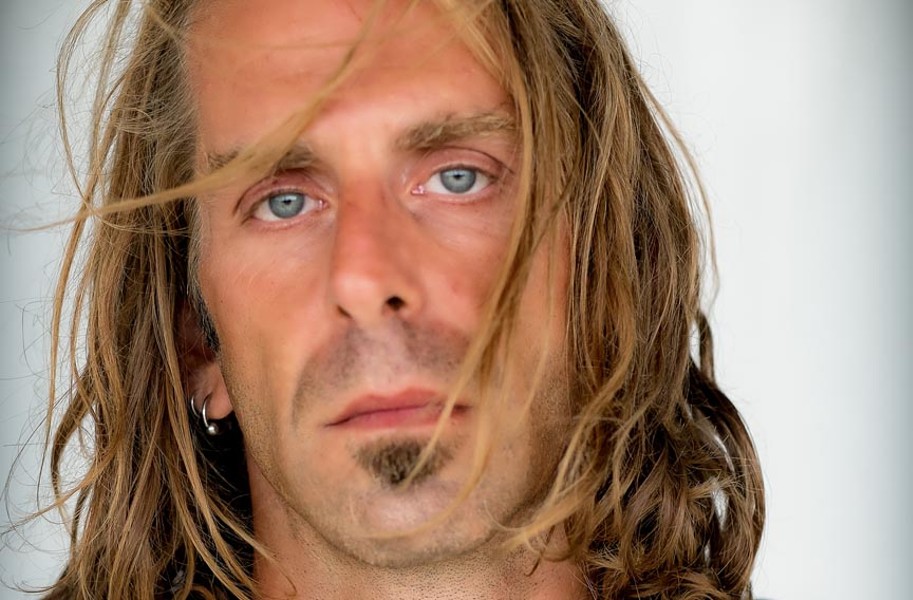 A self-portrait by Randy Blythe, whose first book is out this week. "You're about to discover a writer whose mind and heart are completely alive on every page," writes National Book Award-finalist and local author Kevin Powers, on the jacket blurb. "It absolutely blew me away."

It’s been 30 years since I’ve spoken with D. Randall Blythe.

The last time was when we were gawky teenagers, campmates in a summer program at the University of Virginia. Blythe was a skinny, hilariously brazen skate-punk kid, always toting his Vision Gator skateboard, with a knack for questioning authority in most situations. We joked around often and discussed punk and metal groups such as the Sex Pistols, Motorhead, and the then-relevant Mötley Crüe — whose song “Shout at the Devil” we changed to “Dave Is the Devil” in honor of our camp counselor.

The 44-year-old Blythe who greets me at Mom’s Siam is a different beast. He’s an international heavy metal star, the lead singer for one of Richmond’s most successful musical exports, Lamb of God, which has been nominated for multiple Grammys and sold more than two million records. Still thin but with more wiry muscle, he stands more than 6 feet tall with thin locks pulled back, wearing a black T-shirt and board shorts.

“Dude, this is crazy,” he says, taking a bar stool beside me. “I was just talking to [Mötley Crüe bassist] Nikki Sixx about ‘Shout at the Devil’ the other day.”

It only takes one look at that mischievous grin to realize that some part of Blythe remains: that same smartass skater kid we all liked, the guy who drew anarchist symbols all over my textbooks. But in addition to befriending his childhood idols, playing stadiums packed with rabid fans, and maintaining an Instagram account with more than 91,000 followers, Blythe has seen some of hell along the way, too. 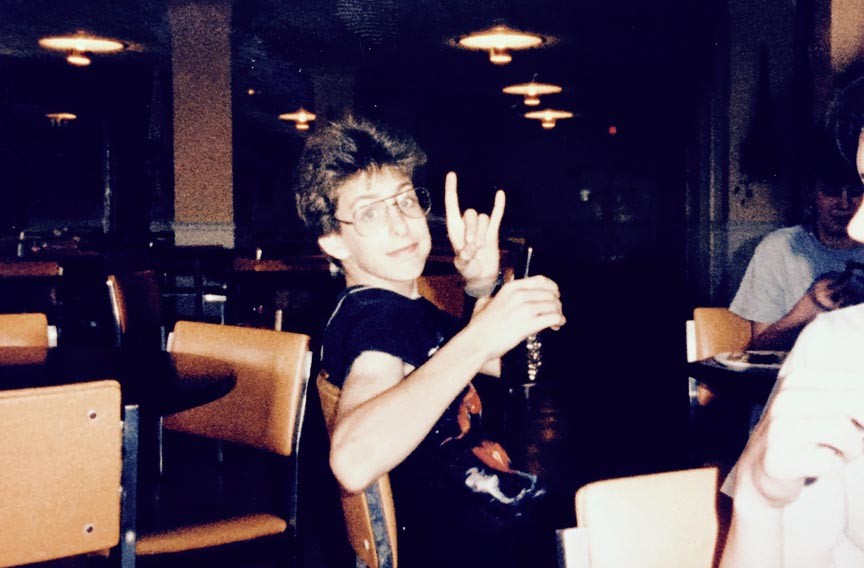 He’s been through a marriage that failed and was a raging, destructive alcoholic for years. He’s been sober since 2010 and is happily married to a woman who attended that same Charlottesville camp. But after he was rejuvenated by sobriety, he almost lost everything three years ago after being locked away for a month on manslaughter charges in a hellish Prague prison.

The charges involved a 19-year-old fan, allegedly pushed off the stage by the singer at a 2010 Lamb of God show in Prague, The man died weeks later after complications from a brain injury. Blythe was fully exonerated after a lengthy, expensive and confusing trial. The harrowing details of his jail experience and trial form the backdrop for his new 500-page memoir, “Dark Days” from Da Capo Press. The book arrives this week.

“I wrote the book in order to help clarify my situation,” Blythe says. “People ask me what prison was like and I can only tell them it was like being in a Misfits song.”

While behind bars in the infamous Pankrác prison, Blythe had two Mongolian cellmates, one named Dorj who whistled incessantly and made paper swans out of everything. “It drove me nuts,” Blythe says. “And he had a real hard-on for Obama, always calling him our ‘monkey president.’ … I think the Czechs thought it was like a sitcom. Two Mongols and an American rocker in a Czech prison. It was custom-made for absurdity.”

Blythe’s book is striking in its depiction of the ruinous conditions inside the historic prison, where Nazis once used a guillotine to behead more than a thousand Czechs in two years — not to mention the slow-moving, archaic state of the Czech legal system. One of Blythe’s fellow prisoners, an Irishman and one of the few other prisoners who spoke native English, had been held six months without being charged.

“The Czech Republic has a history of occupation and constant shifts in power,” Blythe says. “They’re just really kind of finding their way.” He notes that a Czech professor and member of his six-person legal team is trying to help reform the system. “But after paying my bail twice,” he says, “I wish they could’ve learned faster.”

Since getting sober, Blythe’s creative endeavors have blossomed. In addition to the new album and book, he recently had a successful photography show in New York, attended by friend Damien Echols of the Memphis Three. He published a book of photos and wrote music for a Richmond Ballet production. He says he’s most interested in writing more, perhaps fiction next time.

But “Dark Days” is the tragic story he felt compelled to write first. To this day, he writes that he accepts moral responsibility for the young fan’s death. He now simply wishes the band never had agreed to play that ill-fated show, where he says security was lax and contract conditions were unmet.

Blythe says that a literary agent approached him early on, pushing him to write the book before his memory faded. So he sequestered himself in Cape Fear, North Carolina, near where he grew up, and periodically sent chapters to friends including acclaimed local writer Kevin Powers, author of “The Yellow Birds,” as well as friends Duff McKagan of Guns N’ Roses fame, Corey Taylor of Slipknot and music journalist and author Michael Azerrad.

“One of the many interesting things about ‘Dark Days’ as a rock memoir is that there’s not much rock in it,” says Azerrad via email. “Randy does write very insightfully and amusingly about some aspects of being in a rock band, but mainly the book is about being in prison. I’m not aware that a rock musician has done that before.” 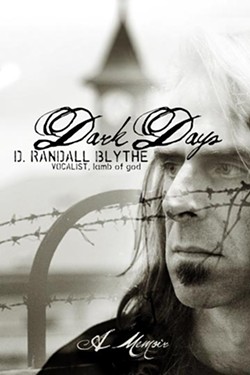 Prior to this book, Azerrad asked Blythe to become a contributing writer for his the Talkhouse site because he was deeply knowledgeable about different genres of music, but also because he “reads a hell of a lot of books, which means he thinks a lot about writing prose.”

“Dark Days” reads well as an eyewitness account and journal of conscience in a surreal, Kafka-esque situation: Blythe displays a fully-formed voice that’s highly idealistic, hilariously withering at times, and steadfastly committed to his moral code — which pushed the singer to return to the Czech Republic and stand trial instead of skipping out on his $400,000 bail. He faced 10 years in prison.

Blythe says his band is only now beginning to recover fully from the financial strain and tour stoppage. He returned from a month of shows in Europe a few days before last week’s interview. Lamb of God has a new album, its eighth studio release (“VII: Sturm und Drang”) due out July 24. Its last album debuted at No. 3 on the Billboard 200 chart.

In prison, Blythe had his own names for the hard-to-decipher guards, Tom Selleck One and Two, and Bradley — because the guy “just looked like a Bradley.” Like a good journalist, Blythe began taking detailed notes about his surroundings as soon as he could secure paper.

In this excerpt from “Dark Days” shared with Style, Blythe details part of his first day in prison, a time when he understood little about what was happening to him, or whether he would be getting out of jail while he could still head bang. — Brent Baldwin