On its 350th anniversary, Swift Creek Mill Theatre goes for a $1.5 million facelift. 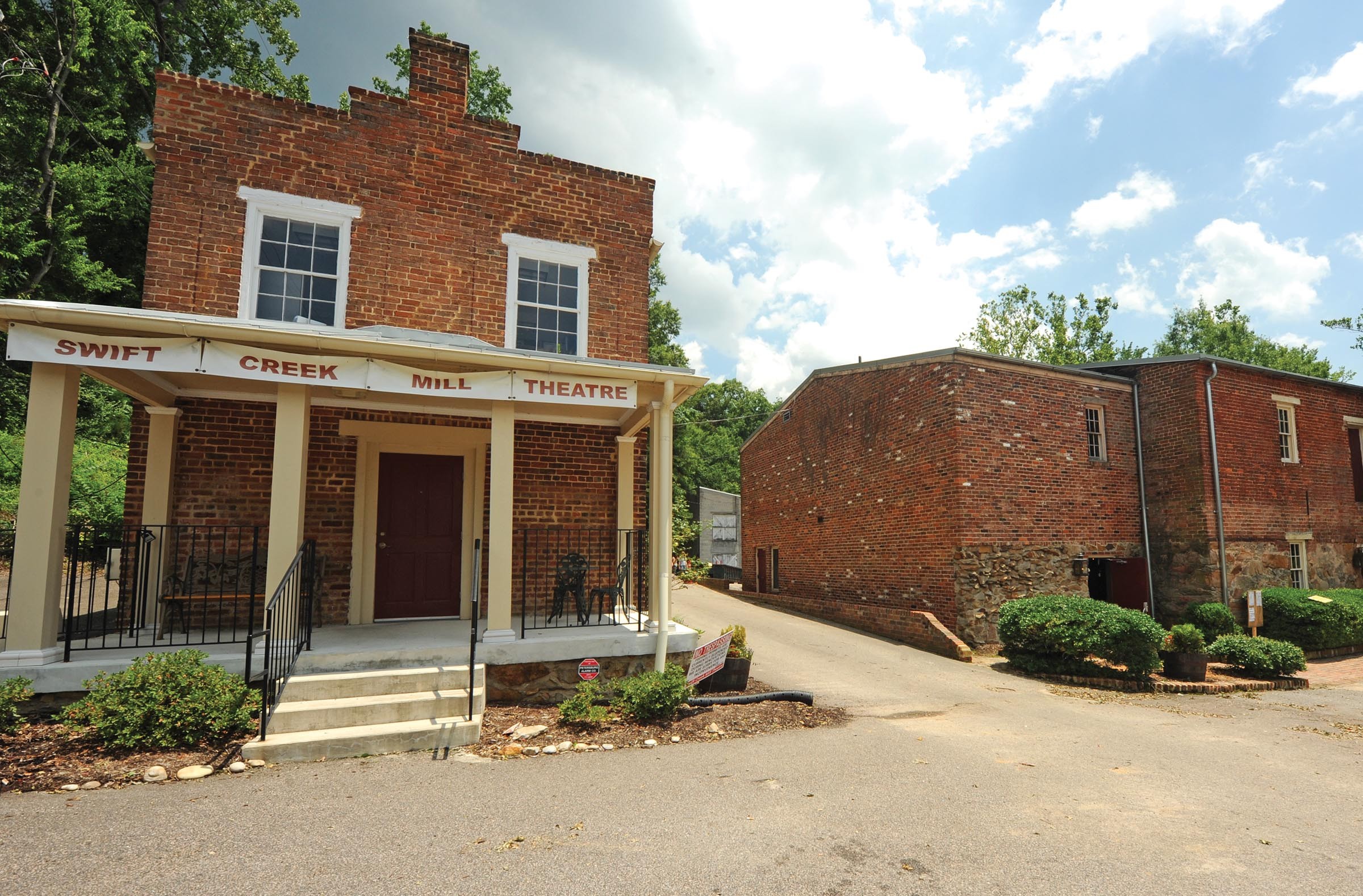 Even in a state with as many historical treasures as Virginia, a 350-year-old building is something of a rarity.

No one's sure of the exact date Swift Creek Mill in Colonial Heights was built, but its earliest mention dates to 1663. Historians believe the structure, listed on the National Register of Historic Places, to be the oldest surviving grist mill in the country. It was re-purposed as a theater in 1965.

This summer, while it marks its 350th year of existence, the mill has closed for some much-needed improvements. In the roughly $1.5 million renovation, the theater will gain a new roof, upgraded heat and air conditioning, an additional entrance, a new lighting booth, new sound and lighting equipment, new kitchens, a fire sprinkler system and an addition for new dressing rooms.

"It's huge for us, and it's been a very, very long time coming," Width says. Aside from repairs, Width says that few upgrades have occurred since the mill was converted into a theater in the 1960s. "The nicest thing I can say about our lighting system is that it's vintage."

The theater also is adding an elevator, larger restrooms and handicapped seating, which will bring the building in compliance with the Americans with Disabilities Act of 1990. As a historic building, compliance never has been mandatory, but as the theater company's audience skews older, these developments will help the theater maintain its patrons.

"We know of people who say, 'We just love coming to the mill, but we can't do the stairs anymore,'" Width says. The stairs also challenge theatergoers with disabilities. When it comes to school groups, Width says he's carried children in wheelchairs up the stairs for shows.

The mill's owners say they've wanted to upgrade the property since they purchased it in 2005, but were unable to do so till now.

"We were losing an audience because of [the need to renovate]," says Nick Walker, vice president of Roslyn Farm Corp., which owns the mill. "We've finally been able to do it."

Becoming compliant also means that the theater may apply for grants through the National Endowment for the Arts and the Virginia Commission for the Arts. The theater company also is purchasing assisted listening devices for the hearing impaired.

Renovations began May 5, with the corporation paying $1 million, and the theater company paying $450,000. The nonprofit theater will reopen in the fall with a gala Nov. 1 and 2 to help raise money for the improvements. To accommodate the renovations, Swift Creek canceled its summer show, "See How They Run," but hopes to be up and running in time for its Christmas show. Even though the company is losing the stage for a few months, Width says next season will still see five main-stage shows — just in a compressed amount of time.

But for the folks at Swift Creek, this time off will be well worth the wait. "It's a community treasure," Walker says, "and we want to make sure that future generations will enjoy it." S