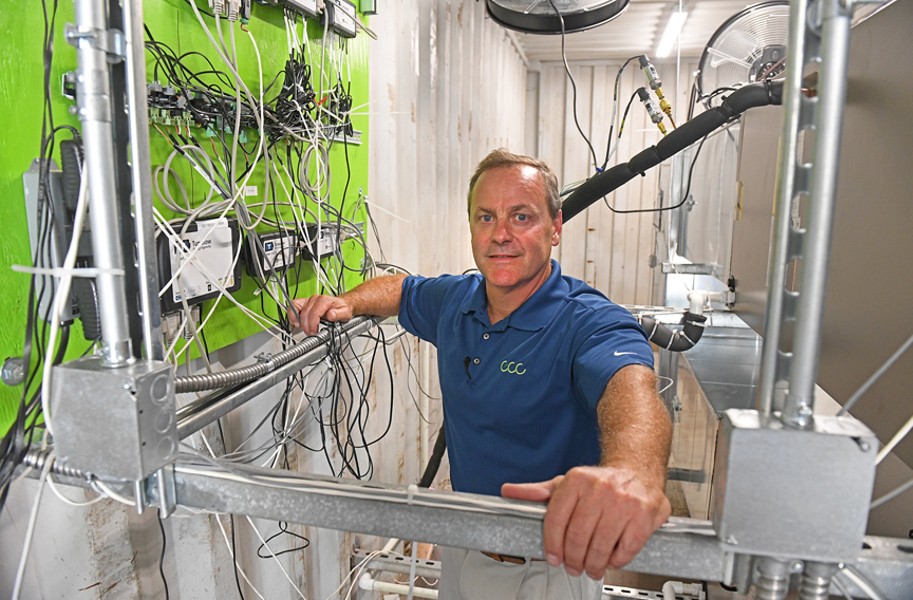 Mike Scelzi has hated waste his entire life, noting that he’s been auditing energy bills since his early teen years.

Today, the 52-year-old holds a dozen patents within the energy efficiency and accounting realms, which include automatic thermostats and smart valves that sense water flow in commercial buildings.


But his latest innovation could be a game changer, he says, describing it as “the culmination of my life.” The company is called Wala, and it uses real-time analytics and solar power to assist heating, ventilation and air-conditioning units, allowing compressors to do less work.

“You get the same amount of cooling and lower costs,” he says. “It’s going to change the world.” The company is cleverly named after an aboriginal sun goddess who stored the sun in a bag after the Earth got too hot, he explains.

Scelzi offers a customized service for commercial clients that includes real-time monitoring sent to his Cloud service, where he can diagnose a problem early and quickly. For example, a recent fix to a transfer switch, a “fire and life-safety issue,” saved a customer roughly $39,000, he says.

“We do a checkup every minute,” he says. “It’s an energy happy meal. If everything’s green, you go about your daily routine.”

Incorporated last month, the business already has about 18,000 pieces of equipment hitting the database every minute, he says.

Wala is an opportunity-zone business, which means it falls under a federal tax incentive program available to investors with capital gains.

The smart building market is expected to grow to $61.9 million in the next five years, according to a recent report from Zion Market Research.

The company is already working in various states through word-of-mouth and Scelzi says he hopes to move into the residential market in the third quarter.

“Cost for energy is creeping up in Richmond,” he says. “We’re starting to get a lot more charges from Dominion. Plus people are more concerned about the environment. There’s a convergence happening. … Connectivity is power.” — Brent Baldwin

Back to The Innovation Issue