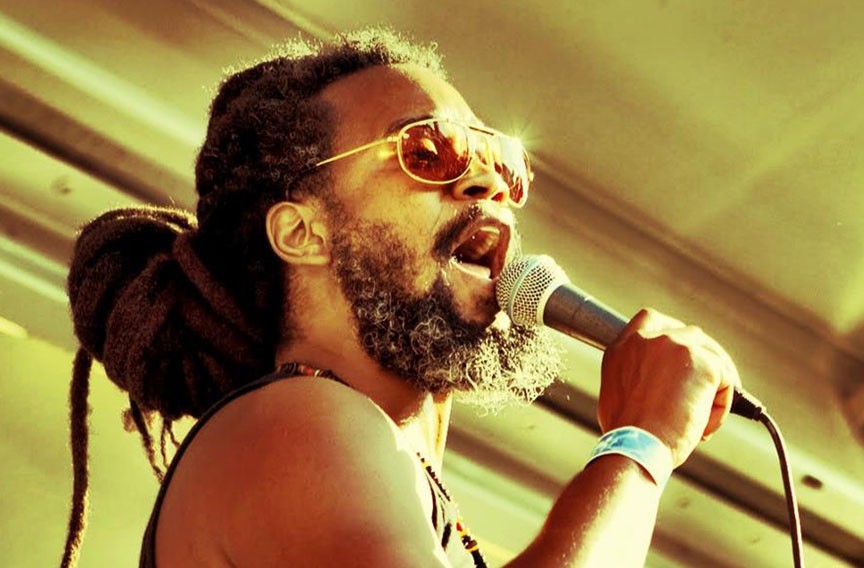 One of the key figures in the local reggae scene, Mighty Joshua is celebrating his self-titled solo album with a release party at Balliceaux on July 18.

Joshua, whose real name is Joshua Dowell-Achalam, 36, is known as a percussionist and singer who is a member of local reggae group, Antero, and has performed with Richmond Dub Collective and Jah Revelations. Originally from Charlottesville, he moved to Richmond in 1995 and has also recorded on albums by his Fulton Hill neighbor, blues guitarist Corey Harris.

Prior to his work as a musician, he was a manager and D.J. with the local company 3 Brothers, 1 Million records, which helped familiarize him with the growing reggae scene in Richmond (most of the biggest reggae audiences in Virginia are in the Norfolk and Tidewater area). As a solo act, Mighty Joshua debuted to 4,000 people in the Hampton Coliseum as part of the Hampton Reggae Fest.

Style: How did the solo album come about?

Mighty Joshua: We had a keyboard player come in Antero, Chris "Peanut" Whitley, who has toured the world playing with Jamaica's greats. Now he's a road manager and keyboardist for Kenyatta Hill of Culture. He sat in with us and he told me, "The crowd really responds to you when you sing, let's do an album." I only had three songs, but he started sending me music. Next thing I knew I had written 12 songs.

What do the "socially-conscious" lyrics involve?

One song I wrote "Thema Watching" is interesting. A lot of people hear it and think it's about being watched by negative eyes, or the government. This is more about being watched by children and us being adults, because they are watching everything we do and we should set an example. "Locks of Oppression" is about the grooming law in Virginia — this law pertains to inmates in the state pen. If you're there, your hair can't be past your ears, cannot touch your shoulder, unfortunately. Rastas grow their hair for religious purposes. I felt that law was a violation of freedom of religion. At one time, I was going to Mecklenburg [Prison] and trying to inform people about Rastafari, as well as helping provide an affordable diet for them.

What was your reaction to the infamous Toots Hibbert incident?

At the time, my producer was overseas. Both him and Corey Harris sent me messages asking what was up. Guys were really upset. Toots is looked at as the grandfather of reggae. So it's like somebody hit your grandfather with a bottle. People were saddened and ashamed. Then I saw a huge movement of people trying to make sure Richmond did not get a bad rep. The reggae community came together, Smooches for Toots, the banner went around. We really let him know that this one idiot doesn't represent Richmond.

Tell me about the Makindu Children's Program in Kenya?

I've been raising money and awareness for the spread of HIV in sub-Saharan Africa. There was an orphanage I found out about through a Peace Corps volunteer named Michael Farley. These are kids who have been orphaned whose parents died from AIDS. Some kids walk for days to get there. It's run by locals, Kenyan great-grandmothers who educate and feed them — find families for them.

In 2010, I raised money stateside to sponsor our walk out in the middle of nowhere — West Pokot — 155 miles in 10 days — bush conditions, mountainous, rocky. While we were there it rained the entire time. I saw a dry riverbed go from being dry to water coming through like a train. There were scorpions, bandits.

So how did you get your name?

"Mighty Joshua" was the second song I ever wrote. It's not about me, it's about Joshua in the Bible. My mother used to read the book and I thought it was about me. The story itself was a guiding story, the moral about being a good leader, being strong, courageous, being fearless. One of our best fans, she started calling me Mighty and it just caught on . . . I figured, after you do something like that [Africa] walk, you can call yourself whatever you want. S

Mighty Joshua performs with guests on Thursday, July 18 at Balliceaux at 9:30 p.m. The album is available on iTunes, Amazon, and CD baby