The tradition of spooky late-night movies is alive and well, beamed from the Byrd. 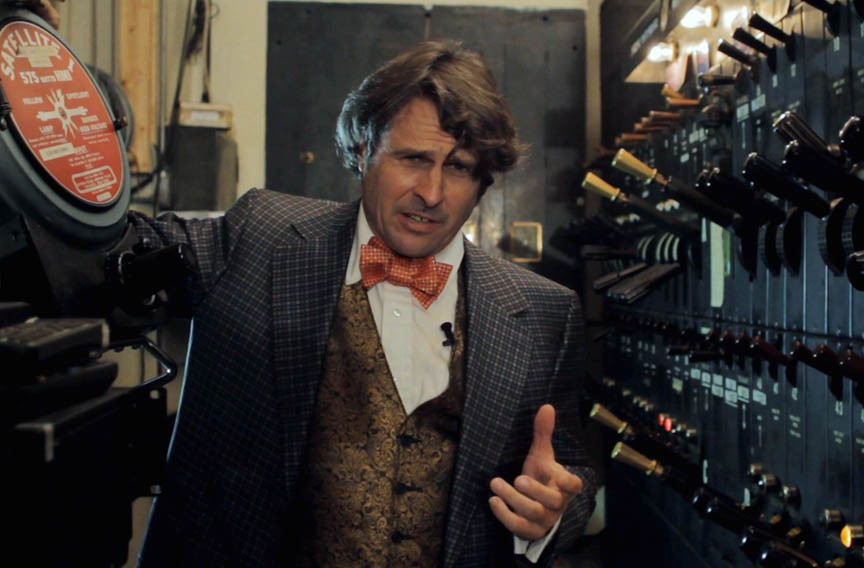 It's nighttime at the Byrd Theatre.

The marquee flickers, and the camera pans to a full moon. The sky is filled with bats and an evil laugh is heard over ominous music. It's time for another installment of "Midnight Frights," a locally produced television show airing on WCVE-TV.

Armistead Spottswoode, Armistead Wellford in real life, is the host of old horror and science fiction films from the Byrd once a month. In the style of the old midnight-movie shows that began in the 1950s, Spottswoode adds comedic asides to the sometimes terrible films that "Midnight Frights" shows.

"There's been some kind of midnight movie host in Virginia since 1954, but we're the first ones to do it since the mid-'90s," says Eric Miller, the show's creator and producer. Miller and crew have finished 11 episodes so far, and are gearing up for their second season.

The show originated from a Maymont carriage ride on Easter. WCVE had just aired "Hi There Horror Movie Fans" and "Virginia Creepers," two documentaries about midnight movies in Virginia, and Miller decided to ask the station's director of television programming if they'd be interested in creating a new show. She said yes, and with the addition of Wellford, the former Love Tractor bassist who runs the carriage department at Maymont, the show was born.

The crew was going to build a set for the show, but instead elected to do most of its filming at the Byrd, shooting during the day to avoid interfering with movie showings at night.

"It gives us the atmosphere that a show like this really needs, and it shows the audience that it's locally produced," Miller says, adding that theater employees frequently appear as characters on the show.

Every episode is hosted by Spottswoode, accompanied by a cast of floating skulls and other ghoulish friends, though it isn't entirely clear what Spottswoode is.

"He's not a ghoul," Miller says. "Some people think he's a ghost, other people think he's an escaped convict. ... He resides at the Byrd Theatre, and according to Armistead Spottswoode, he invented every camera, and directed — he thinks — every motion picture ever made."

Wellford, who plays Spottswoode, says the character built the Byrd Theatre after the Civil War, and that the leading ladies in the films he shows are past lovers who got away.

"He's supposed to be a character that tells tall tales," Wellford says. "He's just slowly been developing into this kooky kind of big talker."

Since its first episode, the show's all-volunteer staff has grown from four people to roughly 15, and has had people as varied as Gwar's Slave Pit and members of the Richmond Comedy Coalition on the show. Much of the staff is made up of local freelance film and television people. It's become a creative outlet for them.

"It's a community service," Miller says of the show. "We do it because we like it."

Last week the crew finished filming at Bacon's Castle in Surry County, which played a role in Bacon's Rebellion in 1676. Those shots will appear in the show's next two episodes, which will feature the 1968 classic "Night of the Living Dead" in two parts for Halloween. As "Midnight Frights" gets into its second season, producers have new ideas up their sleeve, and want to film at different places across the state like Luray Caverns.

"We're the first show in 20 years doing this kind of thing," Miller says. "We're trying to bring it back." S

"Midnight Frights" airs at midnight on the last Saturday of every month on WCVE-TV. It will air the first of its two-part showing of "Night of the Living Dead" on Sept. 28.