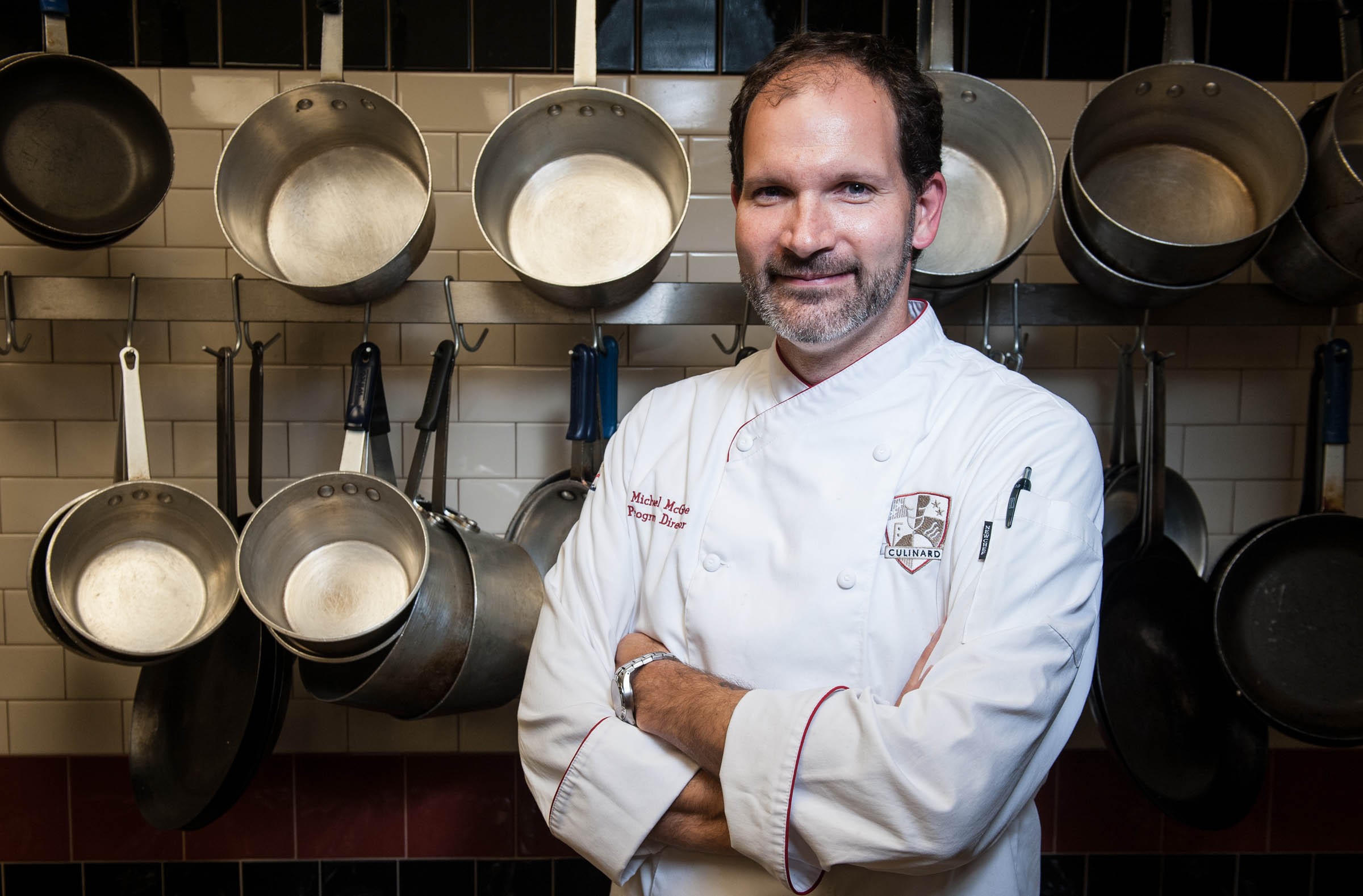 It isn't the military, but students at Culinard quickly catch the similarities — uniforms, authority figures and a precise drill that keeps them focused on the mission.

Their leader is Michael McGhee, a former top-market chef directing a network of the Virginia College culinary institutes. The job is not so far from his youthful dreams of being in the foreign service. And the bonus is getting to eat out three times a week to build relationships with his troops' future employers.

Trained at the New England Culinary Institute, with a graduate business degree from Virginia Tech, McGhee gave up a rigorous kitchen routine to help others find their passion there. Since April he's helped 120 students graduate from the program, and nearly all are working in local restaurants. "Our goal is to create great line cooks," he says, "trying to give them a sense of urgency and a work ethic, with real world experience. If you don't enjoy giving and seeing the reactions from someone, it's not the profession for you."

McGhee donates time and energy to Stop Child Abuse Now, the American Diabetes Association, Broad Appétit — where his students won a prize for best dessert — Meals on Wheels and other organizations. His students learn to give back, too, and to explore a bigger world with foods that many of them have never tasted. McGhee is motivated to help them find, and keep, good jobs in a tough industry. "When I go into a restaurant and one of our students comes out to say hello," he says, "that's the reward."