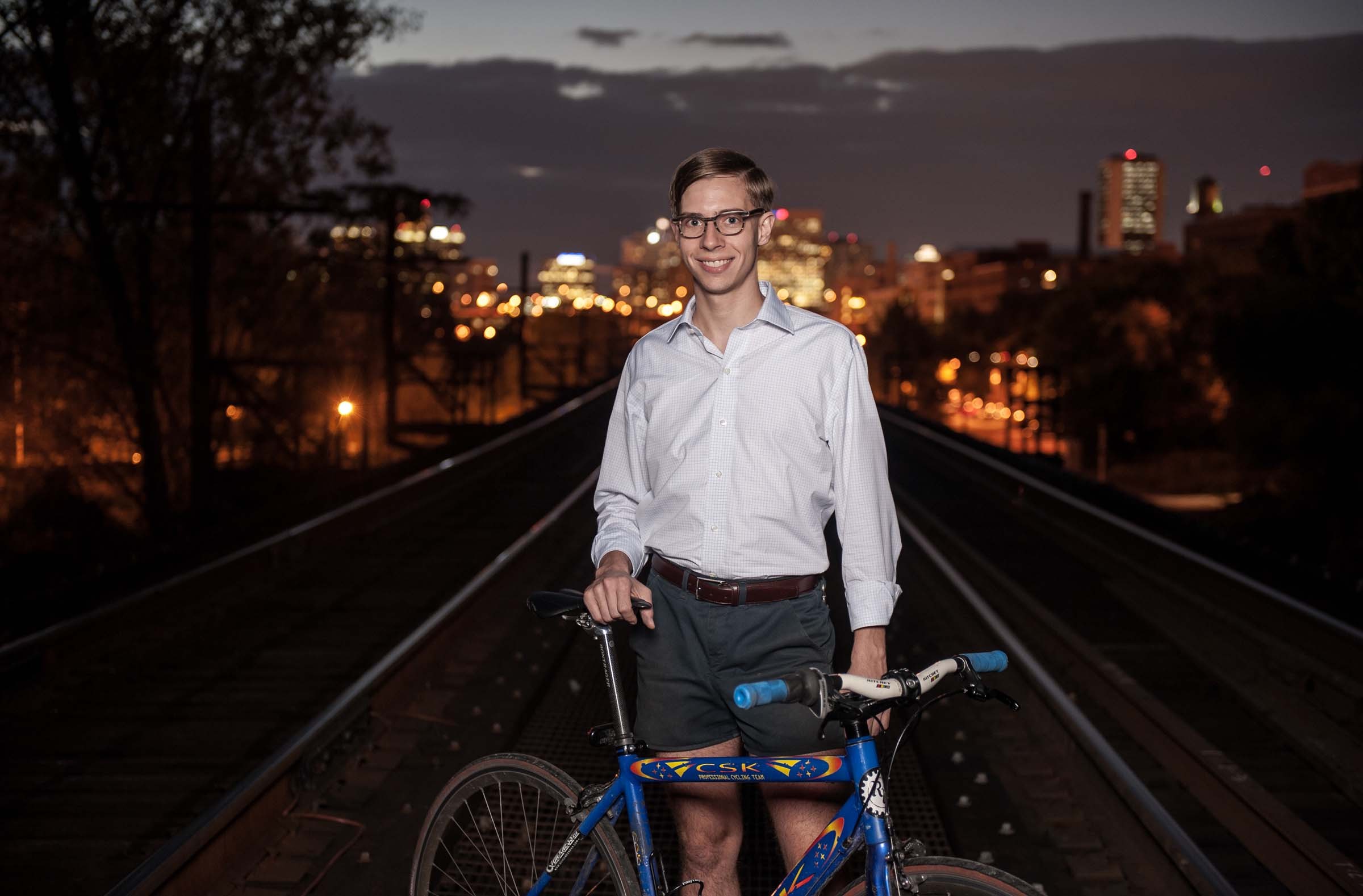 Michael Gilbert has a goal: to make Richmond a "rad enough town that people want to stay here because it's just that awesome."

What then, in Gilbert's estimation, is keeping Richmond from becoming that rad town of his dreams?

Primarily, an ethos that welcomes bicycle riders onto city streets. "People want to live in bike-friendly cities where they feel safe to ride their bikes," he says. "And if Richmond wants to attract young talent, it has to cater to that desire."

Gilbert is on top of the situation. He's an economist by day who just left a position at the U.S. Commerce Department to work full time for the city. But he's dedicated most of what free time is left to making the city a better place for bikes — organizing group rides, teaching safety basics to Virginia Commonwealth University students and working with city leaders on behalf of cyclists.

He does the bulk of his advocacy work through Ride Richmond, a nonprofit he co-founded. The group sprang from the realization that city cyclists need to work with the college community to make sure students — many of whom come here unaccustomed to riding in the city — know how to cruise the streets safely.

Gilbert acknowledges that bicycle safety is "really boring," so the group spices up the subject by working it into talks about the kinds of cycling opportunities the city has to offer. At a cycling symposium for VCU freshmen, for example, "We talk about bicycle polo, BMX bikes, track bikes, racing," he says — "then we tell them how to do it safely."