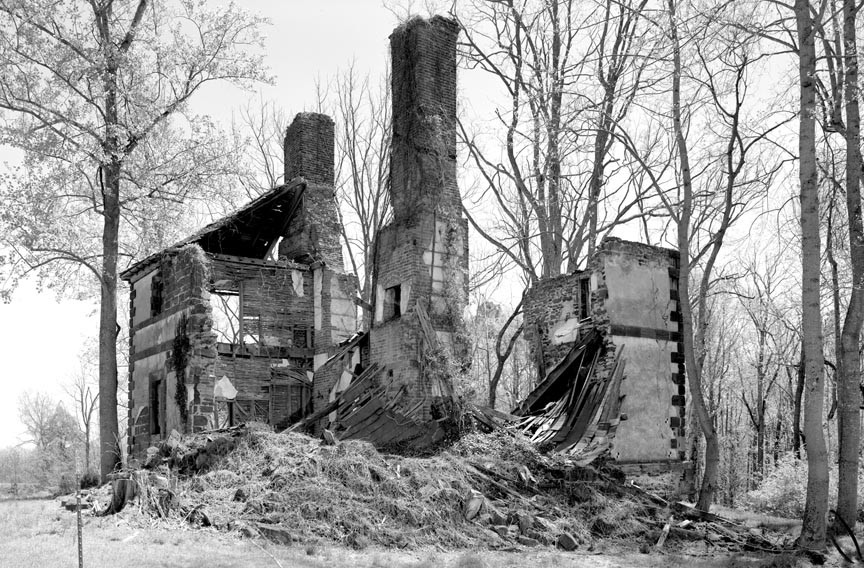 On its face, it was hardly a titillating topic to kick off Architecture Week, sponsored by the Richmond chapter of the American Institute of Architects. A capacity crowd of 180 folks fill the Virginia Historical Society auditorium April 9 to hear about a ruin. Not just any ruin, if the truth be told, but an inglorious old heap of stones on the Northern Neck called Menokin.

From 1769 to 1797, it was the suave, neo-Palladian dwelling of Francis Lightfoot Lee, a signer of the Declaration of Independence, and his wife, Rebecca Tayloe. But sometime in the 1960s, the long-abandoned manse partially collapsed. Fortunately, every possible scrap of the place — including the interior paneling, was salvaged. The remaining walls have been stabilized by the nonprofit Menokin Foundation, a group charged with figuring out what to do next.

Actually, the Architecture Week event is billed as "An Evening with Jorge Silvetti." And here's where things get intriguing. You see, Silvetti, the Argentina-born principal of the Boston architecture firm of Machado and Silvetti Associates, is one of the world's most prominent architects. A former chairman of Harvard's architecture department, he's long served as a juror for the annual Pritzker Prize, architecture's highest accolade.

In January his firm was selected to develop a master plan for the preservation and interpretation of Menokin. Anyone associated with the foundation would tell you they were shocked but thrilled that such an internationally renowned firm expressed interest in an obscure, albeit challenging — some might say impossible — commission in Richmond County on the Northern Neck.

But on April 9, soon after the assembled architects, preservationists and a healthy contingent of blue bloods (Menokin is an ancestral home of Lees and Tayloes) take their seats and Jorge Silvetti takes the stage, there's no question that interesting things are in store for the glorious ruin.

The charmingly relaxed Harvard professor begins by establishing his firm's credentials for taking on the complexities of Menokin. While sumptuous slides flash upon the big screen, Silvetti regales the audience with how the Getty Villa, the great repository of classical art in Malibu, Calif., has been revived under his firm's expansion plan. He shows pictures of a reworked art museum at Bowdoin College. He discusses how the famous stone barns at the Rockefeller estate in Pocantico Hills, N.Y., have been adapted to new use. The master architect also shows work that is under way restoring an ancient fortification in Abu Dhabi.

By the time Silvetti gets to Menokin, he could have sold his bedazzled audience anything. But the ideas he presents are comprehensive and sober. He gives a shout-out to the remarkable patrimony of historical sites on the Northern Neck — the birthplace of George Washington, James Monroe and all the Lees: The interpretation of Menokin must reflect all of that. He mentions other nearby neo-Palladian mansions, Stratford Hall and Mount Airy. The project addresses those places. He talks about the hundreds of acres surrounding the stabilized ruin and the potential interpretation of slave villages, terraced gardens and approach roads. "Entrances are important in how you orchestrate your approach and reveal your treasure," he says. "How one first glimpses this grand space is critical."

For the ruin itself, Machado and Silvetti proposes rebuilding toward the second floor using available historic material. But the full form and silhouette of the house would be created by using a new, unnamed, translucent material, something that even could be lighted from within to glow at night. "It is an ambitious plan," Silvetti says, "but Menokin is a place like no other."

At the reception that follows, many enthusiastic audience members seem to have but one thing on their minds: "How can we raise the money to keep things moving?" S

For information go to menokin.org.