Wedding Vendors’ Tales From the Field 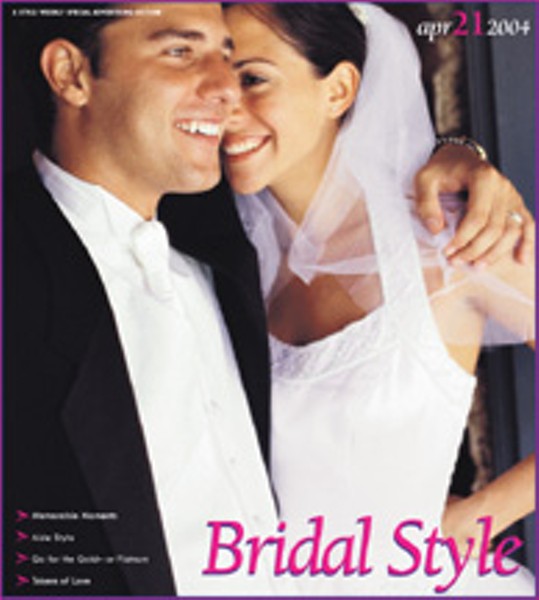 “Four years ago we helped a bride with a very successful registry. Unfortunately, things didn’t work out as well for the marriage, as we discovered when she approached us recently and mentioned she had gotten a divorce. She went on to say she was remarrying and would like to bring her fiancé into the store to set up their registry. She was fun to work with and we were more than glad to assist, even going so far as to honor her request that our sales staff act like this was the first time they had met her.”

“One of the most memorable wedding’s for me was one where the bride’s father found out 20 minutes before the ceremony that the presiding official wasn’t official. Grace under pressure, the father decided to keep this news under wraps so the bride and groom could enjoy their special day with their guests. He then arranged for them to have a civil ceremony before they left on their honeymoon.”

Director of Catering, The Jefferson Hotel

One nervous couple, fearing they had lost their ride, stopped one of the drivers in The Strawberry Hill Race’s carriage procession that just happened to by going by and asked for a ride. “The limo, which was waiting outside while the bride and groom had their pictures taken, had been asked to move. While it was relocating, the couple came out and being resourceful, hitched a carriage ride. They arrived in elegant fashion at our doorstep right on time for their reception.”

Sweeping brides and grooms off their feet with romantic hot-air balloon rides is what Balloons Over Virginia does best. With more than sixteen years of service and an unblemished safety record, it’s no wonder many adventuresome couples turn to Balloons Over Virginia to make an extravagant wedding day exit. Gilbert Martin recalls one couple’s memorable excursion.

“The bride and groom were in formal attire and had taken a flight from their reception. As we began our standard descent into a large, open field, we heard sirens and saw flashing lights below. We looked down and see fire engines and an ambulance racing towards us. You would have thought it was a Christmas parade. Turns out a bystander saw the balloon landing and thought we were in distress. Concerned, they dialed 911 and turned what would have been a routine landing into one with great fanfare.”

“One gentleman wanted to surprise his fiancé by proposing to her in our salon. He and I worked out the details, which included fresh flowers from the florist next door and chilled champagne. So on the pre-arranged day, he brings his fiancé here, under the guise of a final fitting. Now it just so happened that this day also had a buying operation scheduled. So imagine the man’s surprise when they enter the salon and there are forty people inside, waiting for appraisals. The fellow is sweating bullets now but rises to the occasion by dropping to his knee and proposing to his surprised fiancé in front of the group. She says yes, the store erupts in wild applause and the newly engaged couple share a toast in the privacy of our back room.”

“A couple came in one morning with the expressed purpose of picking out their wedding invitations by day’s end. Since they didn’t have any preconceived ideas of what they wanted, they each decided to make a list of their 10 favorite finds. During lunch, they compared notes and came up with a list of the top three invitations they both liked. They then spent the reminder of the afternoon negotiating until they settled on an invitation. They were a delightful couple and by the end of the day, with all the time we had spent together, I felt like they were family.”

“We love helping brides plan fun, colorful Lilly weddings. One of the most unusual requests we had was to borrow our store’s signature Lilly palm tree so it could be used for a wedding. We happily agreed and were tickled to learn it had been converted into a gift tree surrounded by presents at the reception.”

Keeping everyone happy when it comes to weddings can be tricky. Just ask Clement Denicourt, who with more than 20 years of experience in the bakery business, has done his share of balancing acts to keep everybody satisfied.

“One time I had three generations of women come in to order a wedding cake,” says Clement. “The grandmother, who was paying for the cake, had an antique topper she wanted used. The mother had a sliver tray in mind and the daughter, who was getting married, wanted something more contemporary. After some careful negotiating, we were able to come up with a contemporary cake that had the topper, the tray and made everyone happy.”