Jerry Garcia’s longtime keyboardist talks about his musical journey and how he managed to keep a natural high. 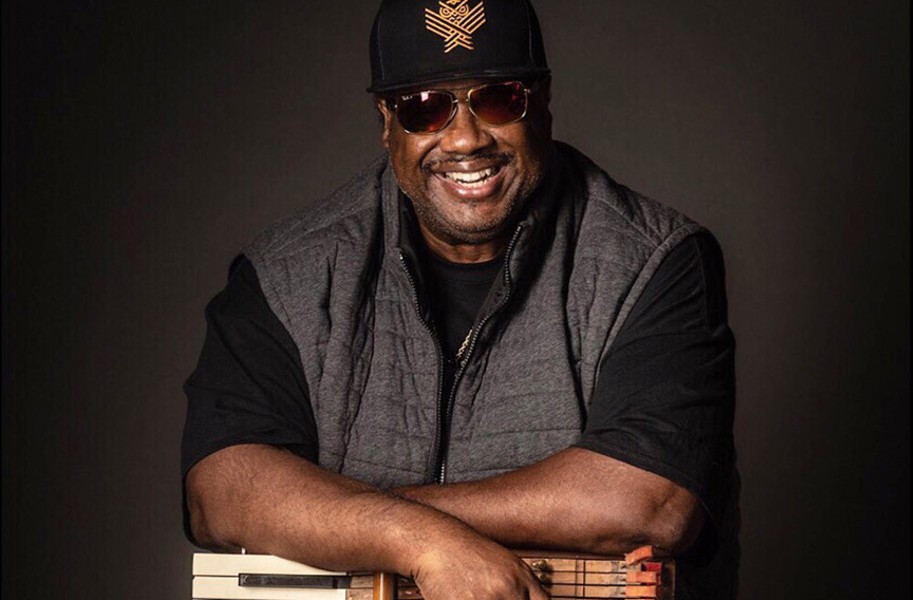 Melvin Seals, who played with the Jerry Garcia Band for 18 years, is keeping the tradition going with his own version of the group, which plays the National on March 17.

In September 1989, I was going into my junior year of high school and one weekend a friend asked if I wanted to go to see the Jerry Garcia Band at Merriweather Post Pavilion in Columbia, Maryland.

It was still pretty hot outside. We hopped a ride with one of his older brother’s friends in a beat-up Plymouth Volare that required the heat to be fully blasting in order to run, he said. As we approached the venue, the engine began to smoke and we drove the final 8 or 9 miles in the emergency lane as traffic-jammed hippies cursed or cheered our escape.

Once there, the circus atmosphere took over. The two-night run was eventually released on CD as it represented one of Garcia’s best that year. But what I remember most about those shows, musically, was the heavyset man hunched over the keys of a Hammond B-3 organ, beaming a cherubic grin while coloring each song with gospel and R&B soulfulness. His name was Melvin Seals.

Speaking with him over the phone, I bring up a memorable moment from that weekend during a cover of Bob Dylan’s “Knocking on Heaven’s Door,” when Seals’ keyboard solo took on a choppy, helicopter effect, just as the crowd started a food fight with jumbo marshmallows that looked like a minisnowstorm.

“That’s funny … that was an emulator synthesizer with an echo delay,” he says. “They don’t even make that instrument anymore. Those were great shows.”

Six years later, Garcia would die in a rehab facility at 53 after decades of heroin, cigarette and chili-dog abuse, and Seals began playing with Garcia’s longtime bassist, John Kahn, who died from a heroin overdose within the year. Since then, Seals has reformed the group as Melvin Seals and JGB, with the recent permanent addition of John Kadlicek, formerly of Dark Star Orchestra, on guitar and vocals in the Jerry role.

“John is the guy for this music. We’ve been in other bands together that didn’t even play the Grateful Dead style of music,” he says. “A lot of guys try to emulate Garcia but most don’t get the full spectrum. … Most guys play the runs but forget Jerry could play rhythm. When I’m soloing, Jerry would not run all over my solo. John does it all.”


Below, Seals performs a solo on the Bob Dylan tune, "Positively 4th Street."

Seals grew up playing piano in church, he says, but eventually wanted to play more secular styles of music. In high school, his father got him music lessons.

“They want to teach you classical stuff first thing, Bach,” he says. “So I only stayed a few months, but I learned enough to read charts.” Rather what he was into at that time was Jimmy Smith, Johnny Hammond and Shirley Scott, he says, and especially Billy Preston, who played with artists as varied as Ray Charles, Aretha Franklin, the Beatles and the Rolling Stones: “He was a roadmap for me.”

“You hit it on the nose, I’m not an authentic jazz player whose fingers are fast and accurate,” he says. “I have a little bit of a lot of styles. I can play classical, opera, cathedral, reggae, blues, gospel. But least of all, what I am is a jazz musician.”

After playing with Elvin Bishop for six years, a young Seals befriended Garcia sideman Merle Saunders and would soon join the Jerry Garcia Band and play to large crowds for the next 18 years. Later he got to meet Preston while on tour and was disappointed that the legendary keyboardist seemed to have a huge ego.

“It hurt my heart, he didn’t like me at all. I sat and talked to him, told him I knew everything about him,” he recalls. “If I went into the room where he was, he would go into another room. So be it.” However, most experiences meeting his idols have been “grand,” he says, save for Preston and one brief experience with Jimmy Smith.

Seals says that Garcia was always into “older music … That’s all we talked about, older Motown, older gospel, he was not into modern things.”

So when did he find Garcia to be at his most soulful onstage?

“It was a certain spirit, certain vibe, certain days, certain weeks. Some were just deep, man. Jerry was really putting out something,” he says. “He could’ve had an argument with his wife, I don’t know what brought it out. It would come and go. But he would nail some things, and it was like, ‘Whoa, did you feel that?”

He remembers Garcia and Kahn as a pair of jokesters.

“If you didn’t know them, you’d think they were crazy. Jerry would write the set list and John would say, ‘I got an idea, let’s do it backwards.’ Then Jerry would come back, ‘why don’t we do the set sideways?’ Just crazy stuff. It was all a big joke that they made sound serious. How do you do a set sideways [laughs]?”

Of course, Garcia and his Grateful Dead bandmates were known for their long-running use of psychedelics, but Seals says that he was spared the usual induction of being dosed before a live performance.

“Jerry actually protected me because I was a church boy, I didn’t do any drugs,” he says. “He admired that. Everybody else all got in their rooms and partook: I didn’t. He didn’t want to be the reason for me changing over to something that maybe wasn’t for me, so they always got me a separate dressing room down the hall.”

Seals explains that he was “never a follower” and didn’t have a problem staying clean all those years, even though he was around Caligula levels of debauchery.

“I just never picked up those habits. I could see what it was doing to folks, how their lives were changing. Drugs, I’ve watched good people trying to keep habits up going through their money, who start stealing from family. So it’s like Dr. Jekyll and Mr. Hyde. I, personally, never messed with it.

That includes working on his first solo record this year that will contain his own original music. He also wants to put out a Christmas record of organ music.

“When Jerry passed I never thought I’d be put into a position as a band leader,” he says. “But before I leave this earth, I want to put out the stuff that’s in my heart.”