Henley Street takes an unconventional look at racism with "Yellowman". 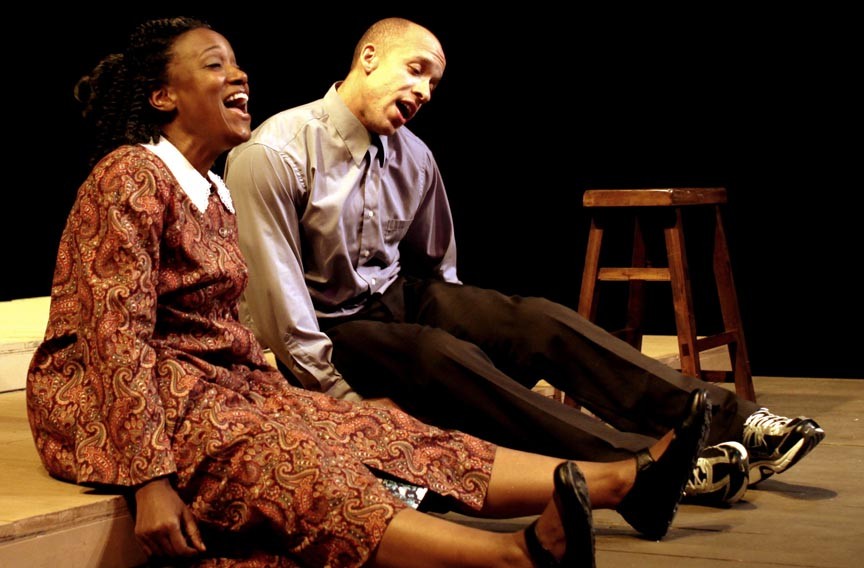 Transporting audiences to the islands of South Carolina, the play follows the friendship and romance between fair-skinned Eugene and darker complexioned Alma. What sets this script apart from other theatrical meditations on race is its focus on racism within the black community.

With a cast of two, the production operates like dual one-man shows, and both actors excel at creating an array of characters. Patricia Alli does a fine job as Alma, skillfully adopting an excellent Gullah accent to portray Alma's mother. KeiLyn D. Jones brings an exceptional physicality to the stage, whether playing Eugene, his hulking father, his drawling mother or, most notably, his elderly grandfather.

J. Paul Nicholas' engaging direction does its best to keep things moving. Margarette Joyner's costumes fit the bill, except for the frumpy getup that Alli first wears as Alma.

Though Orlandersmith's script drags at points, it has enough drama and humor to make it enjoyable, and the show's climax is completely unexpected. While the script refers to no white characters, the influence of whites can be felt through Eugene's black friends, Alton White and Weiss. Eugene first experiences discrimination for his skin tone while visiting the White family, and the character of Weiss acts as a provocateur throughout.

"Yellowman" is a dark night of theater, but certainly a conversation starter in an era that some have labeled "post-racial," even while incidents such as those surrounding Treyvon Martin and Shirley Sherrod grab headlines. And indeed, as part of its Fourth Wall Talk-Back Series, Henley Street has invited local media members and community leaders to be part of panel discussions with the cast and audience after the performance. Style Weekly theater critic Dave Timberline will be part of the June 8 talk back, and Style arts and culture editor Don Harrison will be on the panel June 14. S