Get out the puffy shirt: Local ’80s favorite, the Rage, is reuniting at the Canal Club after 35 years. 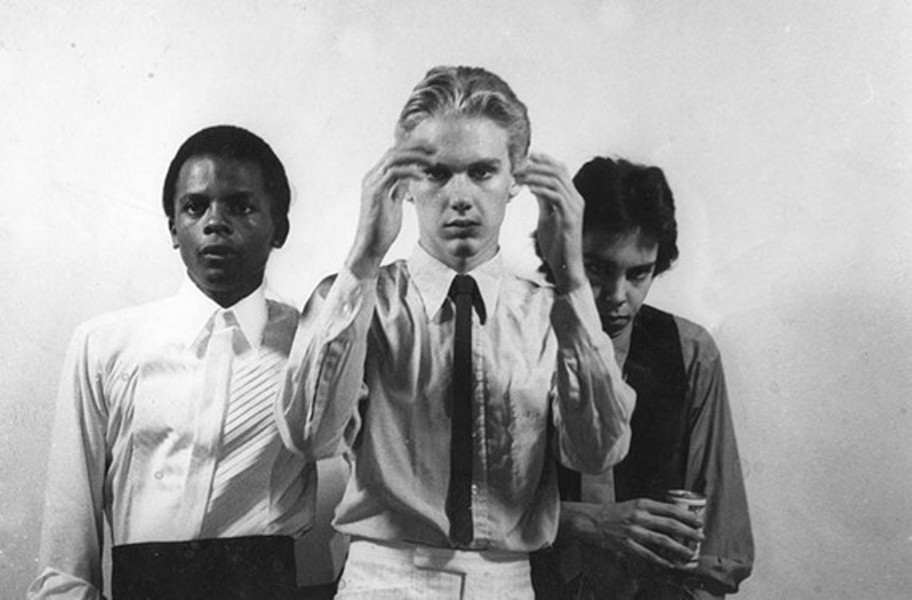 Back in the early ’80s, everyone thought an enormously popular Richmond trio named the Rage was headed to rock ’n’ roll stardom. The band’s catchy new wave hooks skimmed the cutting edge of pop music.

But things didn’t work out that way. After a trip to Los Angles, the three returned to Richmond without a record deal — but plenty of unintended seasoning.

Today, Jahi is a stage tech at the Joyce Theater in New York, Bell has been recovering from a long illness in southwestern Virginia, and Marlowe is playing music and running the Monkey House, a meeting and 50-seat performance space for musicians, stand-ups and storytellers, in San Francisco.

Style: What prompted this reunion?

Bell: We’re playing this show because it’s been 35 years already since we first jumped up on stage and began to change local music forever. Also, I need some money. I don’t know about the other guys.

How did the three of you originally meet?

Jahi: Ira Marlowe and I met at the old Open High School on, I don’t remember, Franklin Street? First day of school, I spot this guy crossing the street, wearing a faded, double-headed Bowie T-shirt and a Panasonic cassette recorder pressed to his head! I was like, “Who is this guy?” We hit it off quick-fast. I kind of knew of Peter Bell — we didn’t run in the same circles. It was only after Ira and I jammed for hours and hours, days and days, at his house on Shepard Street that I re-met Peter as the “bass player.”

Did you feel like total rock stars in Richmond?

Jahi: Yes! At that time, the big groups were Single Bullet Theory, Good Humor Band, Bruce Olsen and the Offenders. We were aiming to do one thing — put ourselves on the map and change the music scene. You couldn’t tell us nothing! We wanted to be headliners. Word quickly spread about the Rage and people started showing up at our gigs. Aimee Mann used to come see us just like everybody else. I remember we went to the Easter Parade on Monument Avenue. Man, people were following us and taking pictures of us walking down the street! It was a total trip.

Why did you guys pack up and move to L.A.?

Marlowe: We played a show at the Virginia Museum, and we met an English gentleman who told us we were the best young band he’d ever heard. He said we had to move to Los Angeles where he knew everyone. We were laughably naive and believed him. … It was a cool fiasco. There were at least two other bands in Los Angeles calling themselves the Rage — hideous impostors but they got there first.

Bell: I went personally so I could meet and go out on a date with Donna Summer — which didn’t end up happening, unfortunately. What did happen was my girlfriend, Candy, got pretty famous, and we worked on some nice loading docks, got mugged and had our truck and all our equipment stolen. We decided it was going to take us maybe too long to get famous in California, so we decided to come back to Richmond where we were already mega-famous and regroup. Surprisingly, we were considerably less famous when we got home.

I have to ask: What was the deal with the eyeliner?

Bell: I look better with eyeliner — just dark brown, not black. I’m too washed out-looking without it. S

The Rage performs on Friday, Nov. 28, at 8 p.m. at the Canal Club. thecanalclub.com.