Stone Brewing Co.'s president and brewmaster on why his company picked Richmond, the deal with Virginia water and the gubernatorial Kegerator.

Gov. Terry McAuliffe and representatives from Stone Brewing Co. made it official with a toast in front of the Executive Mansion this afternoon: Stone is coming to Richmond, opening a $74 million facility in Fulton Hill that will pump out 120,000 barrels of beer a year, nearly doubling the state’s annual production.

As Style reported yesterday, McAuliffe offered a $5 million grant as part of the deal to bring the San Diego-based company’s East Coast expansion to Richmond. Stone is the 10th-largest craft brewery in the country, and officials say their Richmond facility will create at least 288 jobs.

After the announcement, Stone’s president and co-founder, Steve Wagner, talked with Style and other reporters as he sipped a glass of his company’s Smoked Porter out of a pint glass engraved with the state’s seal.

Incentives aside, logistics aside, what spoke to you to you about Virginia, and Richmond in particular, for making it the right fit for Stone? Obviously you have to do what makes sense business-wise, but there’s a component where you want to feel comfortable. 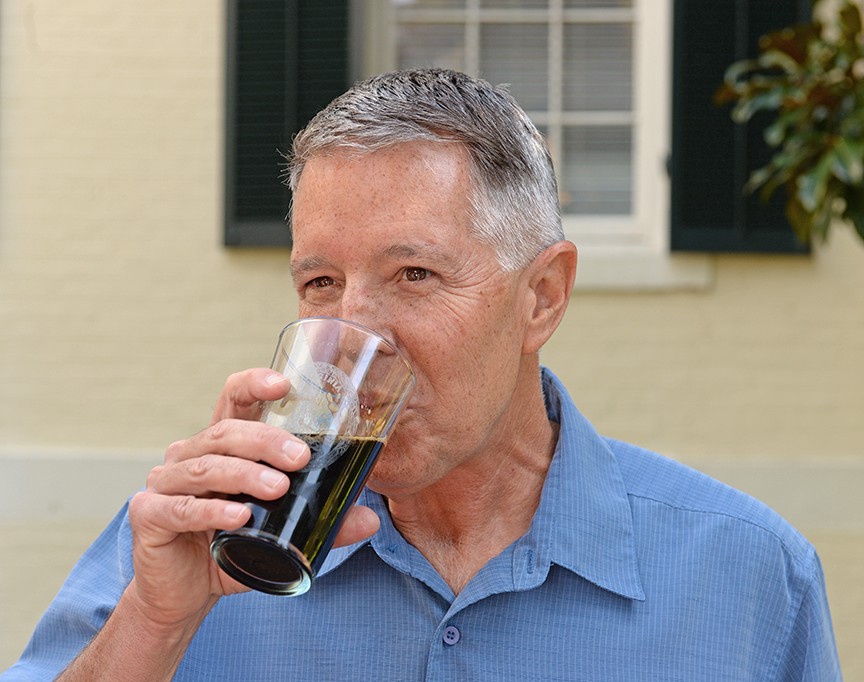 Wagner: Absolutely, and part of that is intangible. It’s really the vibe of the city, the feeling of energy you get from it. In Richmond’s case, the local craft brew community was unbelievable. They hosted us for a get together at Hardwood Park our first time out here and just really made us feel welcome and they really looked at the positives side and said, “This would really be a good thing for all craft beer in Richmond if you came here.” You know, that goes a long way to making us feel welcome and like this is a place we want to be.

Aside from the local craft beer scene, is there anything else that spoke to you about Richmond? Or is that really what sealed the deal?

I mean, that was a big part of it. It’s just a beautiful city. You know, I love the river through the center. I lived in Portland for a while. It reminds me of that with the river through the center of town and the bridges and, you know, that just speaks to me. And the same thing, the old buildings and the great preservation that’s gone on, the mix of old and new. The vibrant nightlife. The food scene, which is really important to us. And that’s all I know so far. I know there’s a lot more that I have to learn about Richmond still.

And you mentioned the intangibles, what about the tangible benefits? I’ve already seen some tweets like, out of Columbus, Ohio, where they’re saying, “Oh, it was all about the economic incentives. Virginia’s giving them $5 million.” Is that fair? 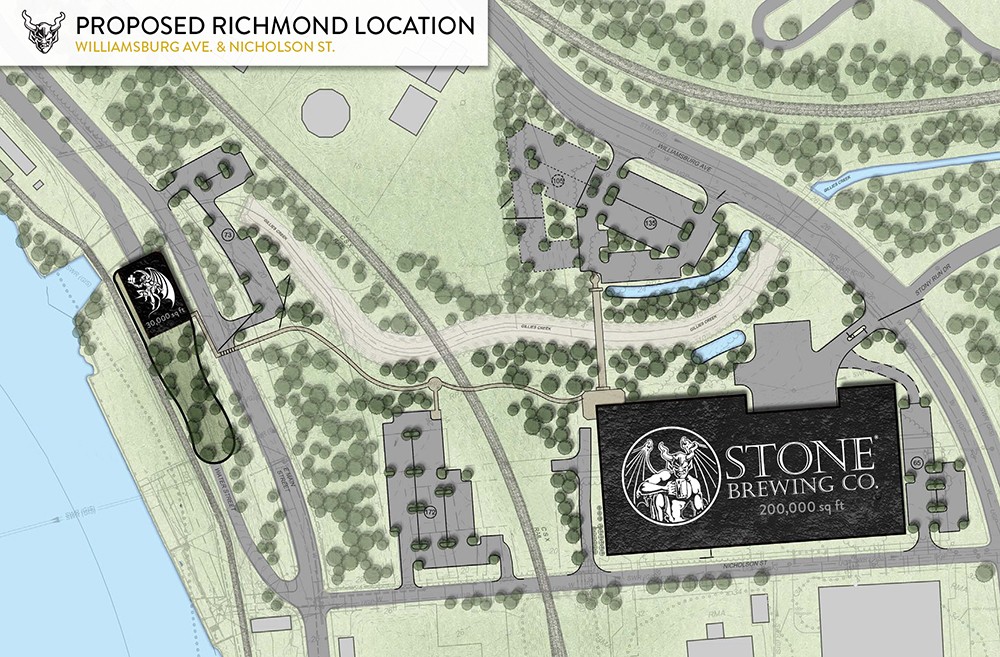 No, you know -- sure it’s a part of it. But we want to do the best project that we can and that certainly helps us do that. But it’s not everything. A lot of it is -- it can be down to the utilities, the water supply, the cost of energy or the weather -- there’s different things that weigh into each site. We had a massive spreadsheet where we ranked all of these different factors and rolled it all together, and the incentives was one factor in there, but it wasn’t the big, overwhelming factor. I mean, we didn’t even touch that subject until we were down to three sites.

People in Norfolk kept talking about how great their water is. Is Norfolk’s water that good and is that even that important of a factor?

You know, it’s more about supply than quality these days. You can basically adjust water profile to anything you need for brewing. You may spend a little more money to do it with a certain profile. Compared to the water we get in San Diego, which we borrow from Northern California and the Colorado River, and it’s variable and very hard and high alkalinity, and the water here is beautiful, both in Norfolk and in Richmond. So, it’s great brewing water.

Do you have any plans for local tie-ins either with existing brewers in Richmond or local produce?

Absolutely. That’s who we are at Stone. We’re very community-involved, whether it’s helping other brewers. ... We love to do collaboration brews with our local brewers. There will be some great opportunity to do that here in Virginia. ... You can always feature a local ingredient in beer, of course. We’ve done that with Ryan Brother’s Coffee in San Diego. ... And we’re very involved in certain nonprofits in the community. We throw a big anniversary party every year where we raise a lot of money for nonprofits and we support a lot of others throughout the year. We would intend to do that same thing here.

What’s your take on the Richmond beer scene?

They’re making great beer here. I didn’t know that much about Richmond before I came here in June and I was really impressed with what’s going on here and what I’ve seen. And also, you’ve got one of the best beer bars in the country here, right? Mekong?

Was there anything about Richmond’s location or the type of city is that made it stand out?

Logistically it definitely won out over Norfolk. Just a little better access to our markets on the East Coast. Our bigger markets on the East Coast are up in the North East. Yeah, just a lot of things lined up. Water supply, waste-water capacity, are kind of key to breweries, proximity to our suppliers, a lot of things just fell in [Richmond’s] favor. But mostly it’s about the site and the vibe we get from being here.

How big an impact did the fact that the governor installed a Kegerator in the Executive Mansion have?

[Laughs.] That does not hurt. That does not hurt. Yeah, Gov. McAuliffe has been just unbelievable. Since day one when we met him, he was just like, “What do we need to do to get this done? We want you guys here.” It was a really good feeling. You know, that definitely works in the mix.