The city moves its fleet garage and leaves a key piece of equipment behind. 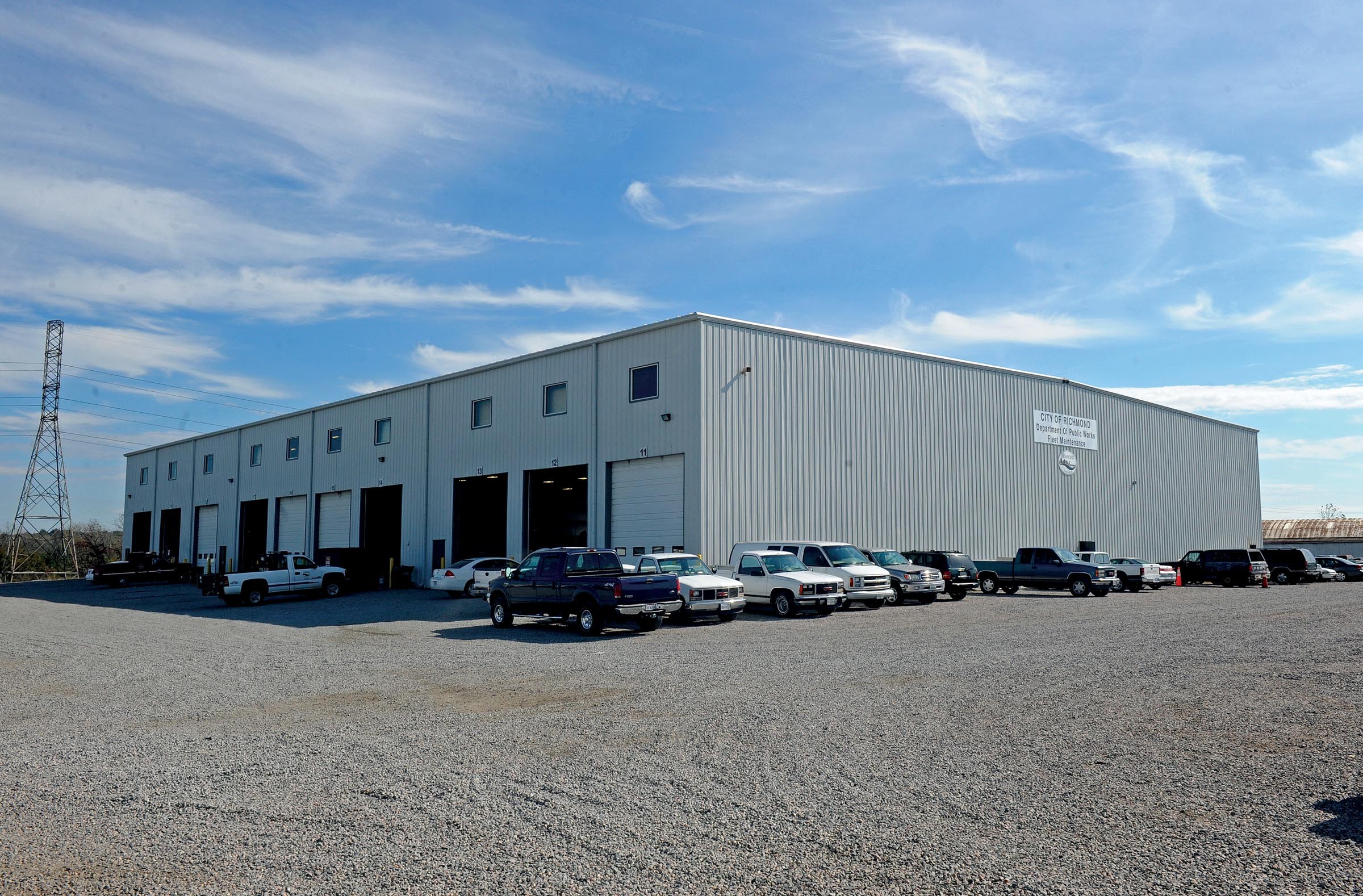 Modern, expansive and well insulated, the city's new $4.5 million fleet maintenance garage is a mechanic's Taj Mahal, one worker there says — except for one key detail: Its floor can't support the hydraulic lifts that city technicians need to hoist vehicles into the air for repair.

That means mechanics must manually crank vehicles onto jack stands and crawl under them to access the undercarriages. Workers in the building on Commerce Road say the lack of hydraulic lifts nearly doubles the time it takes to complete routine work on the city's fleet of cars and light duty trucks, including the city's 500 police vehicles.

"It's a hell of a problem," says the first mechanic a Style Weekly reporter encounters at the new facility, which the city purchased from a trucking company in November. "We're working with jack stands like shade-tree mechanics. It's about time somebody called them out on this."

Another worker says it's been impossible to keep up with jobs, which has forced more outsourcing to private shops. Adding to the frustration, he says, is that the old, lift-equipped garage on the Boulevard near The Diamond has been sitting unused since the city moved the maintenance operations in May.

"The way they moved us out of there," he says, "you'd think they were leveling the thing tomorrow." Style interviewed three mechanics who work in the garage, all of whom asked not to be identified because they were worried about retaliation for speaking out.

Sharon North, a spokeswoman for the city's Department of Public Utilities, says the city knew hydraulic lifts couldn't be installed in the new building because of heating and electrical equipment in the floor. She says the issue only impacts the city's light duty line of vehicles. The department has plans to get portable lifts for the space, she says, but in the interim the pace of production hasn't slowed.

But the mechanics who work in the shop disagree. "That's bullshit," one says.

City Council approved the move in November at the urging of the city's economic development department. Officials said the goal was to clear the Boulevard for an unspecified future development.

The mayor's office is eyeing the 60 acres of city-owned land next to The Diamond for a mixed-use development that is expected to be announced in tandem with a proposal for a ballpark in Shockoe Bottom, according to City Council members briefed on the plan.

Jane Ferrara, the city's deputy director of economic development, told council members in November that although there was no master plan for the area, the department believes there "is absolutely a better and higher use for the property."

She also said her department had determined that "after extensive market research and evaluation" that the new facility on Commerce Road could be used as-is.

Style asked mechanics at two private garages about the importance of lifts. Jay Bert, of Broad Street Auto Service, says he wouldn't work at a shop that had no lifts. He says a transmission job would take one hour on a lift and two hours on the ground under jack stands. Plus, he says, sliding under cars on the ground is physically exhausting.

"On the ground, you work yourself to death— it wears out your bones," he says. "You might as well go work in your yard and make your money on the side."

Across the street at Cutshaw Automotive, a mechanic who identified himself only as Glen turns to his co-worker: "Hey Nick, would your job suck if you didn't have a lift?"

"Yeah, pretty much," comes the response.