An exhibit surveys the VMFA’s masterpieces from the first century of photography. 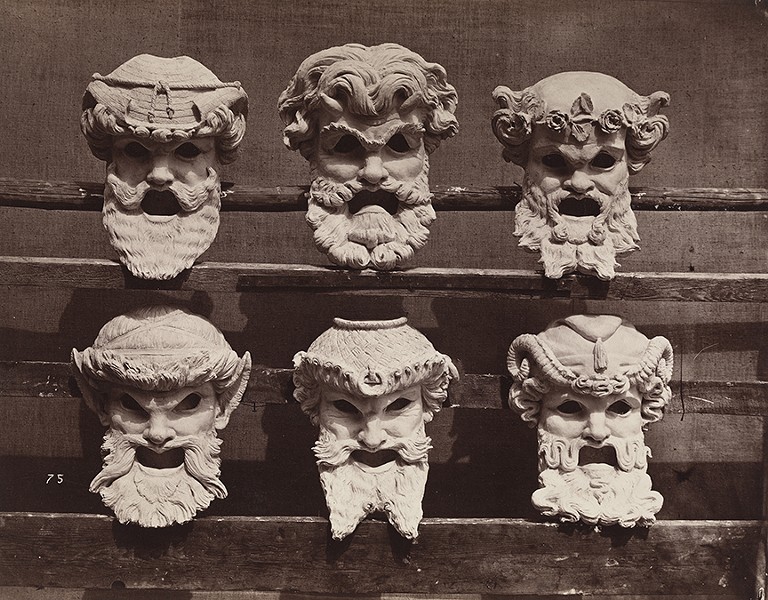 These words, written in 1936 by painter, photographer and Bauhaus instructor László Moholy-Nagy, were certainly prophetic for our current age of smartphones, selfies, influencers and Instagram. Yet photography hasn’t always been held in such high regard.

Though some saw the medium’s artistic potential early on, photography was considered a craft by many for much of its history, and the earliest photographers were scientists and engineers. Because photography wasn’t made by hand, because it was viewed as simply documenting what already exists – for many reasons – it wasn’t viewed as art.

Even when Denise Bethel attended the Courtauld Institute of Art in London in the 1970s for graduate school, the history of photography wasn’t a subject of study at the school.

“No one mentioned photography, but that’s the way it was back then,” says Bethel, former chairwoman of Photographs Americas at Sotheby’s in New York. “Photography was not considered part of the academic curriculum.”

Times have changed. Currently on display in the Virginia Museum of Fine Arts’ photography gallery is “Masterpieces From the VMFA Collection: The First Hundred Years of Photography, 1839-1939,” a constellation of images that explore the early history and artistry of the form. According to Bethel, the curator of the exhibit, many of these works are likely being shown for the first time.

“They have some amazing things” in the VMFA’s collection, Bethel says. “They have a combination of masterpiece-level photographs, certain catalogs of photographs in-depth and then whole bodies of work that … haven’t been discovered yet in terms of the photo-historical canon, but will be. It is a collection that is ripe for exploration.”

A key figure in the fine art photography market for more than 40 years, Bethel doesn’t mince words about the exhibition: “On a scale of one to 10, 10 being the best, the [Louis-Émile] Durandelle, the [Timothy] O’Sullivan and the [Roger] Fenton in particular are 12s. I’m not exaggerating. I’m not exaggerating. The [Eugène] Atget might be a 15.”

A mixture of street scenes, still lifes, portraits, landscapes and other compositions, the small collection incorporates the development of the photographic form alongside histories of some of its earliest practitioners. 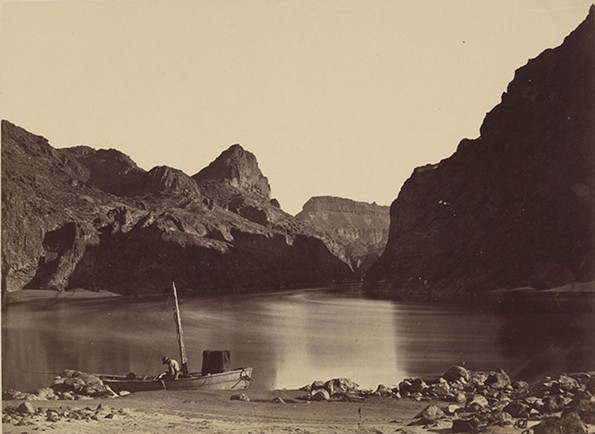 Not all the photographs were made with a camera, such as Anna Atkins’ “Ceylon (Fern Specimen).” Dating from the 1850s, cyanotype photogram was made by placing a fern frond on a sheet of sensitized paper, then exposing the paper to light, creating a silhouette. A female pioneer in the early days of photography, Atkins’ album of similar photograms of British algae is considered the first scientific book to feature photographs.

Bethel says the museum’s collection is not only remarkable for what it has, but for the condition of its works. Before photography was more widely appreciated as an art form, many photos and negatives were uncared for or thrown away to make room for other art.

A native of Short Pump, Bethel says evaluating the photography collection and curating the retrospective completes something of a full circle. It was a museum fellowship, after all, that helped pay for her second year at Courtauld. Afterward, Bethel began her scholarly and curatorial career in Richmond, working at the Poe Museum and what was then Dementi-Foster Studios. She credits those experiences with cementing her interest in photography.

After she left Sotheby’s in 2015 to start her own business as a writer, lecturer and appraiser, Bethel was asked if she could evaluate the VMFA’s photography collection. Examining physical images and working from the museum’s database, Bethel surveyed the thousands of photographs in the collection. She credits much of the museum’s outstanding catalog to George Cruger, the former senior editor of communications, who originated and curated the museum’s collection. He died in 2012.

“He was the person who probably acquired on behalf of the museum most of the things that are on the wall in my show,” she says. “He knew where to go in the 1970s and ’80s to get very good things.”

Initially, Bethel wanted the exhibit to be a survey of the entire history of photography, from 1839 to the present, but it proved too challenging to pare down for the small photography gallery on the third floor near the entrance to Amuse, the museum’s restaurant. Because of space constraints, she decided to focus on the first century of photography.

But with plans in the works to expand the museum by more than 100,000 square feet – roughly the size of two football fields – Bethel says Director Alex Nyerges wants to open up space for photography. He has, after all, curated, lectured and written about photography and has had two solo exhibitions of his own work in recent years.

“Alex has very big plans for a works on paper gallery in what will be a new wing at the museum,” Bethel says.

The museum is also looking to hire a full-time photographs curator, a first for the museum. Is Bethel interested?

“Oh, heavens no,” she says. “I had the most wonderful career in the auction business. It was high pressure, it was 24/7, it was highly competitive. I loved every minute of it [but] I could no more take another full-time job than I could fly.”