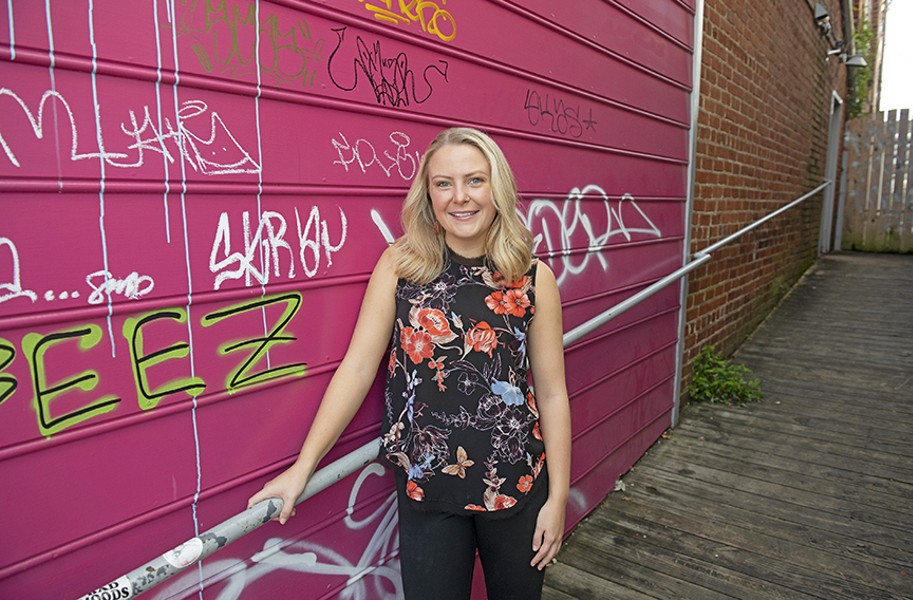 Safe Harbor’s human trafficking shelter was the first of its kind in central Virginia when it opened in 2017.

Burnett started her career at Safe Harbor as an intern while she was a Virginia Commonwealth University undergraduate. “One of my first roles was on-call hospital accompaniment, meeting someone at the hospital who had been sexually assaulted or was in a domestic violence situation,” Burnett says. “I would provide services and support the person, that’s how I got involved. It just clicked.”

Her new director role – she was promoted three times in three years – means more protocol creation than in-person work with survivors. But the people she’s helped stick with her.

“I had a client I was working with who was a survivor of trafficking, she’s been in and out of a lot of services throughout her lifetime, and wasn’t always the easiest person to work with,” Burnett says.

“When she left told me she wanted to thank me because ‘A lot of people have given up on me, and you could have given up on me. To know that one person won’t give up on me makes me want to keep reaching out.’ To do just a bit of work, to challenge those thoughts, feels very good,” Burnett says.