“Super Size Me” looks at what fast food is doing to us. 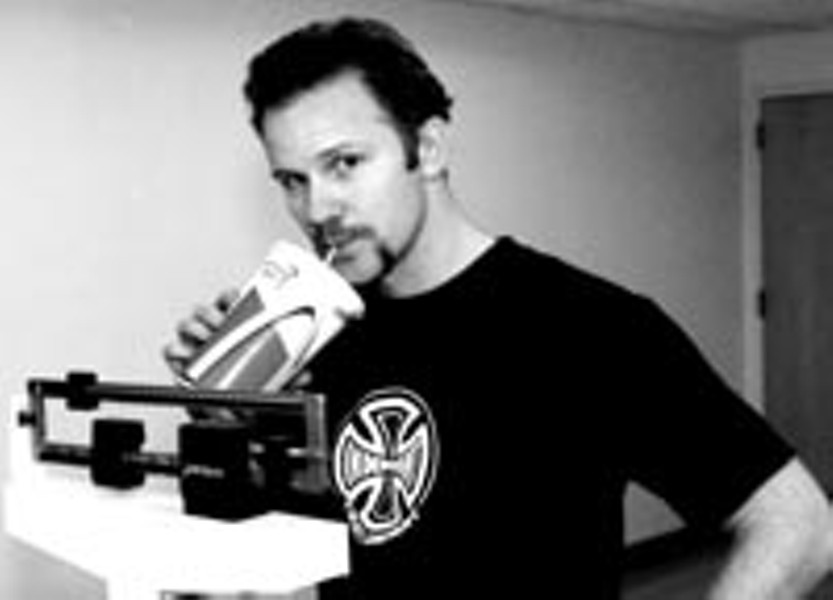 But by the end of the first week, excitement turns to dread of every Big Mac. Spurlock’s revulsion eventually competes with a perceived addiction, where he only feels good during meals. Follow-up doctor visits are astonishing. The health specialists are shocked to see dangerous weight gains and a sickening of the liver akin to alcoholism. They advise he stop or risk permanent damage.

Spurlock’s film is much better than its premise and shaky digital camera would suggest. It makes numerous digressions into the overall state of American health and eating habits, analyzing fast food’s relationship to various ills, the industry’s devious marketing practices and its intense lobbying for favorable legislation.

Facts you may not know: Obesity is second only to smoking as the leading cause of preventable death in America. (Reports that have come out since the film was made put it at the top.) McDonald’s refers to people who eat there once a week as “heavy users.” And cheese contains opiates that can be blocked with the same drug injected to save an overdosing heroin user.

Spurlock concedes that no one eats McDonald’s three times a day, but don’t think no one comes close. “Super-Size Me” visits public schools, where the menu is usually farmed out to lowest-bidder companies whose processed chicken patties and Tater Tots are almost identical to the stuff at McDonald’s. One lunch lady jokes that the only kitchen utensil she needs is a box opener.

Points made are not always so clear. There is a segment with Jared Fogle, of Subway fame, who visits schools to talk to fat teens. One morbidly obese girl explains to the camera that she’d like to follow the Jared diet — Subway three times a day — but she can’t afford it. You can feel sorry for her predicament for many reasons, but the movie lets it pass without comment. Another segment involves a man who has eaten at least two Big Macs a day for many years, ostensibly to no ill effect. We laugh at his crazy dedication, but he’s a rare curiosity, not an important illustration.

Though quirky asides and irreverent antics sometimes distract from the proceedings, “Super Size Me” is mostly a thoughtful, thought-provoking film that will change the way you look at food, no matter where you eat. **** S