Broadway veteran Jeff McCarthy works hard to be a Scoundrel. 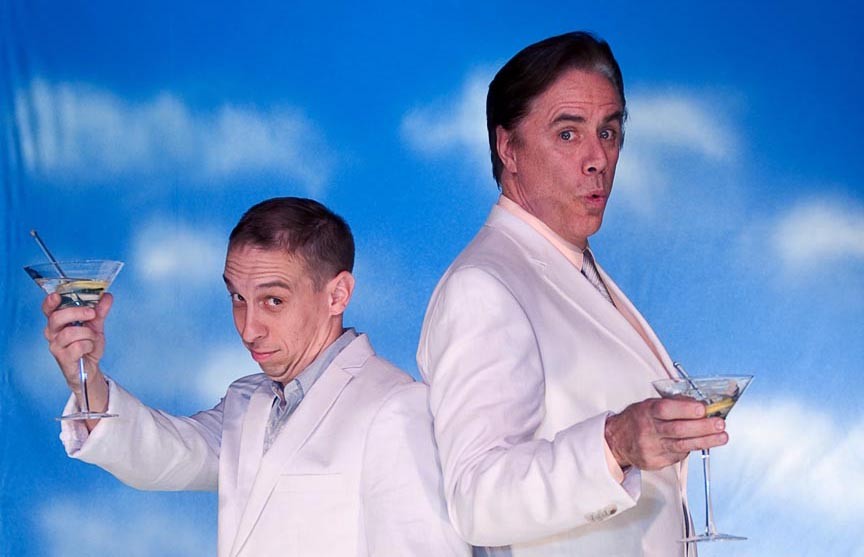 Kniffen directs McCarthy in Barksdale Theatre's production of "Dirty Rotten Scoundrels," which brings the much-traveled thespian south to the sweltering Richmond summer. In the play, McCarthy is paired with local actor Scott Wichmann, who calls his co-star "a super pro and a meticulous worker. ... It's great learning from him."

McCarthy says he's excited about expanding his resumé to include Lawrence Jameson, the role that Michael Caine made famous in the 1988 film version of "Scoundrels." He's also happy that he chose to come here despite competing opportunities.

"The other offers I had were roles I had done before," he says. "And [it's] Richmond! When I heard it was the 150th anniversary of the Civil War ... I love American history. ... I thought it would be fun to be down here."

McCarthy will look familiar to many, even though he's not a household name. His Broadway credits include major productions such as "Chicago," "Smile, "Sideshow" and "Beauty and the Beast." His favorite role yet, Officer Lockstock in "Urinetown," is one he created under the direction of John Rando. Other credits include films such as "Rapid Fire," "Cliffhanger" and "Robocop 2," and television shows such as "Law and Order." He created the role of Dr. Fitzgerald of the USS Voyager on the "Star Trek: Voyager" pilot episode entitled "Caretaker," though he was "red-shirted" in the first episode (McCarthy fails to recall if he wore a red or gold shirt on the show). An avid softball player, McCarthy is also the spokesman for Icelandic mobile phone company Alterna.

"He is one of the hardest working actors I have ever seen in my life," director Kniffen says. "He is a total pro. Any time we are not working on stage he is off stage going over lines or bits."

"I think there's a corollary between the characters onstage and us as actors," Wichmann echoes. "Freddie amuses Lawrence in the same way I think I amuse Jeff."

"This is Scotty's territory," McCarthy, playing the straight man, says. "The first couple of days [of rehearsal] he's just out there chewing the scenery and hams it up like crazy and I barely know the words."

The 6-foot-2 McCarthy acknowledges that he's stretching a bit for this role, particularly with the accent that his con man character fakes. "There is a whole long stretch in the second act where he does a Viennese accent," he says. "Though I played Albert Schweitzer in a PBS movie some years ago, I had some experience with a German. But this is sort of cartoon German so I've had to do some work on that." S