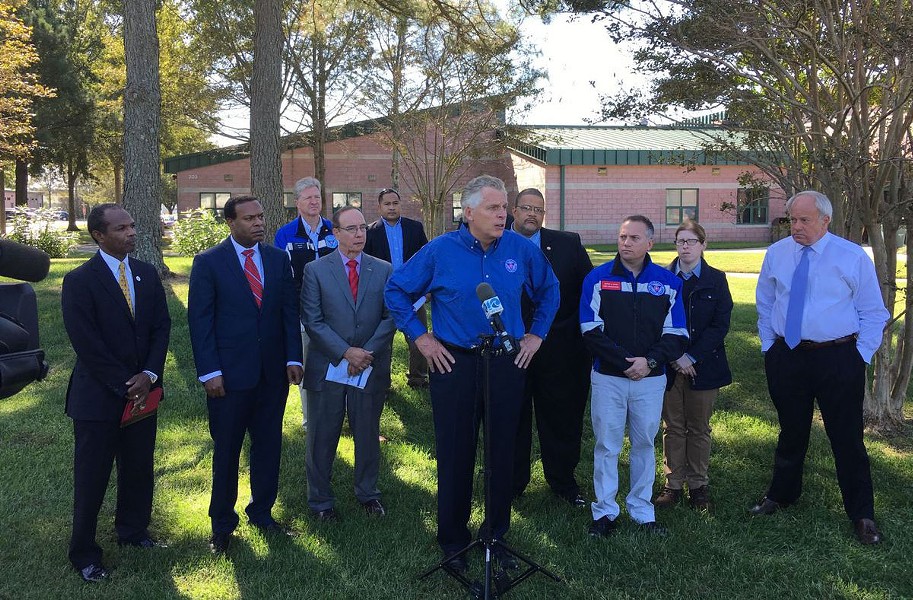 Gov. Terry McAuliffe outlined plans Thursday to close an expected fiscal 2017 budget shortfall. They include 26 layoffs, 15 coming from the Library of Virginia.

McAuliffe said affected employees would be offered other open jobs in state government.

Out of a workforce of 110,000 people, McAuliffe said, the pain could be worse. A bigger challenge will come in closing another expected shortfall for fiscal 2018, which McAuliffe said he would announce Dec. 16. He would not comment on whether that also could require layoffs.

“We have wrestled with some very difficult decisions,” he said during an announcement for staff and reporters at his offices.

That amount is $279 million for fiscal 2016. The estimated shortfall in fiscal 2017, which begins July 1, is $582 million. McAuliffe is addressing those numbers, totaling $861 million, in documents he released Thursday.

His administration also faces a projected shortfall of $654 million in fiscal 2018, bringing the total estimated shortfall in the state’s two-year budget to $1.5 billion.

McAuliffe already has said the state should use reserves from its rainy day fund and delay employee raises to help balance the budget. In August, he asked all executive branch agencies to propose a 5 percent cut, with some exceptions such as K-12 and higher education.

One area of concern was the state police, which is suffering from high trooper turnover this year. McAuliffe’s plan eliminates about $1 million in planned funding for a new special operations division.

McAuliffe also renewed his call for Medicaid expansion under the federal Affordable Care Act, an issue over which he and Republicans who control the legislature have been in a stalemate since he became governor.

McAuliffe said Virginia is losing $211 million annually in federal tax revenue available under the expansion that its citizens have already paid, totaling $7.8 billion.

“We cannot continue to leave this money on the table,” he said.

Republicans, however, point to reports showing that states that expanded Medicaid saw enrollment surge, and they argue that expanding the already fastest-growing part of the budget would not be financially sustainable.