Reva Trammell: “What’s he afraid of?” 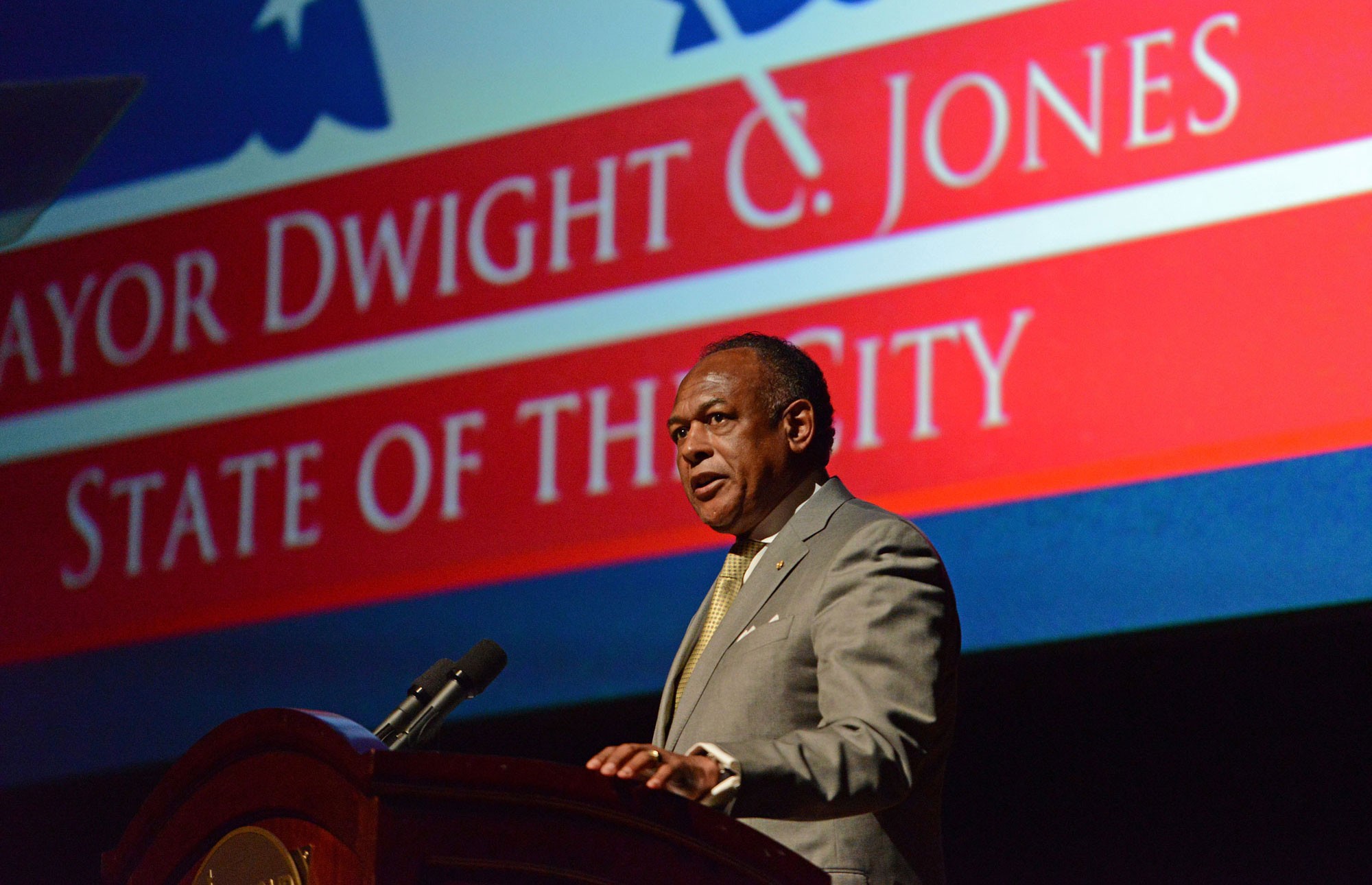 While City Council moved to approve the city's $1.4 billion budget last week, it was left with a single disagreement: How much money should the city spend on Mayor Dwight Jones' security detail?

Earlier in the budgeting process, 8th District Councilwoman Reva M. Trammell moved to cut $100,000 from the $400,000 requested to pay for the three police officers and two cars used to protect and transport Jones. At the time a majority of council members agreed that the money could be better used elsewhere.

So just how, Trammell demanded to know, did the $400,000 make it back in the final version council was slated to vote on in a few hours?

"Does he need to take them while he's in a restaurant or in a bar eating and drinking, whatever, or smoking cigars or whatever," Trammell asked. "Does he need those officers out there in a police car? That's what people are asking me."
It turned out that the $100,000 was moved from a reserve fund used to pay temporary staffers at the city's 3-1-1 call center if, say, a hurricane or other catastrophe creates an unusually high volume of calls. Byron Marshall, the city's chief administrative officer, says he proposed moving the money around after council members approached him privately to avoid cutting the mayoral security budget. He declines to name the specific council members.

City Council President Charles Samuels says that after Marshall proposed pulling the money from the call center's temporary fund, a majority of City Council supported maintaining the security detail (Samuels did not).

Before joining the unanimous vote to approve the budget, councilmen Parker Agelasto and Chris Hilbert, along with Trammell, voiced frustration that the funds had been restored without their knowledge.

Trammell was the most outspoken. After the meeting, she questioned the need for any kind of security detail.

"What is he afraid of?" she asked. "Who the hell knows him? Unless he goes around out there and says, 'I'm Mr. Mayor.'"

Whether it's common for a mayor of a city of 200,000 to have a security detail depends where you are. Style Weekly randomly polled three similarly sized cities: Des Moines, Iowa; Baton Rouge, La.; and Boise, Idaho. Only one offered regular police protection to its mayor. A spokesman for the mayor of Baton Rouge, population 230,000, says the city budgets $150,000 annually for a rotating police detail that drives the mayor to and from appointments.

In Richmond, Jones refers questions about his security detail to Police Chief Ray Tarasovic. Appointed by Jones, Tarasovic was unavailable for comment, according to a police spokeswoman, but has said he feels the security detail is "an important endeavor" he plans to continue.