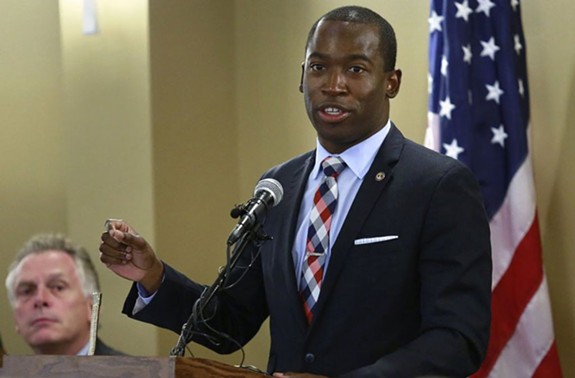 Selena Cuffee-Glenn will keep her job as Richmond’s chief administrative officer, Mayor-elect Levar Stoney said during a news conference this afternoon to announce the first senior staff of his administration.

Cuffee-Glenn, a Chesapeake native, came to her Richmond post in 2015 with experience as city manager in Suffolk. She also worked at the Richmond Redevelopment and Housing Authority. She’s been working to get the city’s financial reports cleaned up.

In the political section of Style Weekly's most recent Power List, Cuffee-Glenn ranked No. 3.

Stoney also announced his appointment of Lincoln Saunders as acting chief of staff. Saunders, a native of the Northern Neck, holds the same position for first lady Dorothy McAuliffe.

“Lincoln has both the governmental experience, and the fresh perspective and energy needed to help our incoming administration achieve the goals we laid out during my campaign,” Stoney says in a release.

He says Cuffee-Glenn “will also be charged with assembling and developing the team of skilled and committed professionals needed throughout the organization to implement my bold vision and make Richmond a AAA bond rated city.”