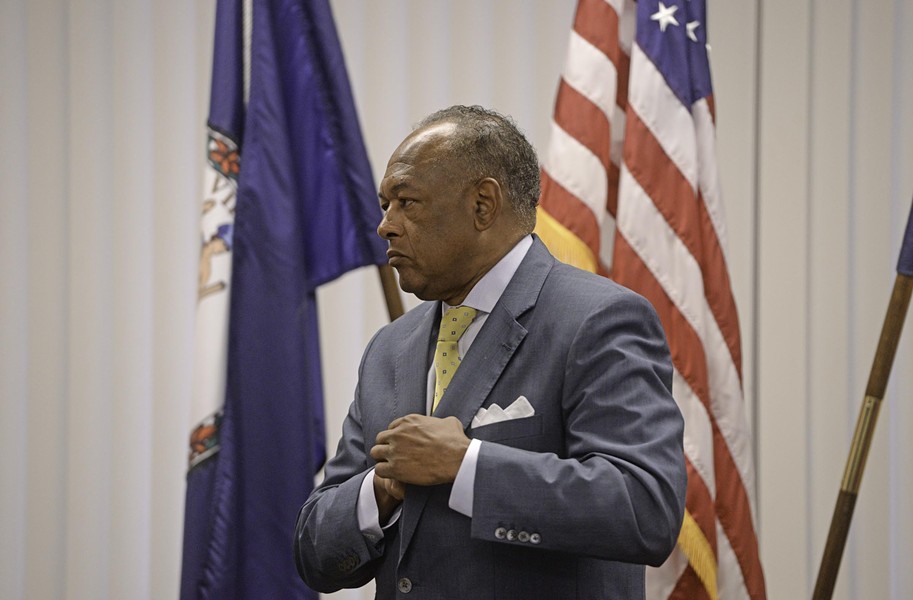 Mayor Dwight Jones labeled the School Board’s insistence that it needs millions of dollars to fix crumbling schools a “distraction” Monday, calling for a new focus on just about every other issue the district faces.

“I don’t want the distraction of poor building maintenance to keep us from focusing on teaching our children and maximizing the potential of every last child in the city of Richmond,” Jones said at a news conference.

Assistant Superintendent Tommy Kranz detailed critical needs throughout the district in an Aug. 7 report that cited faulty air conditioning systems and leaky roofs among other problems. It says the district will need $35 million to fix the issues in the next year. City Council approved $7 million in maintenance money in May -- a $6 million increase that came after public outcry over school conditions in April.

Jones said Monday that his administration was looking into how to get more funding for maintenance. But while the School Board continues to discuss more, he said he hadn’t seen a long-term plan for the district to improve test scores and other academic performance numbers.

There also was no plan to “right-size” the district by eliminating under-enrolled schools or determine future enrollment needs, he said.

“Fixing our schools has got to be defined beyond improving buildings, but also improving outcomes,” he said. “I will not stand by any longer while this discussion that needs to be highlighted goes ignored.”

The mayor’s call for more planning came a day after City Council Vice President Ellen Robertson asked the School Board to move forward on a new Overby-Sheppard Elementary School that would serve the Highland Grove mixed-income housing project in the North Side. Jones said he would continue to push for that new construction because it came out of the city’s master-plan process.

Second District School Board Member Kim Gray, one of the leaders of the facilities task force, took issue with Jones’ assertions. She said the board was pursuing demographic planning while also paying attention to long-ignored maintenance issues that can’t wait.

“We have to address health and safety issues,” Gray says. “We can’t have students in classrooms with tiles falling on their heads or HVAC systems failing during SOL testing.”

Correction: An earlier version of this story attributed a report detailing the district's needs from Assistant Superintendent Tommy Kranz to the School Board's facilities task force. The board has not yet acted on the report.