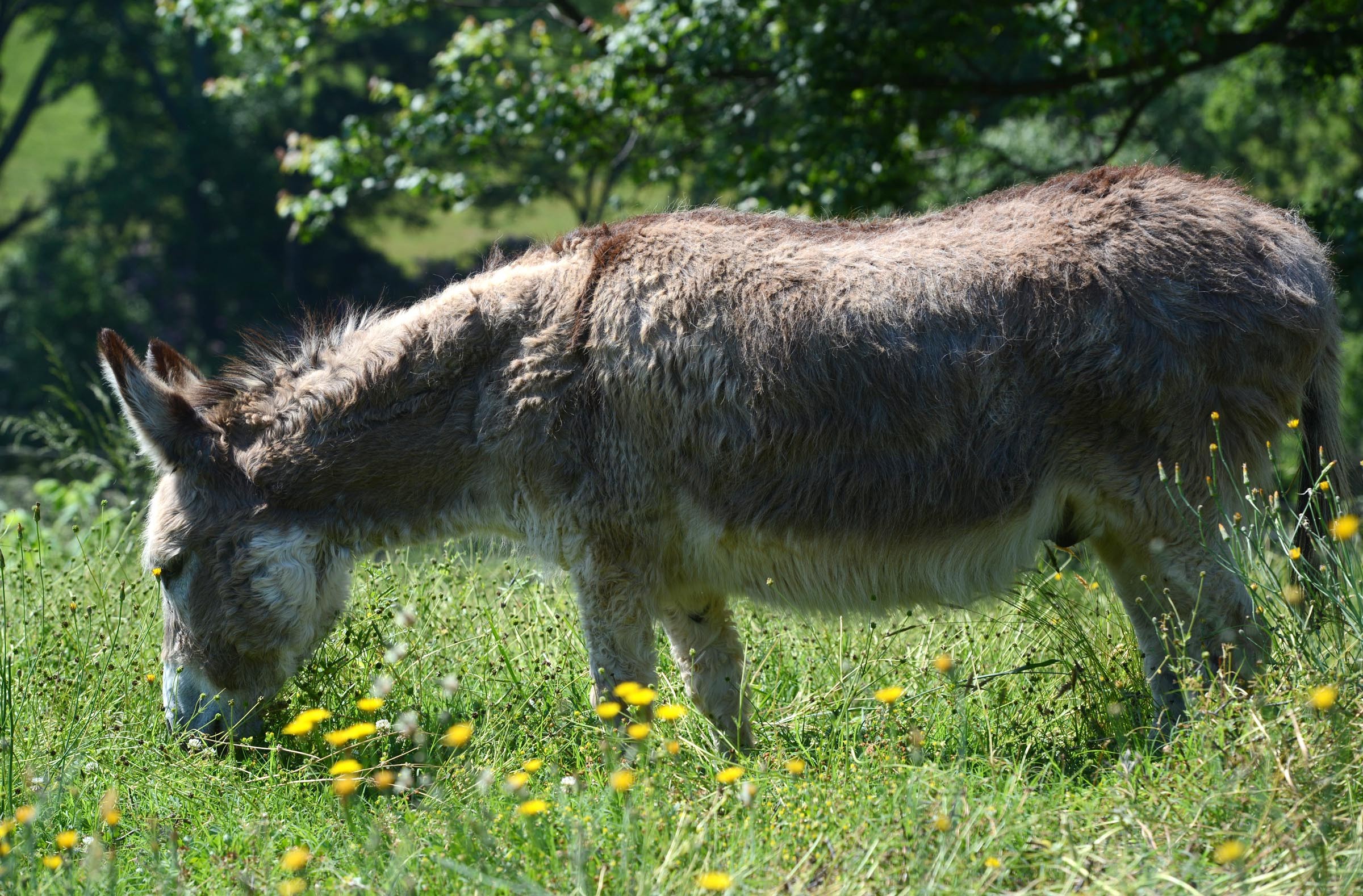 Percy, the miniature donkey who lives on a hillside at Maymont's petting zoo, was almost 100 pounds overweight last year. So the staff at the Richmond park's nature center put him on a diet.

"He was rotund, but he's rotund because he's loved," says Buz Bireline, director of the nature center at Maymont. "Everybody loves him and they want to feed him. And I'm sure he's gotten everything from sandwiches to the correct alfalfa pellets over time."

Indeed, Percy is calm, handsome and engaging to the point where visitors are nearly powerless against handing over handfuls of the alfalfa pellets distributed from coin-operated vending machines.

But as one staff member put it, alfalfa is like the chocolate of the animal world, and in March the 16-year-old donkey weighed in at 450 pounds. His ideal weight is closer to 360 pounds, Bireline says.

Since Percy went on his diet — visitors are asked not to feed him — he's lost about 35 pounds. Bireline says he's responding to the change well: "He's not showing any signs of craving certain foods or anything like that."