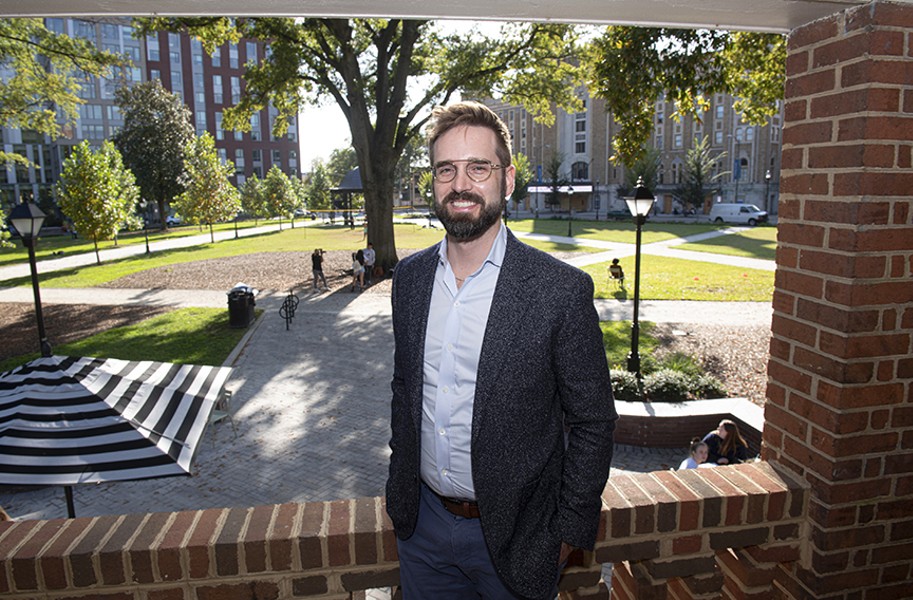 When School Superintendent Jason Kamras began his job, the Richmond Public Schools underwent a strategic plan and realized the system needed better representation at the state level to advocate for funding. In 2018, Stanley was hired as its first director of advocacy and outreach, a crucial job that has since greatly expanded.

Today his role is not just about lobbying, it’s about empowering the community and amplifying its voice to drive policymakers and the public interest – as he puts it, “to embed that culture of advocacy within RPS and the city.” He’s taken over the schools’ communication portfolio – social media and website – to better tell the story of our public schools, realizing the importance of controlling the narrative, so that someone else doesn’t do it for them.

He was involved with the schools’ Civic Voice Town Hall series in August and helped to create the Virginia School Commission on Modernization and Construction, based on legislation introduced at the request of the schools with state Sen. Jennifer McClellan. It’s setting up new ways to deal with modernizing school facilities over the next decade, he says. “The state can find the money to do this,” he says regarding the students’ top priority of upgrading school facilities. “But resources are limited and health care expenses continue to drive the imbalance in education funding.”

Folks like Stanley are leading the charge for Richmond students.

“They know what’s happening in their lives, they see the problems, they have the solutions and ideas, we just need to listen to them and their stories,” he says.