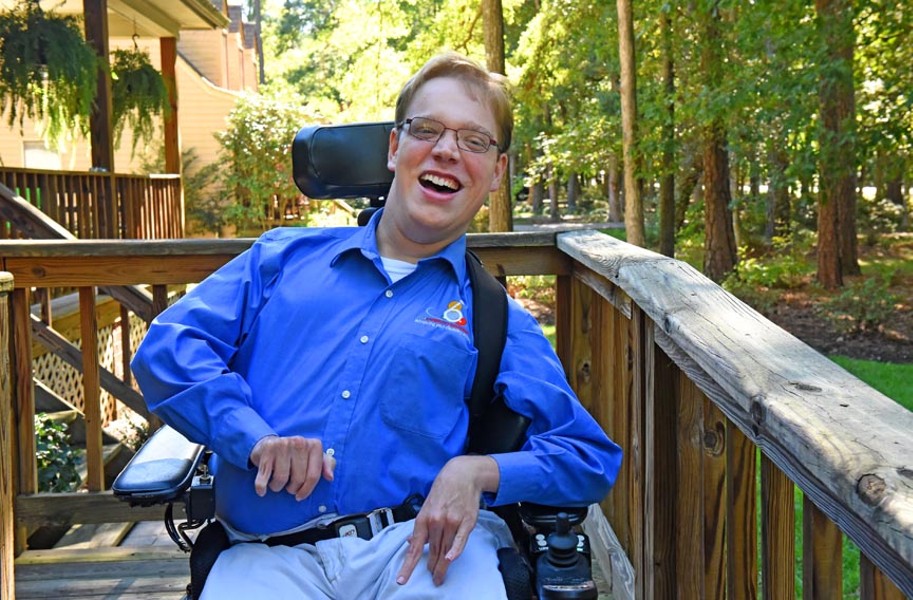 “While what people with disabilities do is incredible,” he says, “we’re not here to make people feel good about themselves.”

Shapiro, who lives with cerebral palsy, doesn’t want your pedestal — he wants your business. And his talents for getting people to see things differently are evident.

“People with disabilities are the biggest minority group that no one talks about, and they have $220 billion in discretionary spending" nationwide, he says. “My goal is to work with people who have no connection to disability whatsoever, help them understand that this is a huge population of people that society rarely taps into.”

For years, he volunteered and advocated for people with disabilities at J.R. Tucker High School and Virginia Commonwealth University. After graduation, he channeled his expertise about all manner of disabilities into his own business: 6 Wheels Consulting. The name references his wheelchair, including its two hidden wheels.

Shapiro consults with businesses, nonprofits and local government on accessibility and sensitivity toward those in wheelchairs, with hearing and vision impairments and such developmental disabilities as autism.

“In most cases all they’re thinking about is [Americans with Disabilities Act] compliance,” he says. “That’s great, but I come in and say here’s how we can do more to be more inclusive.”

Such clients as the Henrico County library system and Central Virginia Goodwill have come to him for assessments. “Moving furniture around to open up space, angling the tables in study rooms, training with staff members, thinking about safety and emergency preparedness situations,” Shapiro says of his recommendations.

Those changes end up helping groups like the elderly and families with strollers, as well. “So it ends up ultimately becoming a universal design approach,” he says.

He’s also a self-described political nerd and serves on numerous state-level boards for disability awareness and education. And he’s fielding requests for public speaking engagements across the country, which means a lot of travel.

“Hotel rooms are routinely bad culprits of just doing the bare minimum of what’s required with ADA,” he says. He describes common problems he’s had with beds and bathrooms in supposedly accessible rooms.

“But people don’t think this way unless they’re affected by it,” Shapiro says. “The biggest challenge I have is getting people to understand they need my services.”