Matthew Bauserman, 32: Owner and Developer at The Mark on Broad 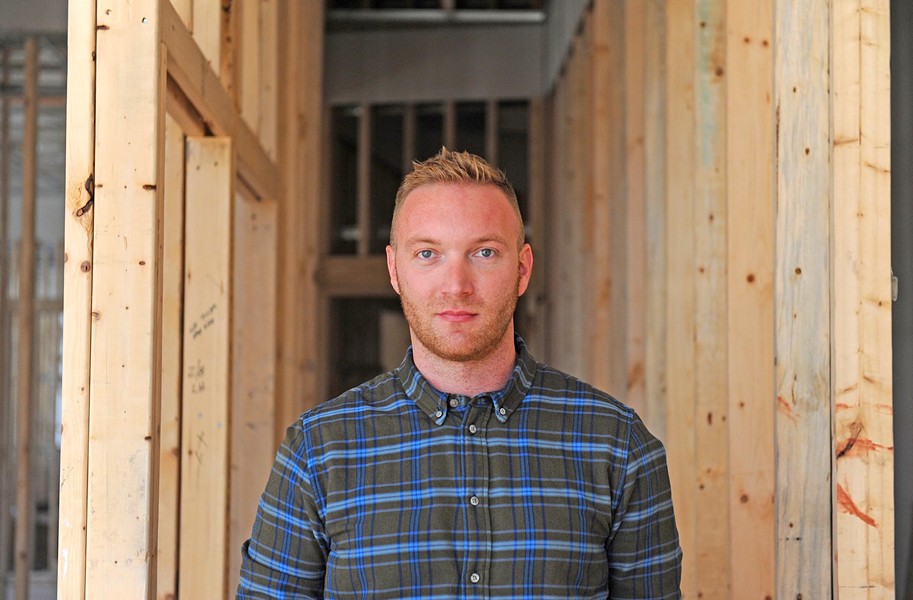 It’s one thing to buy on Broad Street.

In 2013, Bauserman bought a rundown building at Third and Broad streets — occupied by Hofheimer’s Shoes for 48 years — because he fell in love with the airy top floor and its grand arched windows. And, he says, “I felt like downtown was on the verge of something.”

He turned the third floor into his own spacious apartment, with modern art and midcentury flourishes. He rented the first-floor storefront to CodeVA, a nonprofit that promotes computer science education, and renovated the brick-walled basement as a home for pioneering performance group TheatreLab.

In late 2014, Bauserman bought the building next door, despite the boarded windows and dead birds littering the floor. He’s knocking holes in the 5-foot-thick adjoining wall to create seven apartments, plus a roof deck and guesthouse for himself. “And the apartments are so cool,” he says, with multiple levels, built-in bookcases and abundant natural light.

Bauserman deliberately selected his nonprofit tenants because he knew they would bring new activity to the area. On summer afternoons, kids streamed in and out of CodeVA’s space; in the evenings, patrons descended to TheatreLab. And just like that, a formerly silent city corner became a lively place.
It’s also in good company, with Quirk Hotel recently opening a few blocks away and the Central National Bank Building skyscraper under development across the street.

Bauserman also works for Chesapeake Capital Corp., a Richmond-based commodity-trading adviser, juggling that with his development business. Next up is seeking the right tenant for the street-level storefront next to CodeVA, something that will draw even more foot traffic. The area no longer feels desolate and empty, he says: “It’s starting to build itself out as a neighborhood where people will want to live.” And while he doesn’t yet have other Broad Street properties in his portfolio, he says, “I’d be lying if I didn’t tell you I’m already looking around.”