Johnston Foster’s “Cul-De-Sac” (2015) is a mixed-media project that uses discarded, cast-off materials that Foster finds strewn about the world.

Jimmy Joe Roche would like to be the first video artist living on Mars, working away at his distorted videos exposing the underbelly of America. Johnston Foster’s work holds up a mirror to throwaway culture with hybrid creatures made from what we toss in trash cans.

These artists’ work will coincide with the opening of “Dirty Work Dirt Dogs,” launching the fall arts season with a collaboration between Gallery5 and New York’s Rare Gallery. The Chelsea-meets-Jackson Ward exhibit is curated by Gallery5’s Nick Crider.

When Crider expressed interest in including Roche’s work in an exhibit, the founder and director of Rare Gallery, Peter Surace, made a connection.

Foster had lived in Richmond for a number of years, and Baltimore-based Roche, who’s worked with musician Dan Deacon, had hoped to collaborate one day. “They’re friends,” Roche says. “They work on the edges in several similar respects and their works speak to each other.”

Similar in philosophy, both galleries focus on emerging artists and show what they like regardless of contemporary art world trends. Their tendency is to exhibit works that help raise the viewer’s level of social consciousness, sometimes deliberately making people uncomfortable.

The two artists long had enormous respect for each other’s work, having positioned themselves in the quadrant of the art world often considered risky. Their work explores the raw sides of consumer culture as well as questioning traditional notions of art-making — Roche using visceral, digitally manipulated video and Foster using scavenged everyday objects. The pairings ask viewers to think about their world in new and unfamiliar ways.

“I have ideas and visions that need to be brought into being,” Foster says. “Social commentary is a secondary result or something brought in by the viewer. I make things to see what they mean and what their potential could be, not to make something to express a specific idea. I want to learn something new, not reinforce my already existing opinions and beliefs. Art making for me is about possibilities, not end results.” 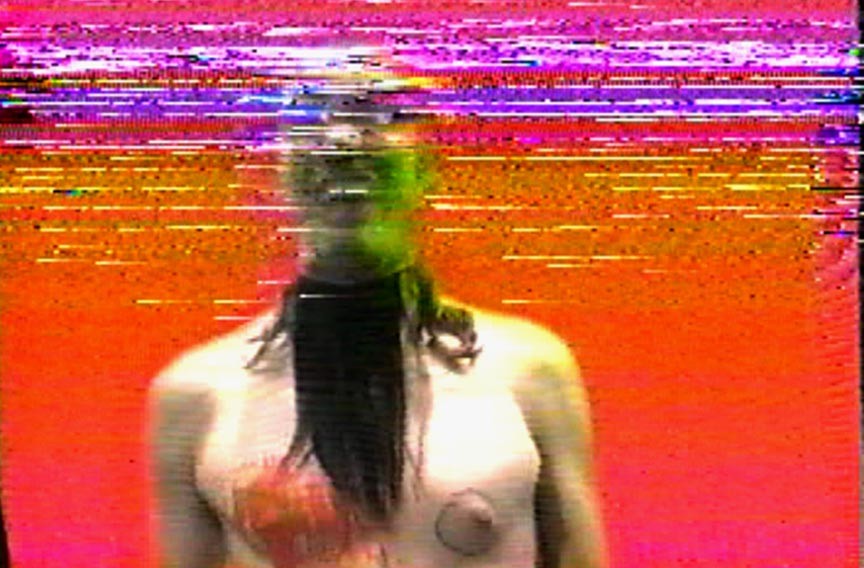 Labeled as simultaneously addictive and repulsive, Roche’s work demands notice in the cacophony that is the global 21st-century art world. “My video work in this show is raw, strange and at times very funny,” Roche says. “My goal is to have fun and enjoy it.”

Crider says the visceral churning of the two artists in the same room together is the kind of excitement he wants in a Gallery5 exhibition.

“We’ve been working on upgrading the gallery space to give me more curatorial options, more consistent spatial awareness,” he adds. The upstairs gallery will be reconfigured for the show, with the windows over Marshall Street temporarily covered with walls for video projections.

Surace and Crider agree that the goal for the show is the same as for every exhibition: to gain further exposure for the artists’ work by putting it in front of new audiences.

“The Internet is great for top-line exposure, but intimate exposure comes only with seeing work in person,” Surace says. “Also, gaining new collectors for our artists is always key. Artwork needs homes, not time-outs in storage facilities.”

“I’m interested to see how the tone is set with all of Johnston’s socially weighted, content-filled, yet visually playful pieces living with Jimmy’s attention-demanding jagged cuts of film,” Crider says.

Given the nature of the work, the exhibition’s soft opening on Thursday, Sept. 3, provides the best opportunity for viewers to see and interact with the work without the inevitable hustle and bustle of First Friday crowds the following evening.

Crider can’t wait to see how it all lives together in his gallery, he says: “I’m imagining the outcome could be summed up with canned laughter, a splat and a series of chalkboard scrapings.” S