The question of whether Richmond officials can withhold basic information about the abrupt exit of the city’s highest-paid employee is headed for court. 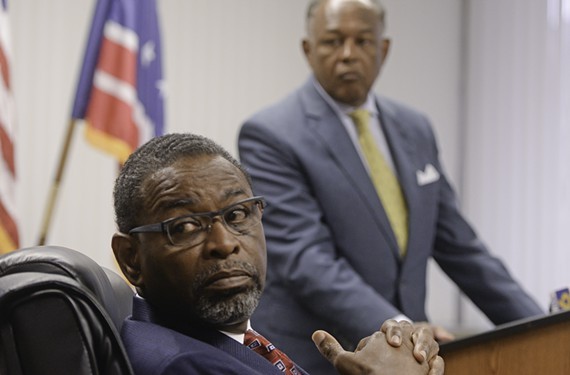 In the first two days after his exit became public, the city received 23 related Freedom of Information Act requests seeking details, including from Style, according to the city’s FOIA log.

Officials batted them away, saying documents were exempt because Marshall’s resignation was a personnel matter. Mayor Dwight Jones agreed to brief only those City Council members who agreed to sign a confidentiality agreement, and in turn kept that document secret.

“They want our trust, but when they hold secrets back they’re telling us they don’t trust us with the truth,” Wolf says.

Wolf was among those demanding that the city release Marshall’s résumé, his separation agreement and the confidentiality agreement issued to City Council members -- which she wrote about in a Back Page essay for Style.

“The City’s response is neither well-grounded in fact, nor warranted by existing law,” Wolf says in the lawsuit. “The City’s willful decision to conceal the confidentiality agreements, separation agreement, résumé and other information and to withhold the documents from production is not undertaken in good faith or for any proper purpose.”

Wolf’s lawsuit seeks the immediate release of the documents, lawyer’s fees and penalties assessed against the city employees responsible for withholding the documents.

According to the suit, a violation for withholding the documents entails a penalty to be paid into the State Literary Fund.

City officials did not immediately respond to a request for comment.

A copy of the suit is available at Cranky Taxpayer.