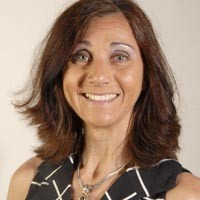 Race: Chesterfield County Board of Supervisors

Where do you live? Midlothian, Foxcroft

Where did you grow up? I was raised in a small town in the state of Pennsylvania.

Why are you running as an independent?
I am seeking the privilege to serve the citizens of Matoaca on the Chesterfield Board of Supervisors. I strongly believe there needs to be an independent voice and my focus will be on the issues that citizens want addressed and solutions to those issues.

Why aren't you running as a Democrat or Republican?
Your question assumes that individuals seeking votes for a particular office should be committed to a political party. My allegiance is to the citizens and their interests and to govern to the best of my ability.

What are your signature policies and campaign issues?
The policies and issues of our campaign are the policies the citizens have been telling us for several years are the most important ones to them: open, representative, responsive and accountable government; responsible growth and quality of life issues; taxes, transportation, education and environment. In addition, I support an increase in the number of supervisors and the at-large election of the chairman of the board to enable all voters to have a voice in their government.

Which political party do you more closely identify with?
Specific issues that I have been involved in both professionally and within communities have not been politically driven. For example, alcohol-highway safety and responsible growth are two areas of interest. In these areas, I have had the privilege to work with local and state policymakers from both political parties.

What changes would bring you into the Democratic or Republican fold?
I am seeking votes of the people of the Matoaca District not changes in either of the parties.

How did you arrive at your political convictions?
At a very young age, I wanted to enter public service and learned the importance of community involvement. The strong principles, values, hard-work ethic of my parents and grandparents formed the foundation of my values and beliefs strengthened by a "sense of community" and "giving back." It is important to me that we place emphasis not on the political position but why we are there in the first place, which is to serve the public.

Who is your political hero?
I would be inclined to say Ghandi because he was an individual who stood strong for civil liberties and freedom in the face of oppression and great personal cost to himself.

Is it wrong to steal office supplies?
Yes. Respect for the property of another is very important. Whatever the property, stealing is unacceptable behavior.

What kind of car do you drive? I am currently driving a sport utility vehicle convenient for family trips and carting campaign materials.