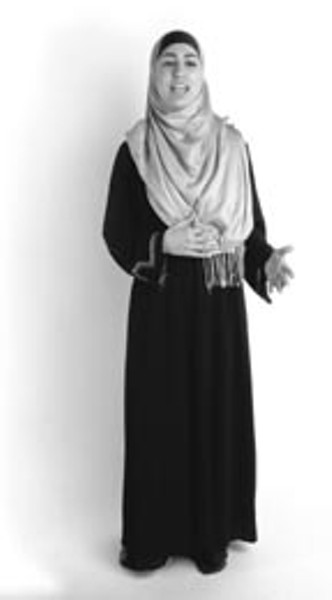 Born in Germany to an Afghani father and an Irish mother, Lodin with her family moved to Virginia when she was 2. A political science major and religious studies minor at VCU, Lodin uses a combination of her education and personal experience to write and perform politically up-to-the-minute, nonstop hip-hop rhymes. Infused with both scathing and insightful social commentary, Lodin's poems focus on "everything encompassing social justice that runs parallel with Islam," she says. Lodin says that contrary to the news we hear today, Islam is a religion of social justice, endorsing moral causes. Lodin says her influences range from the Prophet Muhammad to hard rappers like Nas and socially conscious ones like Zach de la Rocha and Mos Def.

What's next: Lodin is a regular participant in the Just! Poetry Slams held the last Monday of each month at 8 p.m. at the Firehouse Theatre. She will also perform in February in the VCU Muslim Students Association Coffeehouse poetry slam. Her poems will appear in a compilation called "The Just! Poetry Slam Reader," due for release this Spring. — Valley Haggard