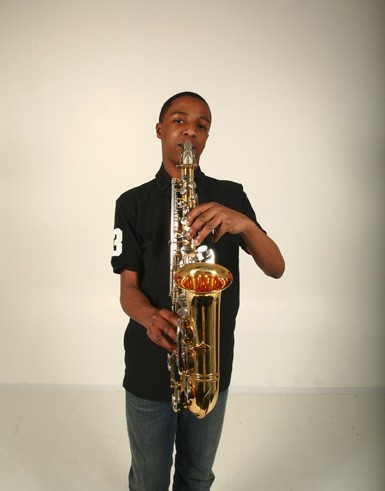 Marcellus Creighton, 14, is an honor roll student at Falling Creek Middle and was inducted into the National Junior Society in 2008. After school he gets his kicks at kung fu, where he is one ranking away from a black belt. He has practiced kung fu at Middleton's Jow Ga Kung Fu and Fitness Center for the past ten years. He has several awards from various competitions, including an international tournament in Dallas, Texas. “Next month we're having a promotion for junior instructors,” Marcellus said. This means that he may be very close to receiving his standing as a black belt.

Marcellus is also a select participant in the Marine Tech Engineering Program, where he will learn more about marine biology and take specialized field trips on the subject. For example, Marcellus' favorite was experiencing the Virginia Aquarium and Marine Science Center at Virginia Beach.

Marcellus has also won several awards for his musical talent as well. Marcellus has been playing the saxophone since 6th grade. He is currently playing the baritone saxophone and intends to play the tenor next year. “It's what my Dad played, and it's just a cool instrument to play,” Marcellus said. He received the Outstanding Band Student Award in 2008. Again, in 2009, he received the Outstanding Intermediate Band Student Award. In band class, Marcellus is currently working on a Michael Jackson tribute piece.

Marcellus has been able to accomplish all of this while managing his health. Being recently diagnosed with Juvenile Diabetes has not slowed him down. He is committed to living life to the fullest.