Mannequin in the Mirror 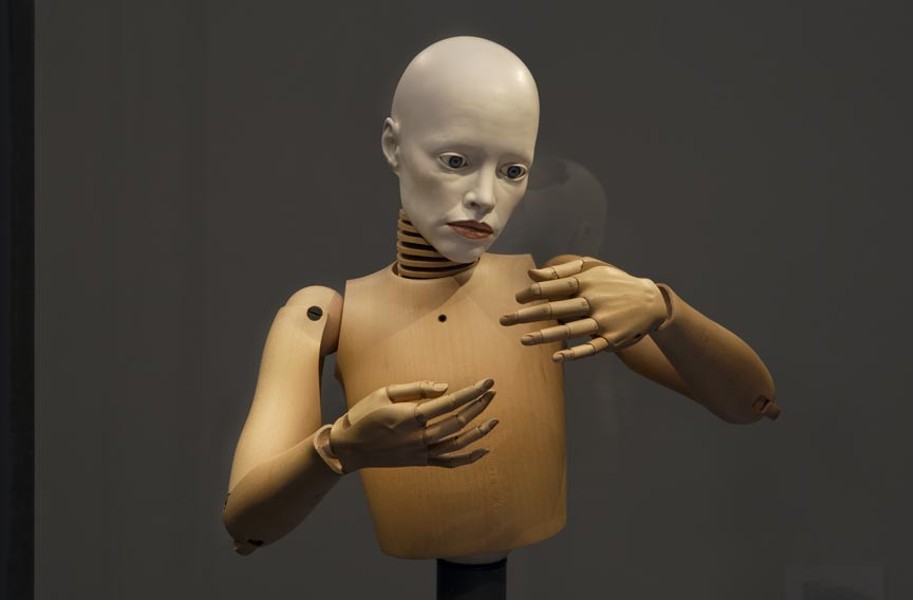 Limbs dangle midair. Ceramic and metal skeletons adorn the tables. Fake eyeballs in glass cases stare back. Inside Elizabeth King's Church Hill studio, it feels like you've stepped into a Tim Burton film. The place would give you the creeps if you were trapped here overnight.

But for King, sculptor and professor at Virginia Commonwealth University, it's home.

Pulling together elements of sculpture, puppetry and animation, King's art explores the human form by reconstructing it at half scale. A typical work might feature a moveable wooden hand set against an animated video of the same appendage flexing its fingers.

"My pieces are a bit like very elaborate mannequins — ones that can shrug their shoulders and move their eyes," says King, her own expressive eyes dancing behind "Annie Hall"-style frames.

Recently, King was honored as one of the 10 recipients of the Anonymous Was a Woman award, which gives $25,000 grants to female artists at critical moments in their lives. The award's title is taken from an attributed Virginia Woolf quote, and only artists 40 and older are eligible. Artists are nominated anonymously, and finalists must apply to receive the award.

From marionettes as a child through puppets in art school, King's captivation with imitating the human body began early.

"My mother had polio, so I grew up with mechanical devices in my house," she says. "Even now, when someone raises their arm on the bus I'm amazed. It's fascinating how the human body is put together, and then, as a sculptor, inventing mechanical equivalents."

Joints prove the toughest challenge for King to represent, as it's difficult to portray complex movements without seeming robotic. This led King to invent new ways of mechanically rendering joints, and it's this consistency with the human body that allows a viewer to relate. 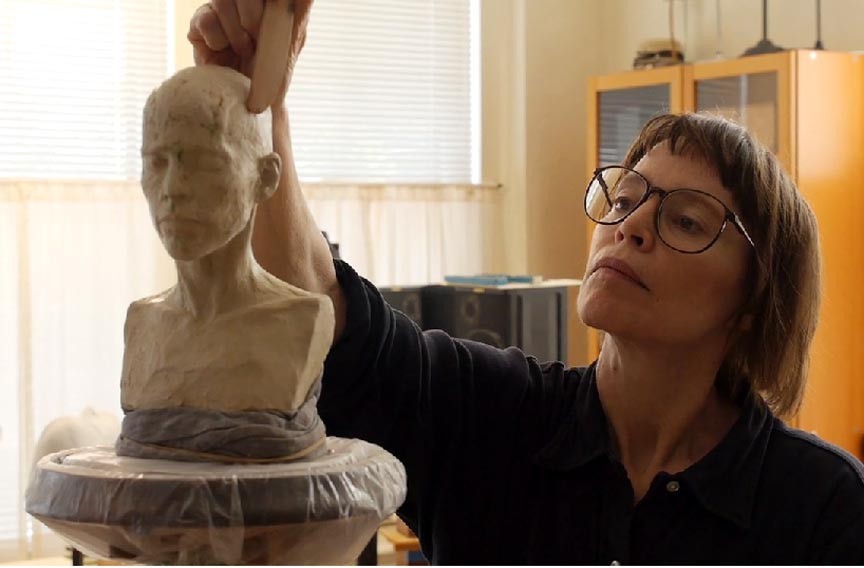 Creating these intricate works usually takes from one to three years, and has led King to master modeling, carving, casting and molding.

In 1991, King began incorporating stop-motion animation into her work, creating a short film with Colossal Pictures, the company responsible for MTV's original branding. "What Happened" starts with an image of King before fading into a mannequin moving like a normal person.

When asked if the mannequin is supposed to represent her, King declines to comment, paraphrasing artist Adrian Piper: "Just because my work is autobiographical doesn't mean it's about me."

A decade ago, King created the short film "Bartlett's Hand" with animator Peter Dodd, known for his work on "Corpse Bride" and "Fantastic Mr. Fox." Exhibiting animation and sculpture together has been the most recent phase of King's work, though there has been a learning curve.

At a showing in the '90s, King noticed viewers spent more time looking at her animated video than the sculpture that had been used to create it. The sculpture took three years to complete; the video just three weeks. "At the time, it felt awful," King says.

This experience led King to explore ways of putting sculpture and animation on an equal footing so they would receive the same attention. Instead of putting a normal flat screen television next to her sculptures, she began working to pull the image out of the screen, using magnifying glasses and other visual frames. While King feels she has a better grasp on presenting her work, it doesn't diminish the challenges of creating it.

"For me, the biggest obstacle is that the work takes so long to make," she says. "I'm more of a novelist than a short story writer, and galleries want short stories."

For King, the grant will allow her to finish two new pieces, as well as complete a book she's been co-writing about a 16th-century monk automaton made of wood and iron. Operated by a key-wound spring, the figure moves in a square, raises and lowers a cross, strikes his chest, nods his head, moves his mouth, and occasionally kisses the cross. In fall 2015, she will have a solo showing at New York's Danese/Corey Gallery.

Standing in the two-story studio and home she shares with husband Carlton Newton — interim chairman of VCU's sculpture department — King picks up a sculpture she made earlier in her career. It's a skeleton made of bronze, and with its porcelain face and puff of red hair, it kind of resembles Art Garfunkel.

"A lot of people are creeped out by these, but I'm fascinated," she says. "The person in the machine." S