Man with a Plan

With the RVA Rap Elite series, rapper Radio B is bringing Richmond’s diverse hip-hop community together. 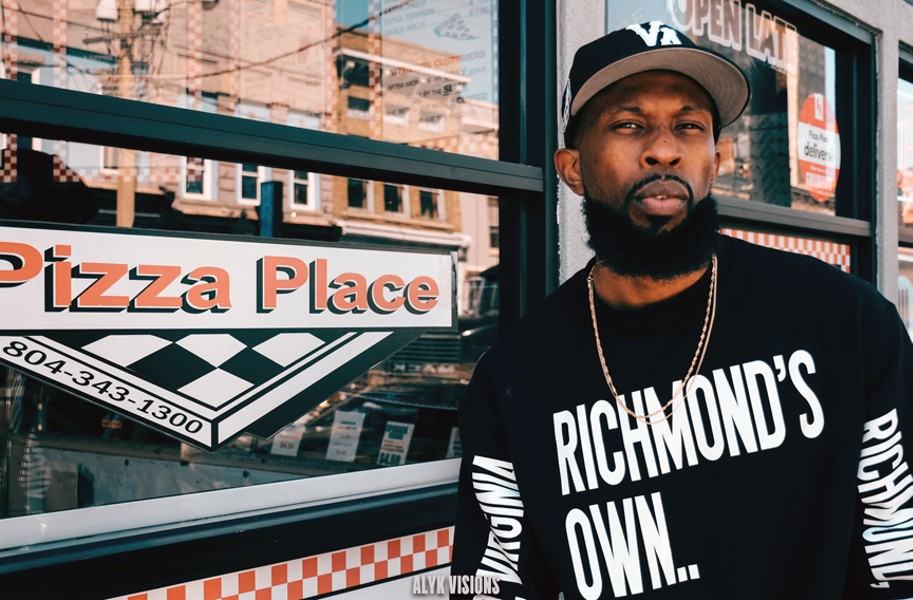 Within the burgeoning hip-hop scene, Radio B is putting in work.

Radio B is spending a lot of time lately on RVA Rap Elite, which started at Strange Matter last year before moving to the Gold Room for the first three months of 2019, and more recently, Champion Brewing Co. It will be held there April 25 and May 30, before moving to the last Saturdays of each month through October. He says it's transitioning to an all-ages, free event.

Style spoke with one of the city's lyrical heavyweights to hear his thoughts about the current state of Richmond hip-hop and the shape of things to come.

Style Weekly: How do you feel about the scene today?

Radio B: I'm pretty much on record stating that Richmond hip-hop is probably the best overall that I've ever seen it. And I've been contributing since probably '99.

Are there any artists you feel are about to break?

If I had to put my money on anybody, I would say Michael Millions, Nickelus F, Fly Anakin, Mutant Academy. It's difficult to say, because everything is more independent-focused than industry-focused. You got guys like Yung Mane doing his thing and myself. We've had big years in terms of pushing things from an independent standpoint, getting coverage from Pitchfork, Complex.

But I think everybody is kind of taking a different approach to breaking through, while keeping the city busy as far as events and shows, content, videos.

Tell me about your RVA Rap Elite series?

RVA Rap Elite is a variety hip-hop event: cyphers, an open cypher, live performances and sometimes we'll start out with an MC battle. We film it all, so those who participate get footage of their performance. In the future, we may be doing sketch comedy, skits — kind of like a Richmond version of what Rap City would've been, or MTV Jams — that kind of energy.

We're trying to bridge the gaps in Richmond hip-hop culture.

One of the things that's plagued Richmond hip-hop over the years is how segmented it is, multiple scenes that rarely intersect. It can be based on style of music, or what side of town you're from. You got your core hip-hop scene (Michael Millions, Noah O, Mutant Academy), the trap scene, the gore groups — sort of a goth kind of vibe, the younger guys, the sound-cloud folks, the battle-rap scene, which I'm also a part of. …

It's a multimedia platform as well. We just released hour-and-a-half episodes [YouTube] where we encapsulate Richmond hip-hop culture — couple of throwback videos, but mostly current ones that intersect with live footage from the event.

Without a regional identity, does Richmond fold into the mid-Atlantic scene on a national level?

We've historically called that a flaw, a lack of identity, or sound and look for Richmond. But I think we're embracing it now. We have a more indie sensibility that comes from the melting pot of Virginia. And we're able to do that now because the internet has changed everything, regions are not exclusive to sounds anymore. New York has artists that sound like they're from Houston or Atlanta. We have artists in Richmond who have been cultivating their sound for years — well-seasoned talent.

I think right now, people are asking a lot about Richmond. Nickelus F and Michael Millions went on tour up and down [the East Coast] from Tampa to New York. They said people were talking about Richmond hip-hop a lot, and following it.

That really inspired me to want to create RVA Rap Elite and the YouTube show. I want it to be a celebration of the diversity in styles here.

You can follow the second season on Instagram @RVARap.Elite or search for it on YouTube. Triangle Theory: a HipHop Experiment "Good Kids Rich City" with Andrew Hypes and Lenny Bones will be held at the Hofheimer Darkroom on May 9 at 6:30 p.m. Events will also be held May 24 and 25 at the Institute for Contemporary Art.