Man of the Hour

After a term filled with triumphs and turmoil, Ralph Northam is now being tested like no Virginia governor since segregation. 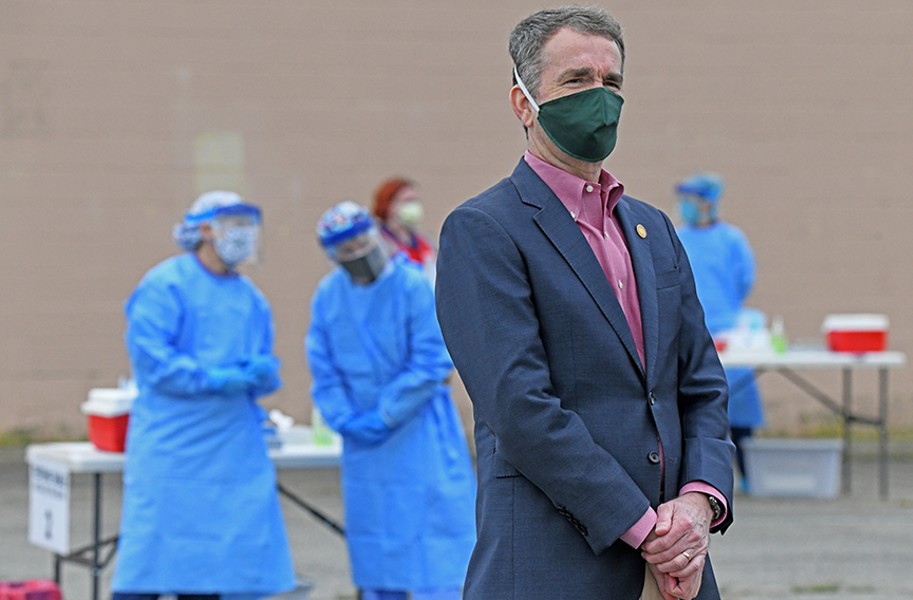 Scott Elmquist Gov. Ralph Northam is following federal guidelines on easing restrictions during the pandemic and has called for a phased re-emergence of the economy.

“OPEN VA, SHUTDOWN NORTHAM” read a sign at a drive-by protest around the state Capitol grounds April 22. Sports utility vehicles, cars and a surplus military truck with a big, yellow “Don’t Tread On Me” rattlesnake flag drove by, their horns blaring.

The gathering to protest Gov. Ralph Northam’s shutdown of nonessential businesses to stem the spread of the deadly COVID-19 virus brought people, dressed in various costumes, out in numbers.

It looked like an old-style tea party rally. Some wore American flag shirts. Two men dressed in military camouflage utilities stood steady as photographers clicked away. One wore a white stalker mask. The other, bandoliers of shotgun shells draped over his back, held what seemed to be a chopped down assault rifle.

“We’ll lose 25 to 40% of all small businesses in the Commonwealth. Many won’t come back,” said David Britt, a mental health counselor from Fairfax who helped organize the protest. Other organizers included the conservative groups the Virginia First Foundation and the Middle Resolution, based in Mechanicsville.

Clearly, Northam, a soft-spoken physician and Democrat born on the Eastern Shore, is the man of the hour.

He’s credited with many startling achievements during his two years in office, including finally expanding Medicaid coverage to nearly 400,000 people, getting the General Assembly to ratify the Equal Rights Amendment, passing new gun control laws and expanding protections for gay and lesbian residents. Last year, he helped orchestrate the Democratic sweep of the General Assembly for the first time in decades.

“There’s no doubt about it, Northam has had a very successful run as governor,” says Bob Holsworth, a Richmond political analyst.

Yet Northam has taken his lumps. Early last year, he bungled a radio interview about late term abortions. A few days later, he got caught in a national scandal in which he may have been photographed during the 1980s for a medical school yearbook in blackface during a party. He admitted it, then denied it, as just about every influential Democratic official in Virginia wanted his head on a plate.

Somehow he managed to weather that and now is facing the biggest test any Virginia governor has faced since school integration in the 1950s.

As President Donald Trump issues wildly contradictory orders on containing COVID-19, which so far has killed more than 44,000 Americans including about 350 in Virginia, governors are having to fill the leadership void. Some Democrats such as Anthony Cuomo of New York and Gavin Newsom of California have risen to the occasion with sound, sober policies such as social distancing and temporarily shutting down nonessential businesses.

Next door, Maryland Gov. Larry Hogan, a Republican, impressed many by taking charge early with decisive plans to stem the virus. Northam, by contrast, took hits for his initially plodding response. “He got off to a slow start, really lagging behind Governor Hogan. But he has really improved in recent weeks,” says Stephen Farnsworth, a political science professor at the University of Mary Washington.

That may be, but Northam has become a target of choice for many conservatives. He’s been called everything from incompetent to a closet fascist dictator. At Bacon’s Rebellion, a libertarian-conservative leaning blog, commenters have repeatedly blamed Northam for the tragedy of Henrico County’s Canterbury Rehabilitation and Healthcare Center, an acute care facility where 49 patients have died of the virus — among the largest single-incidence locations in the nation.

The bigger reason why Northam has sparked such controversy is that he has been such a success. Both old school Republicans and Trump-loving populists know that and despise him for it. “He’s done a terrible job and his life’s goal is to destroy Virginia,” said Spotsylvania resident Jason Roberge at the April 22 rally. He is one of several Republicans planning to run against U.S. Representative Abigail Spanberger in the 7th District that includes parts of Chesterfield and Henrico counties.

One of Northam’s better public moments came after a reporter asked for his response to Trump’s inflammatory tweet to “LIBERATE Virginia,” alluding to Virginia’s new gun control laws. Northam calmly dismissed the president by noting he was busy trying to save Virginians’ lives and did not have time for “Twitter wars.” Farnsworth agrees the governor “is wise not to get into a war with Trump.”

While Northam has helped pass some previously unthinkable policies such as relaxing abortion rules and decriminalizing marijuana use, he’s had to backtrack from other progressive ideas.

With the state’s economy in turmoil, he’s gotten a delay in a multiyear plan to raise the state’s minimum wage from $7.25 an hour to $12 an hour. He’s delaying plans to allow collective bargaining for some city and state employees. He’s also freezing state spending until there’s a better idea of how long the rise in coronavirus cases will last. That’s a shame, because before the pandemic, the state’s budget picture looked unusually bright.

Analysts Farnsworth and Holsworth agree that the biggest immediate challenges for Northam include providing more and faster testing for the virus. Northam, who had closed nonessential business such as hair salons and some stores until May 8, needs reliable data on how fast and when to reopen the state’s economy. On April 24, he gave a better idea of when he might be prepared to reopen the economy further, including 14 days of no hikes in infections. 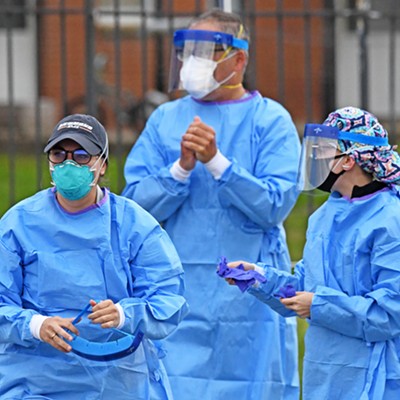 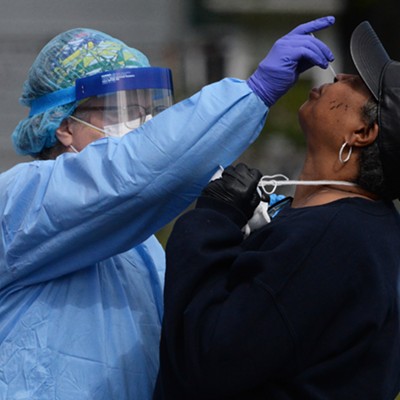 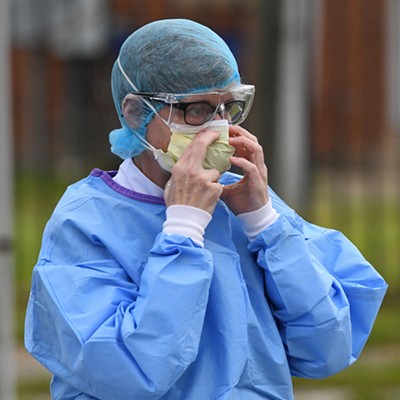 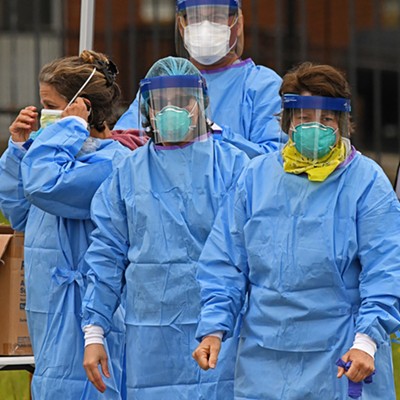 Of major concern is how to protect patients in acute care centers or nursing homes, especially the closely packed elderly who have other serious medical conditions. The Virginia Department of Health has been widely criticized for not doing enough to inspect such facilities and police infractions. It’s a nationwide problem but critics are dumping on Northam for it.

Yet another uncertainty is when local elections and primaries will be held. Northam has backed moving Republican primaries from June 9 to June 23. An open question is whether mail-in voting will be allowed on a massive scale in November’s elections. Northam, who successfully loosened voting rules regarding photo identifications backs using the mail. Republicans claim it will lead to voter fraud.

Some worry that November’s presidential election could be delayed or that Trump’s erratic behavior will spark some type of constitutional crisis.

In the meantime, Northam, Maryland Gov. Hogan, Washington Mayor Muriel Bowser and North Carolina Gov. Roy Cooper have all been in daily contact regarding how to proceed in an organized way to deal with medical equipment shortages, COVID-19 hot spots and their plans to restart economies.

Their efforts mirror regional state pacts in the Northeast and Far West to contain the virus in the absence of any clear leadership by Trump, who has been contradicting or firing medical experts whose professional assessments run counter to Trump.

Despite his many critics, Northam is getting excellent marks in the only poll that’s so far been taken since pandemic took off in the U.S. in February. According to a statewide poll conducted by the Center for Public Policy at the L. Douglas Wilder School of Government at Virginia Commonwealth University, more than three quarters of those contacted, 76%, approve of how Northam is handling the coronavirus crisis.

Of those, 40% have replied that they “strongly approve” of Northam’s performance. The poll was conducted among 812 adults from March 25 to April 8 with an estimated margin of error of 4.51 percent. “Northam enjoys a high level of approval regardless of party affiliation,” according to a statement by the university.

Even so, a bitter fight continues. At the April 22 rally, Mark Carter, a contractor from Hanover County, said he just wants to get his business back. “I have no political affiliation. I’m not for Trump and I’m not a Democrat.”

Others took a much harder line. As a parade of brightly decorated cars and trucks honked past, one man stood on Grace Street in downtown Richmond selling “Trump in 2020” T-shirts for $5 each. The Washington Post reports that reopen-the-economy campaigns are masterminded by a loose group of right-wing organizations that use ample funding and “nimble” social media to advance their cause. Held out as heroes are the red state governors of South Carolina, Georgia and Florida who are being lionized for reopening state businesses very soon.

In Virginia, an extraordinary battle during an extraordinary time is being joined. How wisely and cautiously Northam handles the state’s response could make him one of the outstanding governors in Old Dominion history.