Man in the Black Hat

A lost treasure from Richmond's '70s funk-rock scene is rediscovered. 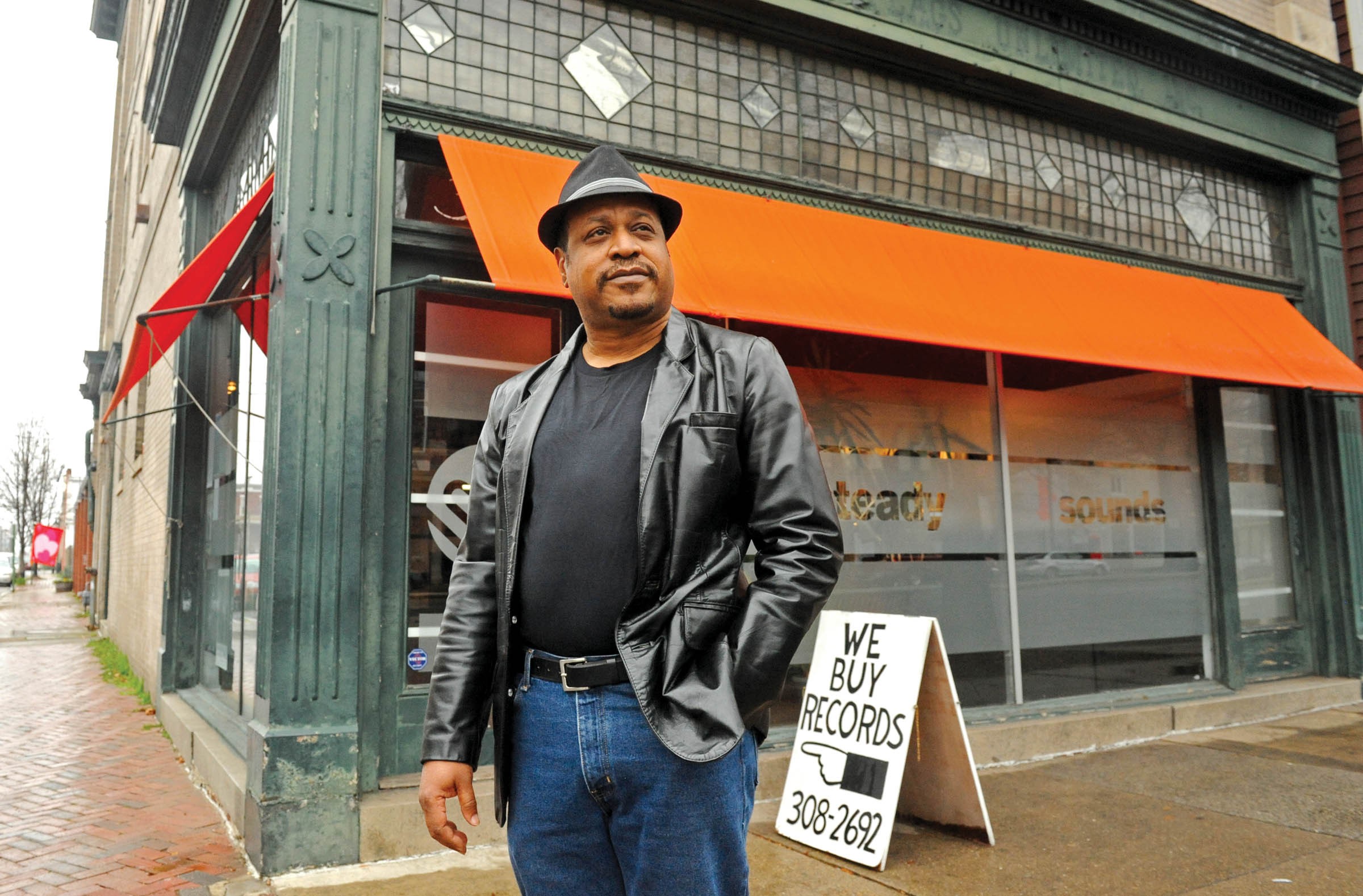 In the fall of 2011, record collector Troy Hurt was flipping through 45-rpm singles at Carrington's Music, a tiny store on East Washington Street in Petersburg, when he came across something enticingly unfamiliar. It was called "Come to Me Softy," by a group called the Trash Company, recorded in 1979 at the former Broad Street studio Alpha Audio.

"No one had heard of it. It was a weird-looking record, and the name, Trash Company was just ... weird," Hurt recalls. "I had my portable record player and I listened to it and it was sort of folky, sort of psychedelic. Unusual."

He bought two. Hurt — one half of the old-school funk- and soul-record-playing DJ team the Scorpio Brothers — told his DJ partner, Marty Key, about the rare find. Key, who co-owns Steady Sounds record store on West Broad Street, also is a musician, having played bass in the indie-rock band Ted Leo and the Pharmacists, probably the most well known among his many bands.

Intrigued, Hurt looked up the songwriter listed on the single, Max Monroe, on the website of the American Society of Composers, Authors, and Publishers. There, he found a local address and phone number.

"When I called, Max seemed completely shocked that someone would call him out of the blue about that record. But he was happy," Hurt says. Monroe told him that he had written songs, played guitar and sang for the Trash Company, which was heavily influenced by Funkadelic. But it had grown apart in the early '80s. The band may have played one more gig at June Jubilee, but nothing remarkable. At most the group was an advanced-level trivia question in Richmond's version of musical "Jeopardy."

Soon after they spoke, Monroe sent Hurt a few emails, featuring several home-recorded MP3s of his own songs. That's when things got interesting.

"We were just blown away. Marty and I are texting each other, like, 'Oh my God, here come some more tracks,'" he says. "We were dumbfounded this guy was in Richmond all this time writing and recording these songs on a four-track, and no one had ever heard of him. He didn't seem to fit into any kind of scene."

Despite Hurt's research, he couldn't find any information about Monroe from local musicians who were in the R&B and soul scenes of the '80s. Nobody had heard of him. Monroe was a mystery man.

"You listen to this music and there are tracks that sound like Suicide, and other cutting-edge stuff that was going in New York at that time," Hurt says. "Here this guy was living by himself at the old Earle Hotel, and he just sort of arrived at it himself."

Hurt and Key were further astonished when Monroe provided dozens of other old demo tapes, stuff that had just been piling up in his closet. A story began to emerge of a bedroom recording genius — the kind of thing that record geeks and music enthusiasts live to discover.

After playing the material for a Washington, label, People's Potential Unlimited — whose owner, Andrew Morgan, was similarly blown away — the Scorpio Brothers asked Monroe if he'd be interested in releasing some of the material. What resulted is the inaugural release for Steady Sounds' label, "Trash Company: the Earle Hotel Tapes 1979-1993." It's named after the former flophouse at the corner of West Main and Adams streets, a notorious hotel where Monroe lived for much of his life, which eventually became a drug-infested eyesore. The place was demolished in 1989 and turned into a parking lot for the Jefferson Hotel. 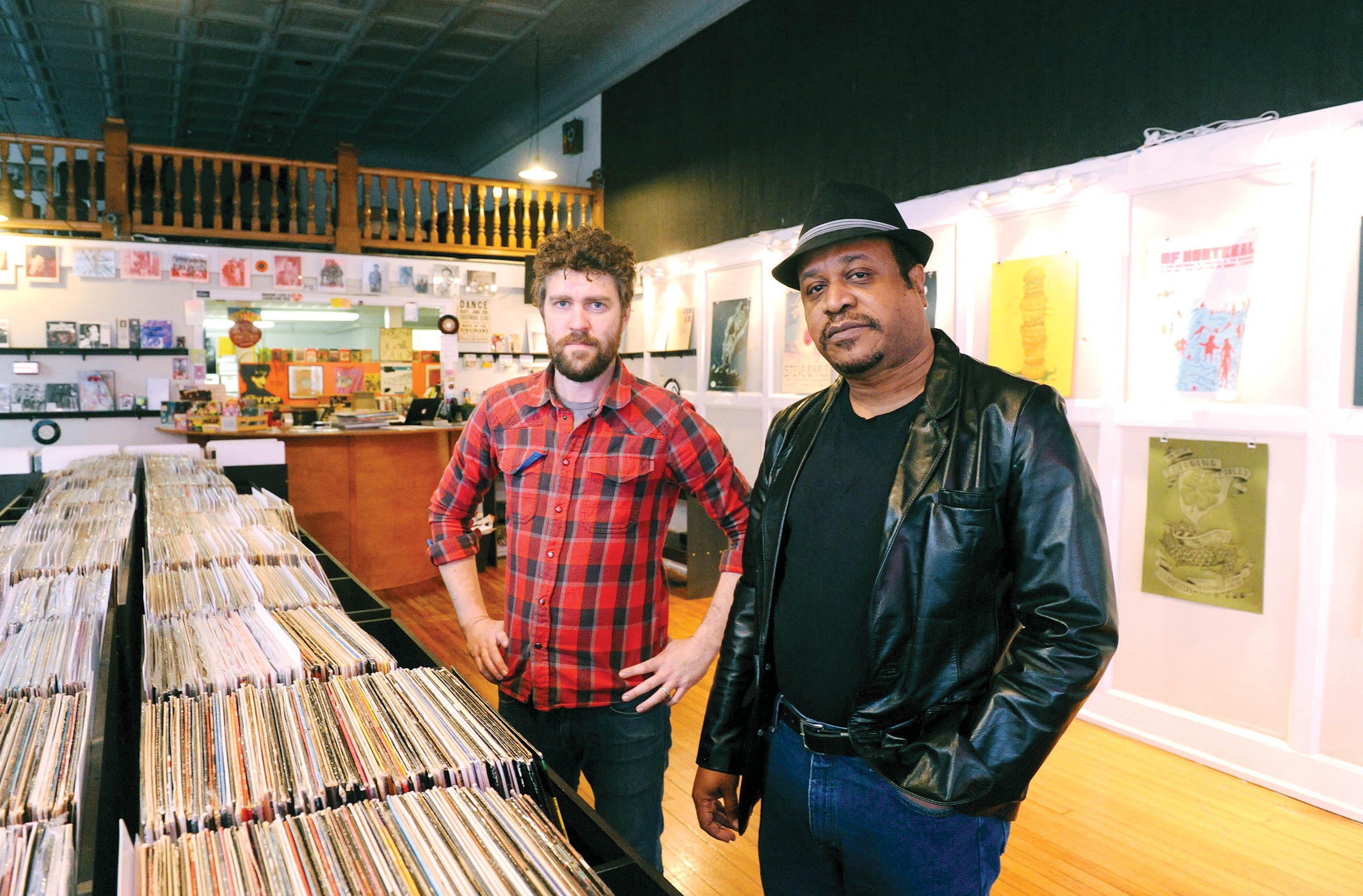 That's what Max Monroe tells me when I arrange to meet with him at one of his favorite spots, Aunt Sarah's Pancake House on Broad Street. He's easy to spot midday in the mostly empty restaurant, sitting in a booth wearing his black fedora and smiling. Monroe's been coming here for years. He likes the warmth of the wood walls and the earthy, muted colors of the place — not to mention the food. Monroe claims to be a synesthete, meaning he perceives sounds, words and letters in terms of color, often feeling he can sense the aura of a person or place. It was said that musicians such as Duke Ellington and Jimi Hendrix also had the condition.

That's why, when talking about the Earle Hotel where he lived for years alongside many other working-class people, Monroe says such things as, "When I got there it was yellow, when I left it was purple."

Monroe started writing music when he was 8, growing up on the 600 block of First Street in Jackson Ward (he has roots in Baltimore but prefers not to discuss them, noting that he lived up and down the East Coast growing up). His grandmother bought him his first guitar in the summer of 1969 and he taught himself how to play.

Monroe began working as a custodian for the city when he was 16, he says, around the same time he began paying $28 a week to rent a room at the Earle. He had issues growing up with his father and left home early.

"My father loved the gangster life. I left after he trained me how to kill a person with an ice pick and get rid of bodies," Monroe says. "None of which I did."

Back then, the Earle was like Richmond's version of New York's infamous Chelsea Hotel, filled with eccentric artists and characters, as wide-ranging as two retired circus clowns, a rich eccentric named Dick Griffith, who was president of the Richmond Rose Society, and an alcoholic who claimed to be a member of Elvis' Memphis mafia.

One day at the hotel in 1975, Monroe was asked to join a young Richmond funk band, the Trash Company, which consisted mainly of the Cheatham brothers, Watusi, Bee and Pop — childhood friends from Jackson Ward. They eventually played a disastrous gig at Maggie L. Walker High School, which involved dumping trash on a horrified audience. It was later rumored that George Clinton tried to get the Cheatham brothers, who were charismatic dancers, to join Parliament Funkadelic to no avail. But Monroe soon left the band over artistic differences, he says, though he remained close friends with Watusi.

Monroe began accumulating material recorded in his hotel room — surreal synth-funk and lo-fi soul and rock music made with cheap equipment. He mailed it to countless record labels in hopes of making it as a songwriter, only to receive countless rejections, some nicer than others (Capitol Records once wrote him back saying, "some music was never meant to be heard"). He says he even received a letter from Frank Sinatra offering encouragement after another rejection, but couldn't find a copy of it to show. In Monroe's mind, his music is more mainstream than it often sounds, and he counts as influences bands from the Beatles to the Motels.

After a contentious relationship with the city, judging from the numerous times he took it to court (he says he often "fought for the rights of city employees"), Monroe retired on disability. These days he spends his time fishing and writing crime novels and reserves Sundays as his special music-making day.

"You pay a price for being around people with limited vision, and no interest in a world view. Most people's motto should be, 'We walk alike, we talk alike, we act alike, we look alike, and who are you?'" Monroe says. "You want to step outside the box, but most people, their goal is to fit in, and I could not care less fitting in with anybody or any group. I am me."

"This was a guy that put out one single that barely played in Richmond, nobody knows who he is, and he's just been sitting on all this stuff," Key says. "Reissues are cool ... but I think it's more interesting to find something that never came out from that era."

So far the album has nearly sold out its first pressing of 500 copies and received lavish attention mostly on music blogs (including a great review on a Japanese site), as well as praise from New York's leading underground record stores, Other Music and Academy Records, which already have called it one of the best reissue albums of 2013. For those who can't find a copy, Key says there probably will be downloads available eventually. For now he's just happy with the finished product.

"If the Trash Company hadn't put out the one single, nobody would've ever known," Key says. "It's pretty cool. I like finding just weird, unknown stuff like that. Just think about how much great music is out there that will never be discovered." S

There's a listening party for the record at Balliceaux on Feb. 20, open to the public starting at 9 p.m. On Feb. 23, Andrew Morgan will DJ at Balliceaux in a second celebration of the joint release.