VCU Theater’s “The Colored Museum” gets in your grill. 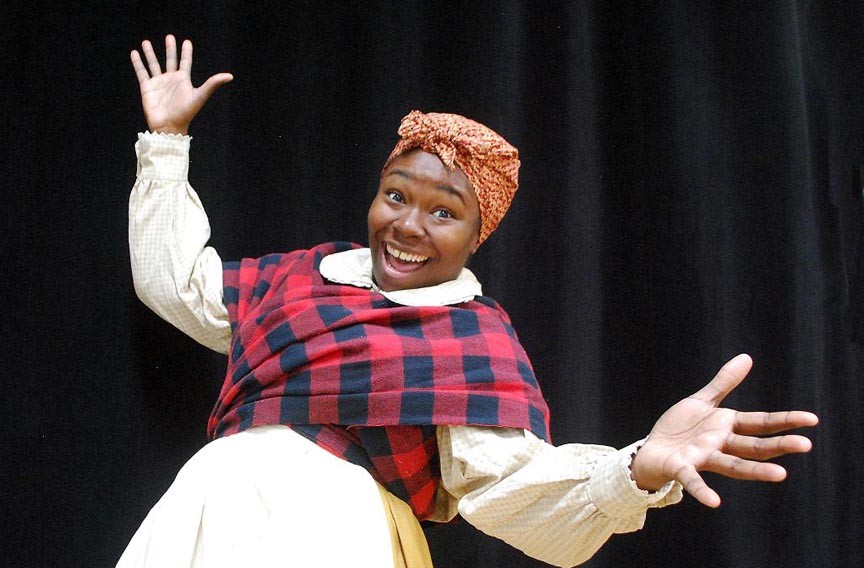 When Virginia Commonwealth University theater students put up posters for their next play, they initially met some resistance.

Store owners weren’t exactly comfortable with the poster images of white men in blackface, advertisements for minstrel shows and black cartoon characters scarfing down watermelon. But that’s just the kind of reaction “The Colored Museum” aims to achieve.

“It is a satiric look at the stereotypes, social conventions and complexities that have to do with the journey of displaced Africans in America,” says Tawnya Pettiford-Wates, a university professor and director of the show, which opens Friday.

George C. Wolfe’s script consists of 11 scenes that portray different stereotypes of blacks. By lampooning archetypes such as the Mammy character, the show aims to deconstruct their origins and meaning.

“The play explores characterizations of black people, but it also talks about active history,” says Pettiford-Wates, who saw the show in its original run off-Broadway. “It uses humor and satire to teach real history. It is very much like going into a museum, except that it’s live.”

Though the show was written in the 1980s, the theater department’s chairman, David Leong, says the issues raised remain relevant. The cast consists of undergraduate students, some of whom weren’t familiar with all of the stereotypes portrayed in the show. “For the younger generation, a lot of this is brand new to them,” Leong says.

Some cast members, such as Raven L. Wilkes, a 20-year-old sophomore, conducted research to help them portray these roles. Among other characters, Wilkes portrays Aunt Ethel, a Southern housemaid who cooks all the food for a white family. Aunt Ethel is the play’s version of the Mammy character.

“They sort of made her as the image of a mother that would always take care of you,” Wilkes says. “They made her sexless, so no one was attracted to her.”

Though she’s been toned down through the years, the syrup and pancake-mix icon Aunt Jemima originally came out of minstrel shows. For some, she still embodies the idea that all black women can cook.

“She used to be really big, have a scarf on her head and a big wide smile,” Wilkes says of Aunt Jemima. Though she originally read the script in high school, Wilkes says her research for the role has taught her much about black history and culture. To help prepare for her role, she also watched “Imitation of Life” and “Gone With the Wind.”

Pettiford-Wates says that it’s been a moving experience to see the show’s all-black cast delve into their characters and learn the history of these stereotypes. “They had no idea what hot buttons those particular characters push,” she says. “[The show] should be a journey for everyone.”

TheatreVCU’s “The Colored Museum” plays Feb. 14-24 at the W.E. Singleton Center for the Performing Arts Center. For information, visit arts.vcu.edu/theatre or call 828-1514.