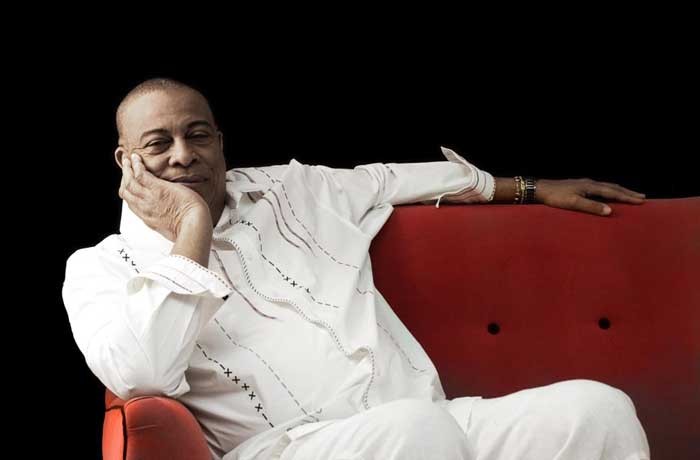 It's been one of the most brilliant Modlin Center jazz seasons in recent memory. Last year's appearances of bassist Esperanza Spaulding and singer Gretchen Parlato featured two of the most praised talents on the scene. The Hot Club of San Francisco's Jan. 29 blend of silent film and gypsy jazz looks very promising, and any appearance by Rene Marie has a certain magic. But even among this illustrious crowd, the Feb. 1 appearance of the great Cuban pianist Chucho Valdés stands out.

Valdés has been a bracing force on the scene since the 1979 breakout of his band Irakere, a hot blast of genre-defying innovation from his Cold War frozen-out tropical homeland. Their self-titled debut album won him the first of five Grammy Awards. The rest are from a solo career grounded in Afro-Cuban culture but unbounded by idiom.

For the Richmond performance, Valdés brings the band from his 2011 Grammy-winning release, "Chucho's Steps." He calls this group the Afro-Cuban Messengers, evoking both Dizzy Gillespie's late-'40s popularization and branding of Latin music and Art Blakey's classic bebop group.

But there's nothing retro about the music. Styles are juggled with virtuosity and wit. The opening "Zawinul's Mambo" — its main theme drawn from Weather Report's mid-'70s hit "Birdland" — rolls out as a madcap ramble through jazz, funk and Latin. The next song starts as a soulful melodic ballad and flows from there with seamless logic in a variety of unexpected directions. With the full horn section, this is a band that can sound either huge or intimate. Valdés plays with classical command and percussive imagination.

One of the ironies of communist collectivism is that it apparently provides a nurturing environment for extraordinary individual talent. In Cuba, the musically gifted are recognized early and rigorously trained. Of course, not everyone thrives in the environment. The bandleader's father, the great Latin pianist Bebo Valdés, left Cuba after the revolution. Meanwhile, Irakere trumpeter Arturo Sandoval and saxophonist Paquito D'Rivera defected after their breakout successes. But Chucho Valdés has chosen to remain in his homeland, with a position of titular professor at the Instituto Superior de Arte in Havana.

His commitment to education, on and off the bandstand, is another echo of Art Blakey, whose Jazz Messengers launched the careers of a generation of leading musicians, including Wayne Shorter, Keith Jarrett and Wynton Marsalis. "It is my style to make musicians grow," Valdés says in a translated interview available on his latest CD's making-of video. "So we need to argue, to compare opinions. That way they don't even notice that they are developing their talent."

Playing well is important, but not at the expense of development. "Let's hope everything turns out all right," Valdés says. "But if it doesn't, anyway we are happy because we are sure we did something different."

For Richmond audiences getting their first exposure to this Latin music legend, experiencing something different is a solid guarantee.

Chucho Valdés and the Afro-Cuban Messengers will perform at the University of Richmond's Modlin Center on Wednesday, Feb. 1, at 7:30 p.m. For tickets and information go to modlin.richmond.edu.