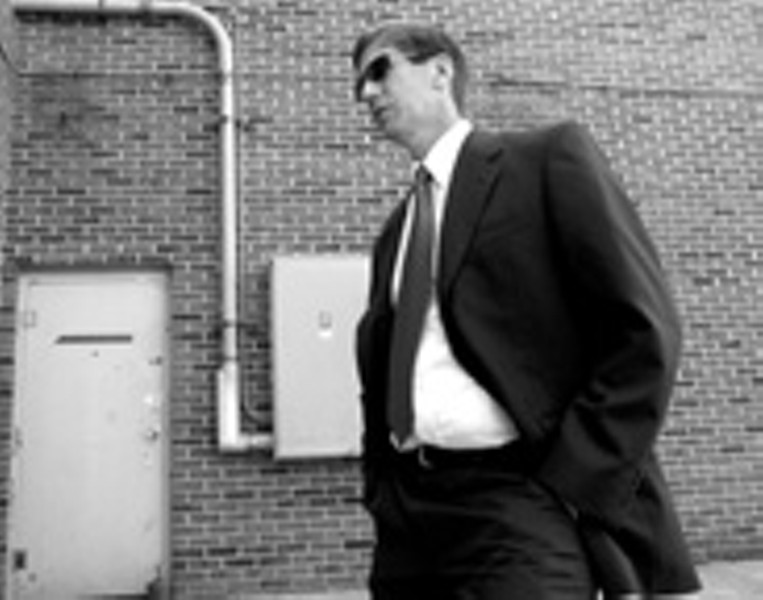 The Nov. 7, 1996, slayings of Charlita Singleton and Cheryl Sonya Edwards were two of the county's grisliest unsolved murders. Until recently, detectives had turned up few leads in the case, and this accelerated the decline of Chesterfield's oldest mall. Much of it is now slated to be torn down for redevelopment.

The murders of Singleton and Edwards, both employees of the All-For-One dollar store, stumped Chesterfield County Police investigators for years. Virtually no one came forward with information, even though the crime occurred in a such a public place, says Lt. Robert W. Skowron, who manages cold cases for the department's criminal investigations division.

Some $20,000 in reward money produced zilch. A stolen burgundy Chevy van found in the mall parking lot that night was a dead end. A man seen running outside the mall around the same time the murders occurred — police aren't sure, but suspect it was sometime soon after the store closed at 9 p.m. — produced nothing.

Skowron, who discovered the bodies in the back office the morning of Nov. 8, recalls his uneasy feeling as he approached the locked door, holding a key given to him by the store's manager moments before.

"With both their vehicles out front," he recalls, "I strongly suspected foul play was involved." The families of both Singleton and Edwards were waiting outside in the parking lot. Hours earlier, they had called police to report Singleton and Edwards missing. Family members made their way to the mall, and were met by the first patrol officer who arrived at 5:13 a.m.

When Skowron opened the door, he found the bodies of Singleton and Edwards, each stabbed multiple times. The safe was open and money apparently was missing.

Then Skowron had to go back outside to meet the families. In a blink, all those hopeful eyes deadened with reality. It didn't take long for detectives to exonerate the family members as possible suspects.

The mall closed for the day while police investigated the crime scene, scouring the mall, the parking lot, the wooded area around the mall for clues and information — to no avail. Cloverleaf reopened a day later, Nov. 9, but never recovered.

Eight years later, Skowron says, the case is "getting a fresh look," although he is mum on details. Ten of the county's homicide cases since 1995 are still open. But few have had the kind of ancillary economic impact as the Cloverleaf slayings.

At the time of the killings, Cloverleaf faced a retail shift. An expanding Chesterfield Towne Center farther west on Midlothian Turnpike was luring away national retailers. A newer Southpark Mall off Interstate 95 in Colonial Heights weakened Cloverleaf's status as a regional shopping center. The double homicide turbo-boosted the mall's decline.

Jay B. Lafler is a vice president at Commercial Properties Management, where he manages the Beaufont shopping center across the street from Cloverleaf. He had been manager at Cloverleaf barely five weeks when the slayings occurred.

The mall, he says, never had a chance. "After the tragedy, the national tenants said they couldn't get help. Parents wouldn't let their kids work there," Lafler recalls. "It was truly catastrophic. We became the murder mall."

Some in the real estate business say that murders or not, the mall was on its last legs. Brian Glass, senior vice president at Grubb & Ellis/Harrison & Bates Inc., says without the brutal double homicide the mall simply would have "suffered a slower death. It would not have made a difference."

Chesterfield County is now partnering with a development firm out of Baltimore, Chesapeake Realty Ventures, to turn the old mall and the surrounding property into a mix of housing, offices and retail. But the double homicide still lingers painfully on the minds of the family and friends of Edwards and Singleton. And detectives like Skowron.

Investigators originally suspected robbery to be the motive of the killer or killers, Skowron says. Traditional victimology work — the victims almost always know their killers — turned up nothing. No angry husbands, boyfriends, jealous girlfriends, the typical culprits. Because a safe was found open with money missing, it seemed reasonable to suspect robbery.

A U-Haul reportedly stolen from Chattanooga, Tenn., was found in the parking lot shortly after the killings, at one point suggesting out-of-town robbers.

Still, says Skowron, some things didn't quite fit the robbery theory. The thinking that it was likely a "crime of opportunity," which makes sense considering it was a dollar store, doesn't explain why the victims were brutally stabbed. Also, the killer or killers came in through the back door, which opens to the parking lot. How did they know who was behind the door? It seemed too risky for a typical crime of opportunity.

"It's the randomness of it," Skowron explains. "Money is always a big motivator, but why murder these people?"

Solving the case would put one of Chesterfield's great whodunits finally to rest. Standing outside the mall last week, at the back door he opened eight years ago to discover the bodies of Edwards and Singleton, Lt. Skowron says the new leads, which he can't discuss, are a hopeful sign. Still, he struggles with why this case turned up so few leads, tips, and informants.

"There was just nothing that showed up with this," he says, "until recently." S