Will the Spanish master soon be making a trip from Paris to Virginia? 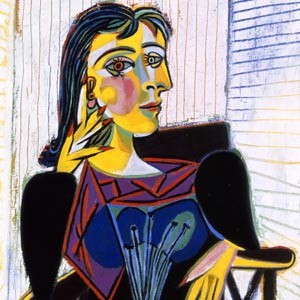 A major exhibition of paintings by Pablo Picasso on tour from the MusAce National Picasso in Paris may be coming to the Virginia Museum of Fine Arts in February, museum sources tell Style Weekly.

The exhibition will first show in the United States from October to January at the Seattle Art Museum, displaying 150 Picasso works comprising sculptures, paintings, photographs, prints and drawings.

An early February article in The Seattle Times reports that “the exhibit likely will go to two more U.S. cities — still to be confirmed — after it leaves Seattle.” So far, VMFA officials decline to confirm a potential Richmond stop. “I cannot comment on it,” spokeswoman Suzanne Hall says.

Alexander L.  Nyerges, director of the museum, says it is “very interested” in bringing the Picasso exhibition here, but that nothing's confirmed. “I don't have a Picasso show under contract right now,” Nyerges says. “We don't have any exhibit with Picasso on the way.”

VMFA's permanent collection includes 13 works by Picasso; the museum's exhibit “Matisse, Picasso and Modern Art in Paris” includes 15 works by Picasso, including his 1906 “Woman with Kerchief,” on display through July 25.

The MusAce National Picasso in Paris is closed until 2012 for a $28-million renovation but is showing paintings from its collection via the touring exhibition, now on display at the Pushkin Museum in Moscow.

Nicole Griffin, a spokeswoman for the Seattle Art Museum, describes her venue's version of the Picasso exhibit as “a deep survey of his entire career.”

Highlights at the Seattle Museum will include paintings such as “Two Women Running on the Beach (La Course),” completed in 1922; “The Reading,” painted in 1932; and “Portrait of Dora Maar,” painted in 1937.