With its Ma Cong premiere, Richmond Ballet shows off the art of partnering. 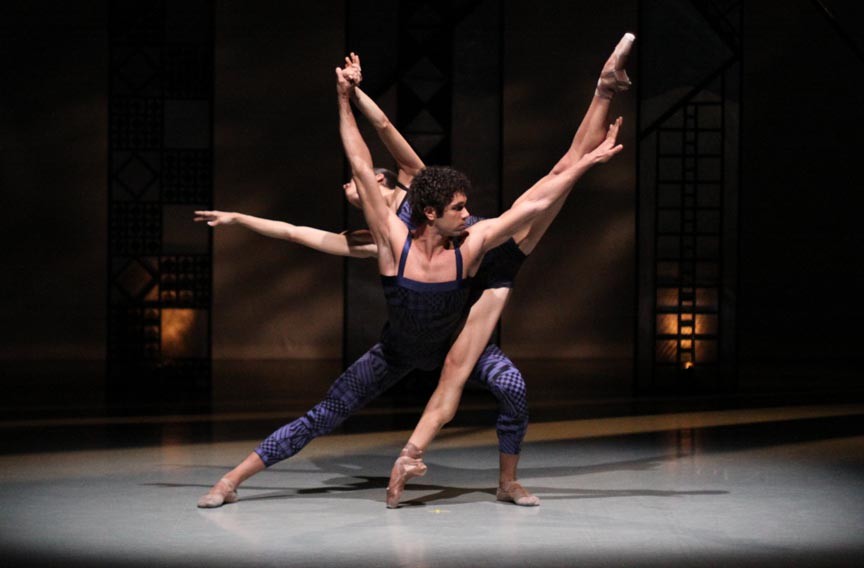 In a return to its original model for the Studio Series, the Richmond Ballet pairs new work with old: Jessica Lang's "La Belle Danse," first showcased in 2007, shares the program with the premiere of Ma Cong's "Luminitza." This kind of combination can indicate the scope of the company's repertoire and showcase the dancers' range. In this case, however, the new outshines the old.

Lauren Fagone performs with a smiling ease, graciously embodying the belle danse of the title. But the dance overall feels brittle — the dancers are insufficiently grounded to accomplish the faster sections with the genuine joy the piece clearly hopes to evoke. Given the company's regular presentation of contemporary work, Richmond Ballet dancers could benefit from some modern dance training to bring greater weight and assurance to their movement.

In "Luminitza," the dancers achieve a lusciousness lacking in "La Belle Danse," in part because of Cong's dense, highly crafted partnering. In ballet, we tend to think of the space surrounding the dancers as a box, which they activate by referring with their bodies to its planes and angles.

Cong's intimate sequences bring alive a sphere which rolls and breathes with the dancers while they move, striking conventional poses only to unspool and re-knot in unexpected configurations. In the opening duets and group sections, the piece's architectural complexity enlivens the entire stage and holds us spellbound. Maggie Small and Fernando Sabino, featured in this work, commanded attention for both their technical skill and their silky embrace of the movement.

About two-thirds through "Luminitza," the sexual dynamics implicit in the partnering begin to be amplified, so that instead of architecture we see relationship — and there, oddly, it becomes less interesting. Watching the movement for its own sake is so satisfying that the seemingly sudden layering of consciously smoldering sexuality over it felt, well, off-putting.

Now I'm no prude, and who doesn't love a slaves-of-desire approach to partnering from time to time? But from such dances we learn little that we didn't already know about sex and love.

Whereas "Luminitza," when it maintains its more abstract embrace of richly complex and sensual dancing, unzips the space before us and reveals an intimacy not predicated on desire, but on the intricate interplay of bodies moving in space and time.