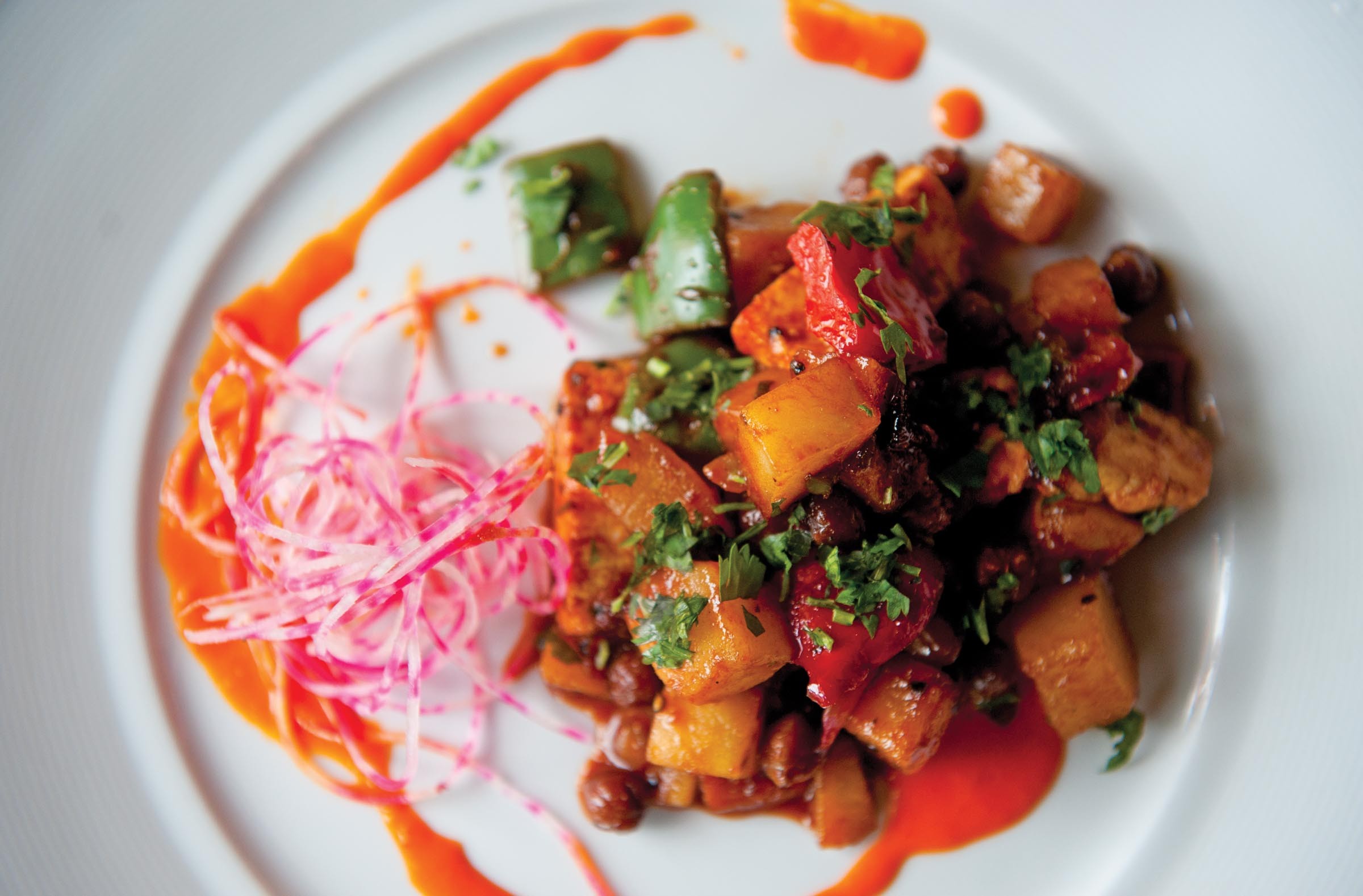 I had the misfortune of living within walking distance of the Punjabi market in Vancouver, British Columbia, while in graduate school. It was a misfortune because it set me up for a lifetime of disappointments when eating at Indian restaurants elsewhere. Few places outside of India can match the authenticity, variety or price that I found there on Main Street and 49th Avenue. I was a regular at a tiny shop that sold four veggie samosas for a dollar, a steal and a perfect lunch for a poor grad student. I still balk at paying more than $1 for a samosa, even while I now have a greater appreciation for the time it takes to make one.

Anyone who's tasted good Indian cuisine knows Richmond hasn't been an Indian food town. There are a few passable places, but many of my Indian friends still go to Washington or cook at home to get their Indian food fix. Recent additions to the suburban food scene, Lehja and Anohka, have improved Richmond's offerings, and prove that Richmonders have a taste for fine Indian dining.

Lehja's chef, Mel Oza, has had enough success to open his own restaurant, Curry Craft Indian Restaurant & Bar, in the former Bonvenue in Carytown. Since Farouk's House of India inexplicably has been the only Indian restaurant in the neighborhood and serving mediocre buffet fare, Curry Craft is a welcome addition to the neighborhood. With no buffet, Curry Craft is making higher-end and higher-quality curries with a cocktail program to match the complex flavors of traditional Indian cuisine.

Unfortunately, the service is incredibly slow. On a Friday night, my friends and I sit at one of a handful of tables in a less than half-full dining room. It still takes more than an hour from being seated to being served our food. A Friday lunch proves slightly better with only three tables filled. But I worry that a full dining room would be unmanageable for the kitchen.

Curry Craft advertises that its food is "culturally rooted, locally suited." As best I can tell this means its food is slightly sweeter and less spicy than traditional Indian cuisine, while maintaining time-honored flavor profiles. As an appetizer, the Karawali prawns ($9) are a small but flavorful dish with a tomato-based masala (spice mix) heavy on garlic and topped with an acidic vinaigrette. My dining companions enthusiastically devour the four shrimp. The mushroom-goat cheese naan ($5), which we order to accompany our meal, would be better as an appetizer. The strong goat cheese flavor works well on the backdrop of the soft and crusty naan, but competes with the flavors of the entrees.

The entrees all are on the smaller side, though the portions compare with Indian restaurants I've visited around the world. The relatively high prices, however, might lead you to expect more food. What you get is generally a high-quality, well-executed take on traditional dishes.

The chicken tikka masala ($15), a classic main course, is well done here. A bit sweeter than I'm used to, the creamy tomato broth is well spiced and studded with a few juicy bites of chicken. Lamb vindaloo ($17) has a spice that builds throughout the meal, sneaking up with a pleasantly surprising punch. The well-cooked lamb is meaty and tender, offset by the garlicky acidic sauce. There are plenty of options for vegans, vegetarians and gluten-free folks. The paneer asparagus ($16) combines classic Indian homemade cheese with a very sweet cashew, coconut and curry sauce.

Overall, Curry Craft offers solid updates on traditional Indian dishes. While the prices are a bit high and service and speed suffer, it has some of the best Indian food within the city limits. If it can work out some of the kinks, it could become a Carytown institution. S