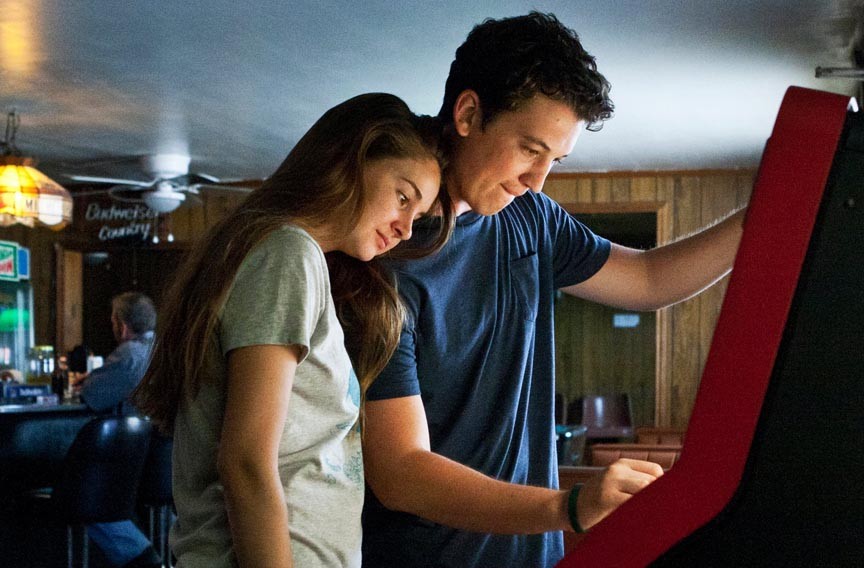 Late summer is usually the dumping ground of bad studio comedies and action films aimed at families. But this August continues a surprising trend for small-scale, personal films such as "The Spectacular Now," a story about a lackadaisical and often inebriated high-school senior named Sutter Keeley (Miles Teller) forced to confront his philosophy of life — that there's no need to worry about the future.

Sutter seems to have it all when the film opens. The 17-year-old spends his days with a vivacious girlfriend, Cassidy (Brie Larson), and a flask full of whiskey. Sutter and Cassidy are the life of the party, illustrated by the two of them getting drunk and jumping, to the cheers of their friends, into someone's parents' pool at a party. He has a high-school popularity level approaching fame, although occasionally it seems more like infamy, a realization that's just one of several cracks that begin to appear on the facade of Sutter's perfect life.

Cassidy tries to talk to him. Being the life of the party must end so that real life can begin, she argues, a possibility Sutter would rather ignore. Seeing Sutter's intransigence, Cassidy dumps him, and the nonchalance with which he lets her go is painful to witness by anyone no longer in high school.

Sutter's content to move on to Aimee (Shailene Woodley), one of the school's less popular (although not less attractive) girls. Aimee isn't as outgoing and hot to jump into bed as Cassidy, but she can tutor Sutter in geometry. He feels that's a plus. Maybe she could go get a soda with him, and why not go to prom, too? Aimee at first seems like she might be a good influence on Sutter, but by the end of the film, while the two knock back whiskey together over breakfast, you start to worry more about his influence on her.

"The Spectacular Now" telegraphs its points here and there (more than once we hear Sutter talk about living for "now" while he's drinking). A few secondary characters feel underdeveloped, particularly Sutter's mother (Jennifer Jason Leigh) and his boss (Bob Odenkirk). They likely had more expansive roles in Sutter's life in the book, written by Tim Tharp (the film was directed by James Ponsoldt, whose previous film "Smashed" also dealt with alcohol abuse).

Most unsatisfying is the film's conclusion, which feels condensed, rushed and a little too easy. Such are the pitfalls of any adaptation, but "The Spectacular Now" has plenty to recommend it as well, including the unusual bond that grows between its main characters and its slow, unpredictable pace. The film's ability to show the characters from both their own perspectives and a much broader one perhaps is its most admirable quality. 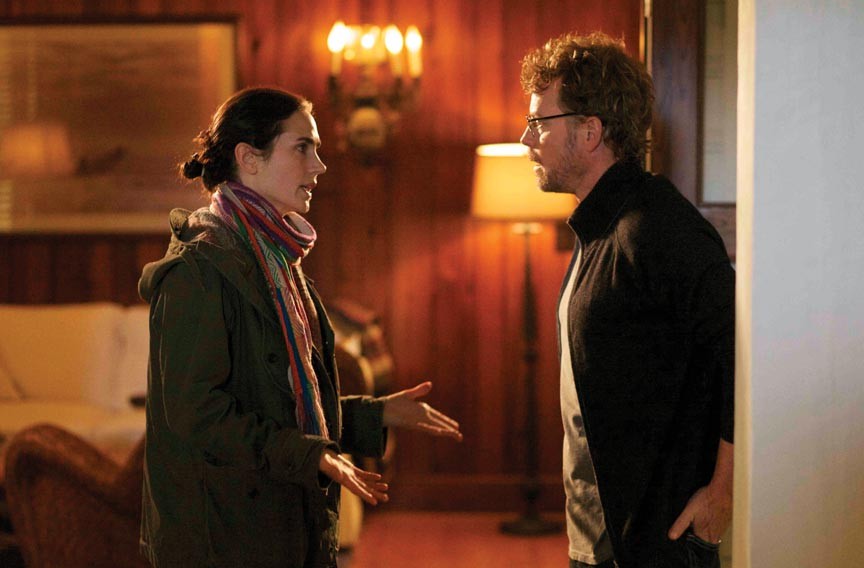 By contrast, there's "Stuck in Love," an unflaggingly one-dimensional movie starring Greg Kinnear as a successful writer who still pines — many years after his divorce — for his former wife, Erica (Jennifer Connelly), who's remarried. His children, raised after himself to be independent thinkers and writers, have their own hang-ups about relationships. They are all, well, you know, stuck in love.

Daughter Sam (Lily Collins) doesn't believe in it (not even when it comes from Logan Lerman) because of her parents' divorce; son Rusty (Nat Wolff) is enamored with a lithe, doe-eyed classmate (Liana Liberato), whose cocaine addiction is problematic. Erica might be second-guessing her second marriage to a personal trainer. "I feel like I'm watching a sitcom," Kinnear's character says, and we agree. The characters may be stuck in love, whatever that means, but the film is stuck in pure copycat mode, an audience-pleasing "Little Miss Sunshine" wannabe about a quirky family breaking apart and coming together.

Although there's an undeniable difference between the dying-to-please "Stuck in Love" and slightly more original "The Spectacular Now," it would be too easy to simply pan the former and praise the latter. There are enjoyable moments in both, just as there are faults. The difference is partly in intention, but also partly in degree. Both take their cues from proven formulas that merely appeal to different audiences. Neither puts itself out there, not really, not without a safe dose of humor and the tidy conventions of a three-act structure. These movies don't take any chances, and just like people, they need to if they really want to find love. S