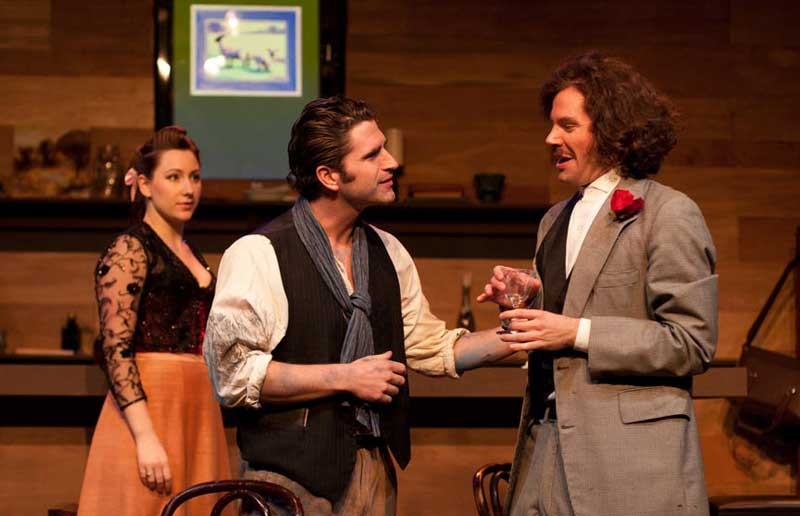 Picasso and Einstein walk into a bar. ...

This isn't the setup to a barroom joke. It's the premise of "Picasso at the Lapin Agile," a play by comedian-writer-banjo player-Wild and Crazy Guy Steve Martin, staged at Sycamore Rouge. Far from offering a simple gag, this ambitious show tackles the theme of creation.

The play unfolds in a single night — a year before Einstein publishes his theory of relativity and Picasso enters his rose period. Mincks is charismatic as the eccentric Einstein, and Bechard's intense Picasso shows a great artist in the process of self-discovery. Smith and Janosik frequently are amusing in their roles as bar dwellers, and Kuykendall brings sauciness to her role as Picasso's lover.

White and Bechard share the show's best scene, in which Germaine confronts Picasso and brilliantly dissects his womanizing ways. Phil Vollmer explodes with energy as the overconfident inventor Schmendiman, but only bothers to keep up the character's ridiculous accent half of the time.

Director Jeffrey Cole makes the most of the show's humor but doesn't always get the chemistry right. While the cast's enthusiasm for the material is unquestionable, at times the performers seem too absorbed by their independent characters and fail to play off each other.

But these are minor flaws. With "Picasso," Sycamore Rouge has proven that the creative spark is alive and well in Petersburg. S