With the AirTran-Southwest merger, will RIC take off or head into a nose dive? 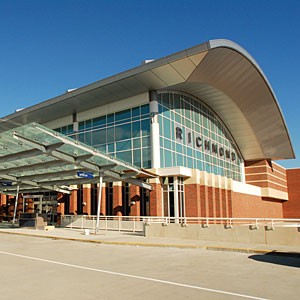 Is there such a thing as a midair crossroads? If so, Richmond International Airport may be facing one.

In response, the Greater Richmond Chamber of Commerce launched its Save Low Fares campaign Dec. 1, exhorting leisure and business travelers to fly AirTran and JetBlue and thus prove Richmond's worth as a home for both airlines.

Richmond has seen this all before. Barely a year after landing AirTran in June 2005, with JetBlue's arrival shortly thereafter, the chamber already was launching a similar use-it-or-lose-it public-awareness campaign. While ticket prices plunged and the airport underwent something of a revival, the business model was in turbulence.

Richmond's now in jeopardy of losing one low-cost carrier. It could see both pull back. Or it could win Southwest Airlines and become a thriving destination airport again. Here's an examination of what's at stake.

It seems like a no-brainer: You buy the cheapest ticket to your destination.

But research shows that Richmonders tend to be loyal to particular carriers and don't always consider the alternatives, says J. R. Hipple, chief executive of Hipple&Co. Reputation Management and a consultant to the chamber on the Save Low Fares campaign.

This may be because of frequent-flier programs, or simply because it's comfortable, Hipple says. It also has a lot to do with how other airlines respond to the low fares of AirTran and JetBlue. For example, Delta Air Lines, AirTran's chief rival, immediately dropped its prices to undercut AirTran in 2005. It does this in every market where the two compete in an attempt to drive AirTran out.

The chamber says it doesn't want people to abandon their relationships with other airlines. All it wants, Hipple says, is for travelers, especially business travelers, to ask themselves “every other month, can you fly on AirTran? I think you probably can.”

It's too early to tell what effect, if any, the campaign has had, says Kim Scheeler, president and chief executive of the chamber. December numbers for airport traffic won't be available until early January.

Right now the campaign is an information-based website — savelowfares.com — and a Twitter account, @savelowfares. After Jan. 1, Scheeler says, the chamber will mount a visible advertising campaign. Chamber officials also plan to speak to local business groups to ask them personally to opt for low-cost carriers.

Is it OK to tell customers which airlines to patronize? “We're not specifically telling them to fly AirTran and JetBlue,” Scheeler says. But a headline on the Save Low Fares website proclaims: “Fly AirTran & JetBlue or Say Goodbye to Low Fares.”

What the chamber is trying to say, Scheeler says, is that “if we don't have the competition in the marketplace, then the fares will go up.” It's a recurring theme. In 2005, community businesses did more than just ask Richmond to fly AirTran, cobbling together $1 million to subsidize the carrier's start-up costs.

“I think it's been quite rational for Richmonders to behave as they've done,” says George Hoffer, a University of Richmond transportation economist and Virginia Commonwealth University professor emeritus. They've been using Delta, he says, because Delta offers more flights and often matches JetBlue's prices.

AirTran is doing well overall but has had challenges filling its planes at RIC, Hoffer says. Looking at load factor — the degree to which planes are filled to capacity — Richmond underperforms by anywhere from 7 to 12 percent a month, Hoffer says.

To bring Richmond up to its average, Hipple says, AirTran needs to fill just 10 more seats on each daily flight to Atlanta. That's not many, he says. “A person can have an impact on that.”

There's one problem with asking Richmonders to fly AirTran, according to Hoffer. Starting in December, the airline has cut back its schedules so that four days a week, only three AirTran flights leave daily for Atlanta. That means “if anything goes wrong, a missed connection, you're doomed for an entire day sitting at the airport,” Hoffer says.

“We've got this irony that if the chamber's push is successful, its success is somewhat limited by the virtual no-capacity of AirTran for the next three months,” Hoffer says. Troy Bell, the airport's director of marketing and air service development, says it's normal for all airlines to adjust their schedules based on demand, and that AirTran will restore more flights soon.

Southwest announced in September that it intended to buy AirTran in a $3.4 billion deal, creating a high-powered, low-cost airline that would serve most of the country. Southwest, known for its lighthearted approach to customer service and its low fares, flies out of Norfolk. AirTran flies out of Richmond and Newport News.

The real concern, Hoffer says, is that there's nowhere else in the Southwest system where the airline serves three airports within 70 air miles of each other — especially airports in three smallish cities.

Although regulators have not yet approved the buyout, Hoffer observes that AirTran already has begun cutting back service in cities such as Baltimore, where it's going head-to-head with Southwest.

On its website announcing the planned buyout, Southwest says, “We are interested in serving the great majority, if not all, of AirTran's current markets.”

So in a three-way Virginia airport pull, who would lose?

“Logically, the city to go is Newport News,” Hoffer says. That airport serves a smaller metropolitan area and, because it's on a peninsula, is harder to drive to than Richmond's or Norfolk's airports. However, he points out, Newport News has traditionally been a strong market for AirTran while Richmond has underperformed.

“Whether they're going to serve all three I don't know,” Scheeler says. “Nobody's talking at this point.” In his opinion, Richmond's conversations with Southwest should be about expanding service, not begging the airline to stay. The chamber is researching cities Southwest serves that see a lot of Richmond business travelers — cities such as Nashville, Tenn., where Altria and HCA have large presences.

Hoffer says he thinks it's a long shot that Richmond would lose Southwest-AirTran service because of the city's geographic superiority. Travelers come to the Richmond airport from as far west as Charlottesville and Lynchburg. The more congested Interstate 95 gets, the more attractive Richmond becomes to Fredericksburg-area residents. Richmond is a “beautiful airport,” Hoffer enthuses, with new facilities and the capacity to expand: “Easy in, easy out.”

What happens if Richmond loses both JetBlue and AirTran?

Hipple, the PR consultant, says that in terms of economic impact to Richmond, nothing that he's seen in the last two decades can compare to the arrival of low-cost airlines. The chamber estimates that businesses and individuals save $80 million each year in ticket costs because of AirTran and JetBlue.

Without low-cost carriers, Hoffer says, “we're back again to the '90s.” That's when Richmond had some of the highest fares in the country and was the second-largest metropolitan area, after Cincinnati, to be without a low-cost carrier. “If you lose 'em,” Hoffer says, “then nobody can take their place.”